If, when you hear the word “Mummy” you think of Brendan Fraser, Lon Chaney, or Scooby and the Gang, the people at the American Museum of Natural History would like to have a word with you. The museum’s newest exhibit is dedicated to the subject and the cultures that practiced this method of preserving the dead, and it’s guaranteed to (literally) change how you see mummies. 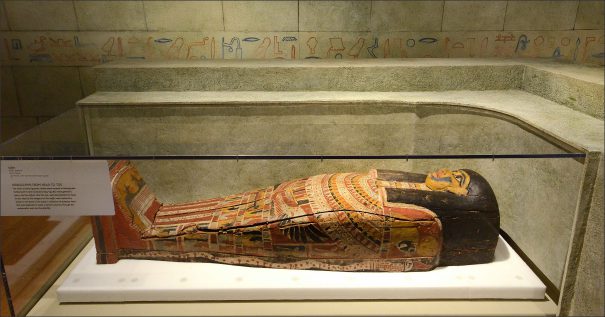 Mummies Like You’ve Never Seen Before
Originating from The Field Museum of Chicago and making its East coast premiere, Mummies showcases not only one of the largest collections of mummies housed in North America, but also how technology has revolutionized the way archeologists study these sacred remains and artifacts. 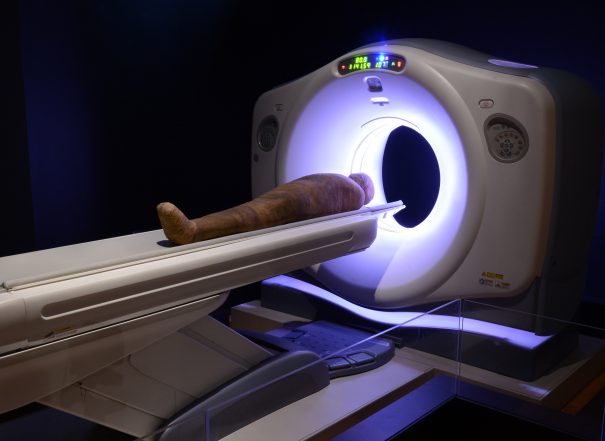 Mummies, 2.0
The big breakthrough, highlighted by the massive CT scanner and mummy at the entrance to the show, is the use of new technologies in the study of ancient mummies, many of which enable scientists to learn more about mummies, while disturbing them less.

The exhibit demonstrates this in a variety of ways, including presenting mummy bundles and sarcophagi and x-ray images of what lies inside them, side by side. Yet another application is the production of objects buried with individuals via 3D printing. So, for example, a small guardian figurine can be observed on a CT scan, photographed from every angle, and then a replica of it can be printed — all without disturbing its placement. (Visitors can touch a variety of objects produced with this method throughout the exhibit.) 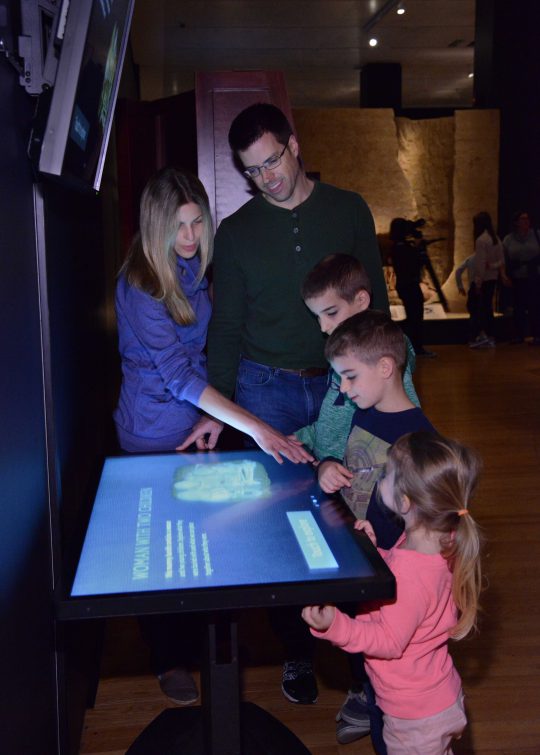 Hands-on, Sort-of
The exhibit also allows visitors to view, and manipulate, the 3D scans of various mummified remains, via interactive kiosks. Using touch-screen technology, users can zoom in, view cross-sections and layers, and see specimens from every angle. 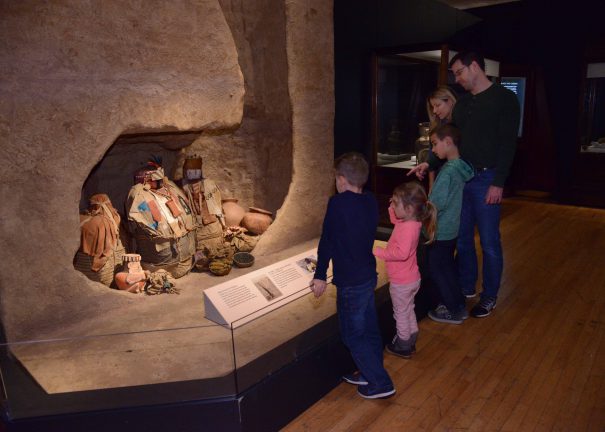 Technological and Cultural
But make no mistake: while Mummies harnesses the power of technology, it is not just about the cool technological advancements in the field. In fact, curators emphasize that these advancements deepen our cultural understanding of the tradition and the people who practiced it.

Not Just Tut
You hear the word “mummy”, and you expect Egypt. And yes, part of the exhibit is dedicated to  examining the role and practice of mummification in ancient Egypt.

However, the show looks at the burial ritual of two cultures, the second being that of Peruvian people, who practiced it as far back as 5,000 years — before the Egyptians.

Both cultures practiced mummification, but in different ways, using different methods and for different reasons. Mummies does a great job of exploring those differences, as well as providing examples of both the mummies and cultural artifacts associated with them. 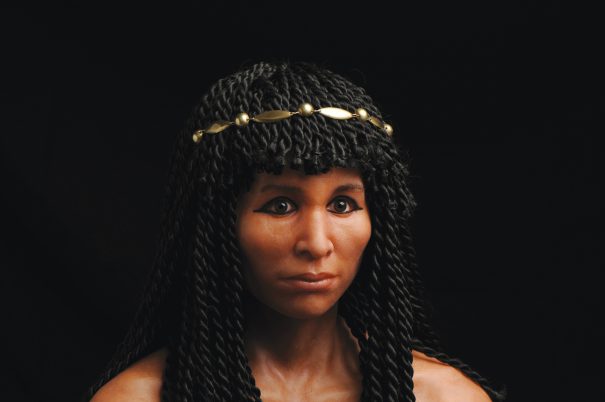 The Show-stoppers
While all of Mummies is quite impressive, the show-stopper of the show for us is at the very end, where the technology and humanity come together for powerful results.

CT scans of two mummies on display — one a middle-aged woman, the other, an Egyptian male teen — are used to create 3D models of the individuals’ skulls. The models are then used as a base for a reconstruction of the woman and the teen’s heads, as created by renowned artist Elisabeth Daynes, who built facial muscles and skin layer by layer. The result is that you are “face to face” with two people from millennia ago.

Will you take the kids to Mummies? Tell us in the comments below!