Two years, $69 million and an additional 50,000 square feet later, the Queens Museum reopened its doors earlier this month to reveal a new and greatly improved cultural center. It’s bigger, better and fun for kids. Keep reading to find out why. Where an indoor ice skating rink once stood, a huge open-air gallery now dominates underneath a 48-foot-high atrium, which showers the area with natural light. A series of galleries surround the old ice skating area, full of works by both international and local artists. The museum has also opened a new café on the first floor, which serves tasty sandwiches and pastries. What Kids Will Love

The museum’s crown jewel is still what it was before its makeover: the Panorama of the City of New York. This 9,000-square-foot architectural model of all five boroughs will elicit oohs and ahhs from everyone in your family. Kids can walk around the model on elevated walkways and watch as tiny airplanes take off from LaGuardia Airport, point out their favorite skyscrapers, and maybe even spy a miniaturized version of their apartment building. Peter Schumann’s exhibit “The Shatterer” features two large-scale installations, which feature puppetry, drawing and papier-mâché sculpture. The artwork is completely drained of color, and entering the exhibit space is a bit like walking into a black and white movie. Kids will be wowed by the larger-than-life cartoonish animals and people and enjoy flipping through oversized handmade books on display. Located on the second floor, “An Inclusive World” is a traveling group exhibition that brings together self-taught and formally trained artists. Kids will get a kick out of Issa Ibraham’s Super Supper, which imagines superheroes in Leonardo da Vinci’s Last Supper. They’ll also dig the odorama of Vida Sabbaghi’s Untitled (face 1), which is a bas relief made out of spent cigarette butts. One whiff is better than any public service announcement on the harmful effects of smoking. Hands on Fun for the Whole Family

Executive Director Tom Finkelpearl is a big-time tennis table fan and, for the inaugural weekend, installed ping pong tables in the museum. Set up outside the Panorama area, kids and adults can squeeze in a few games between visiting exhibits. And if they’re lucky, the kids can challenge Mr. Finkelpearl to a game. (No word yet if the ping pong tables will be a permanent fixture, but we hope so!)

The Queens Museum will continue to hold its weekly drop-in family workshop on Sundays from 1:00 pm to 5:00 pm. From building monsters to designing city blocks or making puppets, in these classes, kids use the Museum’s artwork as a jumping-off point for their creations. No advance registration is necessary (yay!).

In 2015, both kids and parents can expect to see a new library branch that will be housed within the museum – the first of its kind. And coming this April, mom, dad, and other art connoisseurs can look forward to the exhibit Andy Warhol’s Most Wanted Paintings, which caused a sensation when they were first displayed at the 1964 World’s Fair almost 50 years ago. The museum is located within the 898-acre Flushing Meadows Corona Park. Smack dab in front of the 12-story-high, fountain-encircled Unisphere, the museum is walking distance from playgrounds, skateboard parks, and soccer fields. 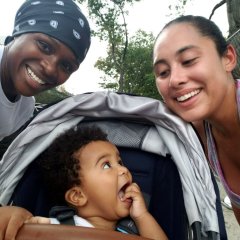 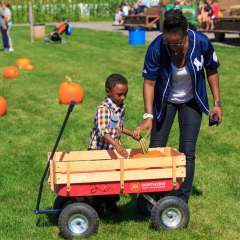 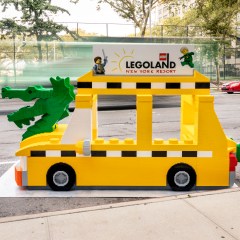 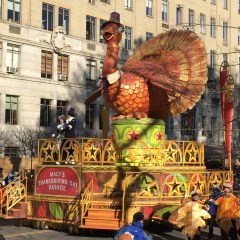