Jazz great Louis Armstrong may have been born in New Orleans, but he made his home in Queens from 1943 until his death in 1971. Now, New York City kids and their parents can learn all about the groundbreaking trumpet player and internationally acclaimed singer via a variety of exhibits and shows geared towards fans of all ages. Through Sunday, November 18, catch this hour long, one-man show of Satchmo himself (played by Jeremy Giraud Abram) defending his life in front of God (in an invisible cameo role), the Angel Gabriel (he’s the other guy with the trumpet)… and a theater full of enthusiastic families. A few lucky kids even get to go up on stage to learn Pops’ famous dance moves. Though younger tots may have a hard time understanding what exactly is going on, not to mention the references to American Jim Crow laws and Louis’ listing of his multiple wives and how they became exes, the music, highlighting standards like “What a Wonderful World” and “When the Saints Go Marching In,” keeps them engaged and bouncing along in their seats for the duration of the performance. Afterwards, there’s even a chance to meet and chat with the actor! The show offers two performances a day on both Saturdays and Sundays, and will soon be going on tour to Stanford, CA and other locations. So keep an eye out for its return to the city. “Louis Armstrong: Jazz Ambassador” was staged in coloberation with the Louis Armstrong House Museum, which is open every day except Mondays for tours that leave on the hour.  Visitors stroll through the house where Louis and Lucille Armstrong made their home for close to thirty years, seeing not only Louis’ gold records and art collection, but also photos of the family with members of the community. A highlight of the tour is Louis’ office, where guests can listen to recordings of him working on a new song, see his handwritten notes on sheet music, and kids can ask questions about the other exotic items they’ve never seen before – like the reel-to-reel tape recorder, and a phone that seems to require sticking your finger in a slot and turning it? There is also the outdoor garden, complete with koi pond. Annual family friendly events at the House Museum include trick-or-treating and crafts in the Fall, a birthday party on the 4th of July complete with cake for all, up and coming jazz artists performing outdoors in the Summer, and even a Jazzmobile Block Party with hula-hoop contests to really get the joint jumping. School visits are also available. A Horn for Louis
Either before visiting the house, to get the kids excited, or afterwards, in order to impart more information, the children’s book, “A Horn For Louis,” presents a simplified version of Louis’ early life and the story of how he acquired his first instrument. As a seven year old boy, Louis worked for a Russian immigrant family of junk dealers in New Orleans, who loaned him the money to buy his first trumpet – as a Hanukkah gift, no less!  Knowing that will help explain why Louis always wore a Star of David around his neck, as well as some of the other artifacts around his house. If your kiddo isn’t quite up for chapter books, hour long theater, or a trip to Queens, start them off slowly – and colorfully – with a larger-than-life polyurethane foam, resin and steel statue of Louis Armstrong, erected as part of a series of whimsical installations on the Upper East Side. Seeing his sparkling coat and glistening trumpet may be just the thing to kick-start a lifelong interest in music. Or it could be kind of fun to climb on, too.

For jazz-loving moms and dads who’d rather their little guys be scatting and bopping to “Wonderful World” over “It’s a Small World,” or humming “Blueberry Hill” as they turn their mouths and palms purple, New York City is the place to be! They even have jamz for “hipsters” as young as six months old!  Check out a complete list of Jazz for Junior classes, here.

“Like” this story below if you plan to teach your kids about this iconic musician by visiting the above sights.

— Alina Adams (she took the photos too!) 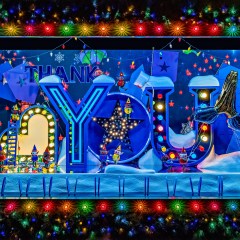 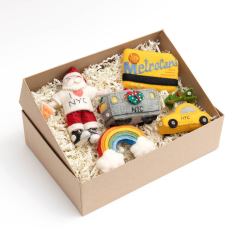 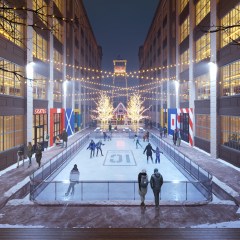 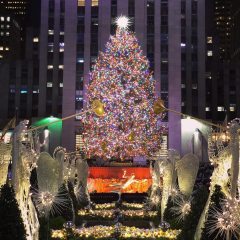 Very Cool! Museum Exhibits to See This Winter with Kids 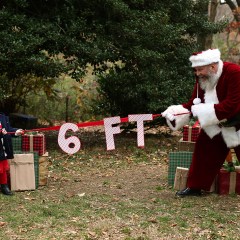 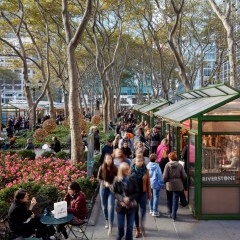