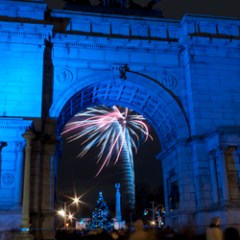 Letting the kids stay up late to ring in 2017? Go to Grand Army Plaza to catch entertainment, drink hot chocolate and see dazzling New Year’s Eve fireworks. You can also view the show inside the Prospect Park on West Drive and along Prospect Park West between Grand Army Plaza and 9th Street. And this year is the 150th Anniversary so expect everything to be bigger and better!