“New” is a big buzz word in this town. We’re always hearing about new restaurants, new shows, new buildings — even the hot neighborhood on the rise. New parks, however, are few and far between. But in early June, the city opened a brand new park—the Highbridge. Stretching more than a quarter-mile across the Harlem River and Harlem River Drive,  the structure from which the park gets its name connects more than just two boroughs, it also links visitors to New York City’s past. We headed uptown to give you the scoop on the new and improved spot. 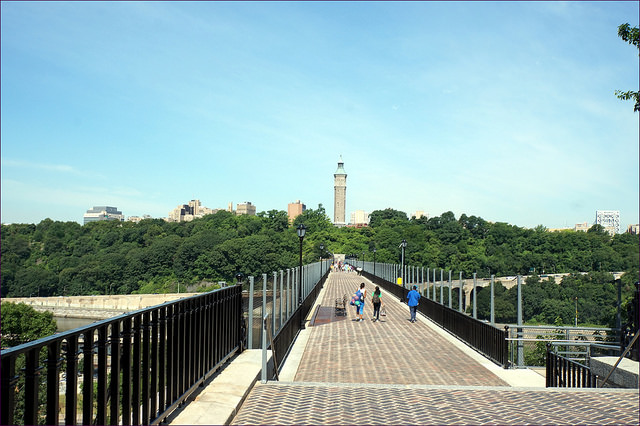 The oldest span still standing in New York City, the Highbridge was originally constructed from 1837 to 1848, and served as a Romanesque aqueduct carrying fresh water from the Croton Dam 41 miles north, to two reservoirs in Manhattan. Resting on a series of elegant stone archways, the 140 foot-high pipeline was an engineering marvel at the time, using gravity to pull water into the city.

Between 1861 and 1864, the bridge’s pipe system was expanded and a brick walkway was added to the top of the bridge, beckoning visitors from around the region to come and enjoy a scenic stroll; day trippers came by steamboat and streetcar to do just that. (A plaque on site depicts well-heeled pedestrians sporting top hats and parasols and a wooded countryside in the background.) In 1928, the narrow stone arches were replaced with a wide steel arc that was better-suited for the big barge traffic of the time.

By the 1960s, fashionable walks over the river were no longer in vogue, and the surrounding neighborhoods, like most throughout the city, were falling into decline. The pedestrian walkway was closed by 1970 — it was illegal to cross it —  but revivalist talks began as early as the 1990s. By 2006, plans and funding were well underway to restore the Highbridge to its previous grandeur. 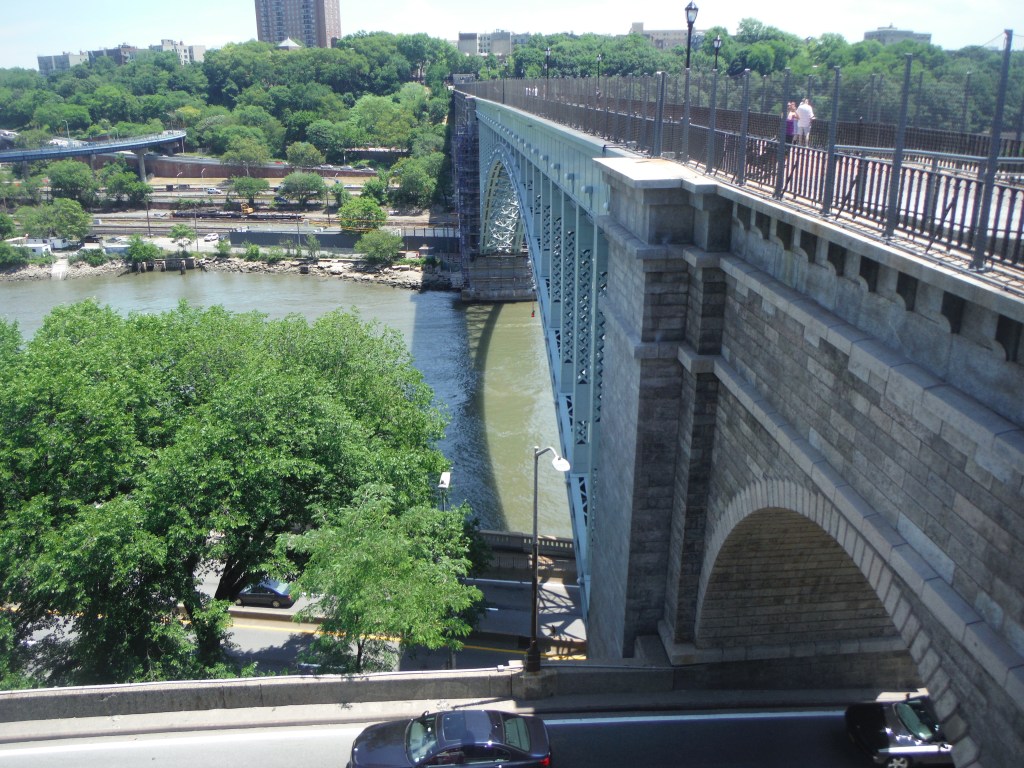 You Can See For Miles and Miles

Nine years of restoration and construction has resulted in an awesome experience that rivals a walk on the Brooklyn Bridge, The High Line or Walkway Over The Hudson. (You can learn about the improvements to the Highbridge here.) From the center of the span looking south, you can easily see the Freedom Tower, Empire State Building, Chrysler Building and the New York Times building; looking north, you get a unique perspective on the incredible cloverleaf system that routes drivers around the Major Deegan Expressway in the Bronx. From the uncommon vantage point, visitors can also observe that northern Manhattan is still a thickly-wooded and very steep escarpment, probably not too dissimilar from the landscape the area native Lenape Indians would have known.

Informational plaques along both sides of the bridge help give historical context to the bridge and the views, with events unfolding chronically when you walk from the Bronx toward Manhattan—the direction in which water once flowed. 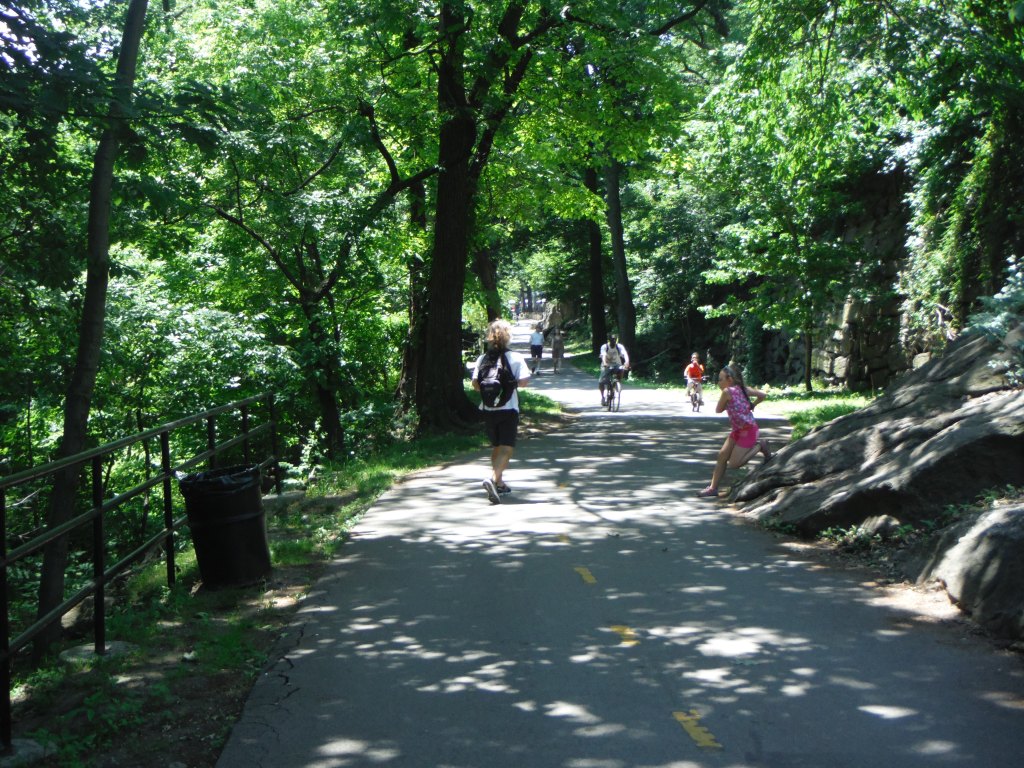 How to Get There & What You’ll Find

Take the 1 train to  the 168th Street/Washington Heights stop. If you have a stroller or toddler, you probably want to head southeast to 167th Street and Edgecombe Avenue where a ramp brings you through a series of basketball courts to a paved pathway along the Highbridge Park escarpment.

From the subway you can also head northeast to the park’s entrance at Amsterdam Avenue and 174th Street. Along the way, John B. Jervis’ 1872 Highbridge Water Tower will come into view on the horizon. Enter Highbridge Park near the park’s recreation center, where you’ll see a playground and massive pool complex on your left.  Nearby you’ll find Water Tower Terrace, a shady, bench-lined promenade currently featuring an ingenious public art installation entitled Oh Sit!:15 Sculptors Consider the Chair. The Terrace leads to a very steep staircase that ends at a paved path that leads to the bridge. Breathtaking views await you!

The park surrounding the bridge itself is home to the aforementioned pools, playground and rec center, as well as popular biking trails, spots for barbecuing, basketball courts and athletic fields and a skate park. 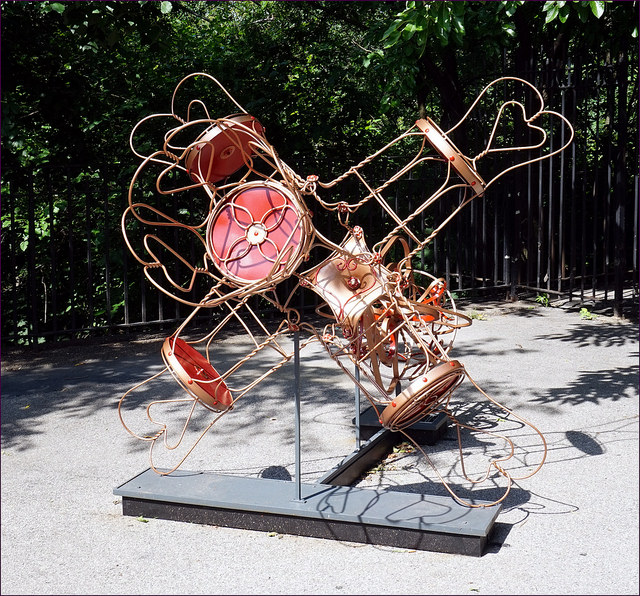 Come Celebrate the Highbridge on July 25

The High Bridge will be hopping on July 25 from noon to 4 p.m. with the free High Bridge Festival. The celebratory festival will commemorate the re-opening of the iconic Highbridge with fun events including historical walking tours, outdoor fitness, public art, a scavenger hunt and more. That evening, a SummerStage concert featuring Jose Peña Suazo y La Banda Gorda will take place at 7:00 p.m. 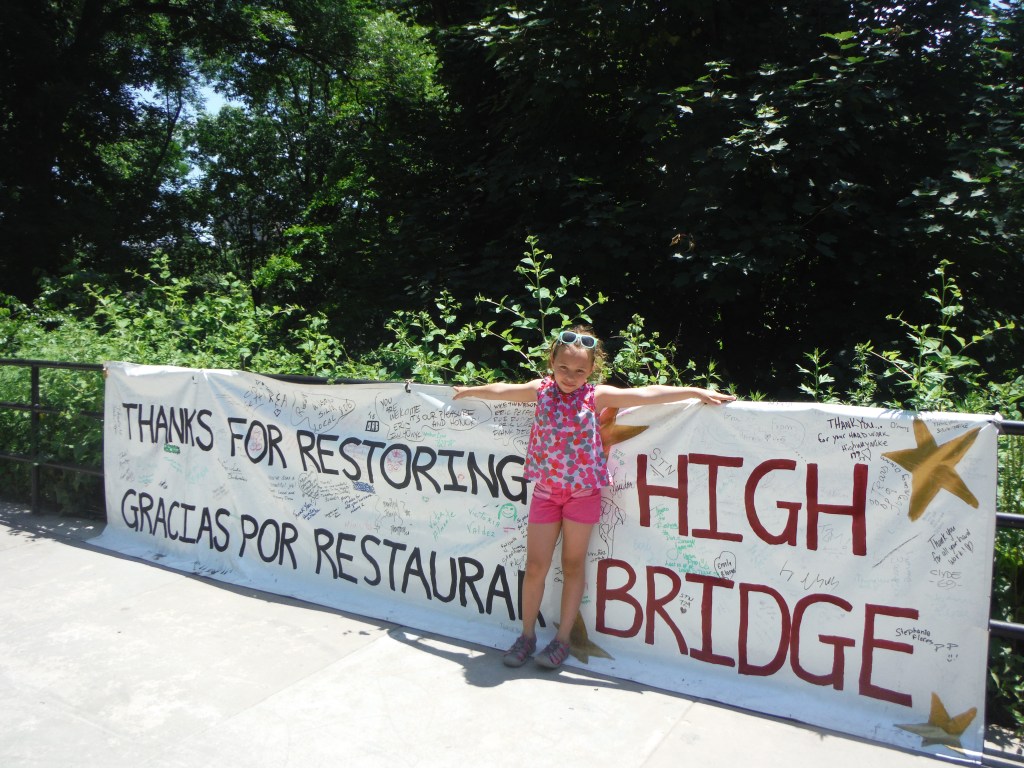 Have you visited Highbridge Park? Let us know what you thought in the comments! 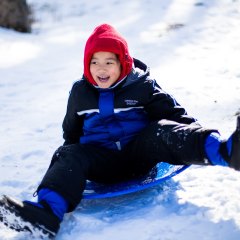