Shocker: today’s workplace/lifeplace/playspace is changing. That is, it’s likely at least one person in your household isn’t doing the typical 9-to-5 thing.There are more freelance-whatevers than ever before in NYC, and the marketplace is responding with a bumper crop of coworking spaces to accommodate the new way many of us now work. But as we’ve written about before, somehow what to do with the kids isn’t always (read: kind of never is) in the equation. The women behind The Workaround, a new coworking operation in Brooklyn, have established a solution that, uh, works, for both you and your kids. 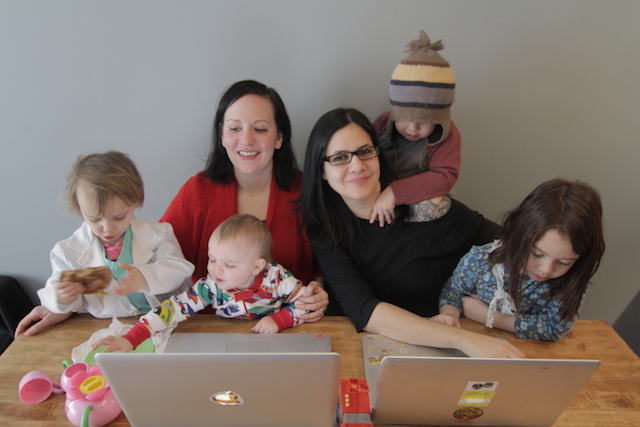 So, What’s The Workaround?

The brainchild of Williamsburg residents (and parents) Selena Beal and Amy Butterworth — freelancers in the worlds of television production and web design, respectively— The Workaround provides coworking spaces with childcare in the Brooklyn neighborhoods of Williamsburg and Bushwick.

Launched just last month, The Workaround curently hosts coworking sessions at local watering hole and event spaces The Cobra Club (Bushwick) and Videology (Williamsburg), and it’s already attracted the attention (and dollars) of parent journalists, designers, teachers, activists and yes, moms or dads who just need to write some e-mails or pay some bills without worrying about the kid.

Three-hour coworking sessions are hosted on multiple days and times, and are booked and purchased online at The Workaround’s site. The current rate is $30 per session, per child; four-packs are available for $100, and a sibling discount is in the works. Bonus: every potential client gets a free trial. 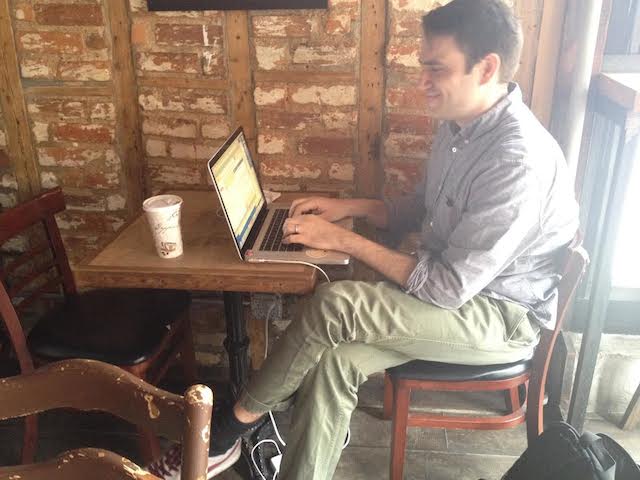 Who Can Use It?

The Workaround is currently open to parents with kids ages four weeks to four years old; the maximum amount of kids in each session is six, with a limit of two infants per session.

How Does It Work?

Every Workaround venue features two distinct spaces: one for the adults working, one for the kids and hired caregivers. (The Workaround finds its childcare providers through Sitter City and Urban Sitter, interviews every candidate and checks all references. Additionally, the same caregivers are present at individual sessions to provide parents and kids with continuity and familiarity.)

Lest you be concerned your child is crawling around on the floor of a bar, don’t be. The childcare spaces at Workaround venues are clean, spacious and well-lit, and in addition to hosting Workaround childcare, are used for kids’ birthday parties, yoga classes, and more at other times. 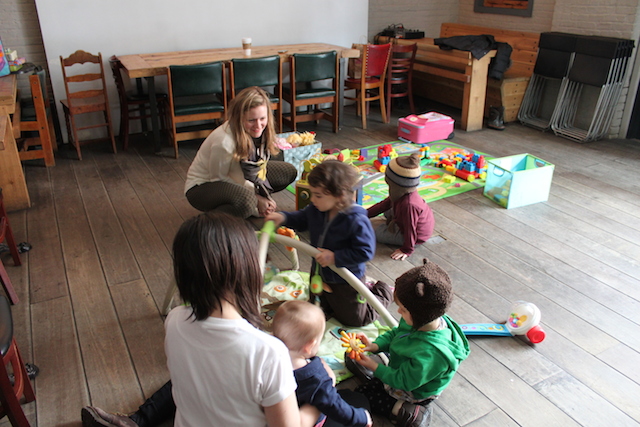 What Do I Get?

Aside from three hours to be super-productive, quite a lot, including work-ready tables and chairs, free WiFi,  and complimentary coffee and tea. You can also be with your child as little or as often as you like, so if you have a child who needs a little help separating, that’s fine. Another option provided to nervous parents: a video monitor.

Kids get a pretty sweet deal too, with a fruit and veggie buffet, clean toys like train tracks and Duplo blocks, and music. Additionally, the three hour session is loosely structured with free play, storytime, songs, etc. to keep kids engaged and interested. (Kids even sing a “goodbye” song to parents as a semi-formal sendoff to the workspace.) 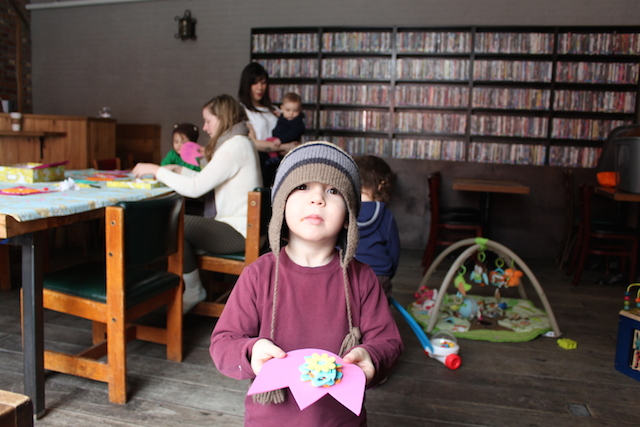 What’s Next for The Workaround?

The April schedule is up and accepting bookings now. For the duration of the spring and summer, The Workaround will continue to take place at rented venues in the Williamsburg and Bushwick, however this new family-friendly coworking solution may settle into some permanent digs come the fall. (You’ll read about it here first!)

The Workaround
Coworking for Parents and Children in Brooklyn
email: hello@theworkaround.nyc
Online: workaround.nyc

Have you tried The Workaround? Tell us about your experience! 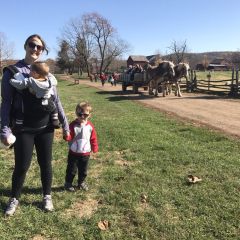