See Stars (and More!) at Free Columbia U. Astronomy Nights

You might think that New York City is one of the last places for quality star-gazing, and to some extent you’d be right; views of the Milky Way in all its glory aren’t happening here. However, the Big Apple is home to both some high-powered and historic observatories, as well as the big brains (read: academics) who come to New York to study the science of sky and beyond. Here’s the best news: you and the kids can take advantage of all of this for free, through Columbia University’s Astronomy Public Outreach program. Outta sight! 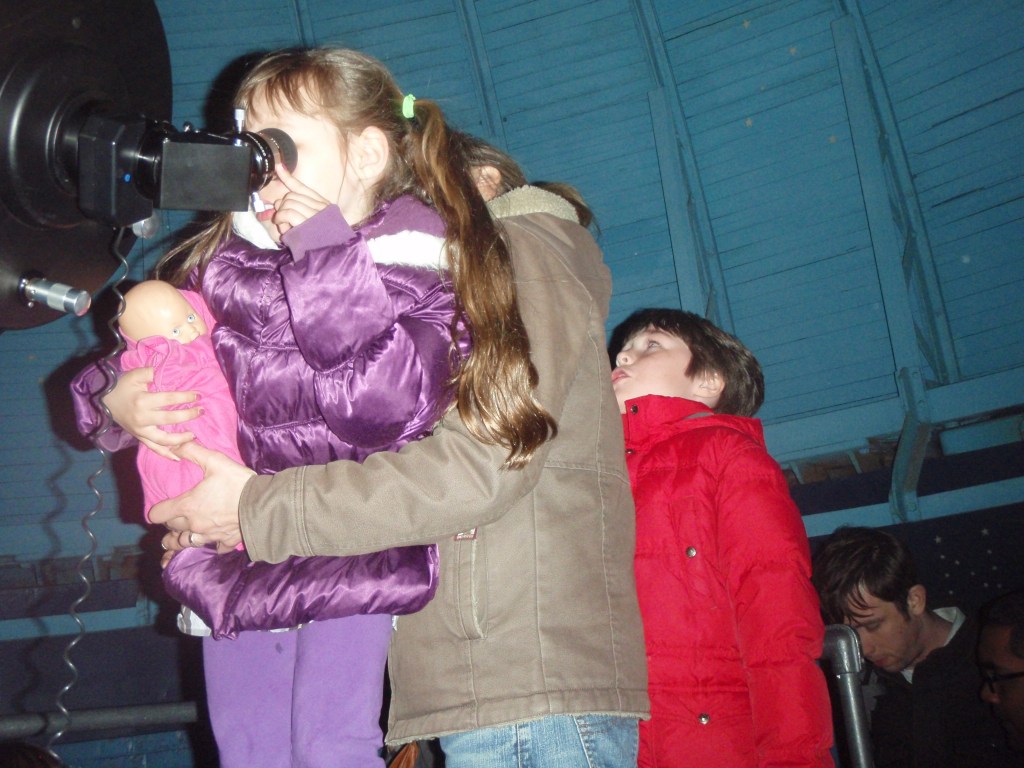 The events are geared towards families with children of all ages, as well as scientifically-curious adults, and start around 7 p.m. in winter when the days are shorter, and at 8 p.m. or after in summer when night falls later. (We suggest packing a picnic and enjoying Columbia’s resplendent lawns as you wait for show time in summer months.) 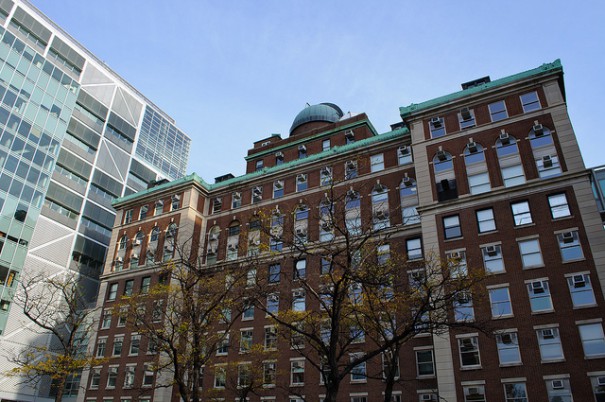 Program of Events
The evening kicks off with a mind-opening 30-minute lecture that includes big-screen visuals that bring a complicated astronomical topic down to earth for laypeople. Next is a Q&A during which the presenters—many of whom are renowned in their field—answer questions from fellow researchers and children alike. (To be honest, they seem to have a bias toward calling on the children in the crowd.)

Finally, everyone is invited up to the historic Rutherfurd Observatory, located on the roof of Columbia University’s Pupin Physics Laboratory, which also happens to be a National Historic Landmark. In these hallowed halls, the atom was first split in 1939 and the Manhattan Project—the secret project to develop the first nuclear weapon during World War II—was launched.

Visiting the roof is weather-dependent (call or check the website), but the talks are held rain or shine. On a clear night—even in winter—the program can attract some 300 visitors, but even on a recent cloudy night with no roof access, the 275-seat lecture hall was near capacity.

The talk we heard, “New Horizons: The Pluto Encounter,” featured stunning new, up-close photography of Pluto’s surface and five moons, two of which were discovered during the space telescope New Horizon’s recent voyage. The speaker, graduate student Lauren Corlies, explained how images captured by the telescope are sent from space to earth. She also unpacked current thinking on Pluto’s surprisingly varied topography, which we now know includes massive craters and ice volcanoes. The next event, featuring the talk  “The Explosive Origins of Our Elements” is Friday, April 29, at 8 p.m.

During the summer summer the events are held monthly, and the lectures are replaced by sci-fi flicks, followed by curated discussions that help the audience distill fact from fiction. Then the astronomers bring powerful, portable telescopes out onto campus to provide views of the cosmos to attendees and passersby. 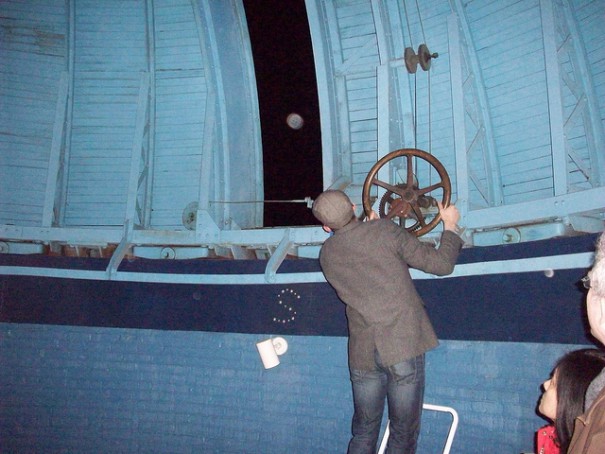 Up On the Roof
The 90-minute roof scene is run by graduate students in Columbia’s astronomy program, all of whom clearly love this volunteer gig. (Who wouldn’t enjoy talking about their passion and life’s work to a rapt audience?) The Laboratory is home to two antique observatory domes: one large, that is accessed via a steep, narrow staircase, and a small one that stargazers crawl into.

Both are exciting to enter, but the large wooden dome is particularly awesome as an artifact in astronomic history. Built in 1927, it has been continuously maintained, but because of its landmark status, it has not been renovated or upgraded. The dome is opened and later rotated throughout the night (to keep up with the earth’s rotation) by way of hand cranks that creek and roll the roof into action with a tremendous rush.

Visitors take turns stepping up to a dais where a roof volunteer helps people zero in on particular stars, planets, and constellations. Smaller children stand on a stool or step ladder and must be held by an adult. If there are enough small children on line, the volunteers might treat everyone to a slow but exciting ride as they raise the old mechanical floor to effectively shrink the dome and give children easier access to the telescope. (When this happens, adults have to kneel.) 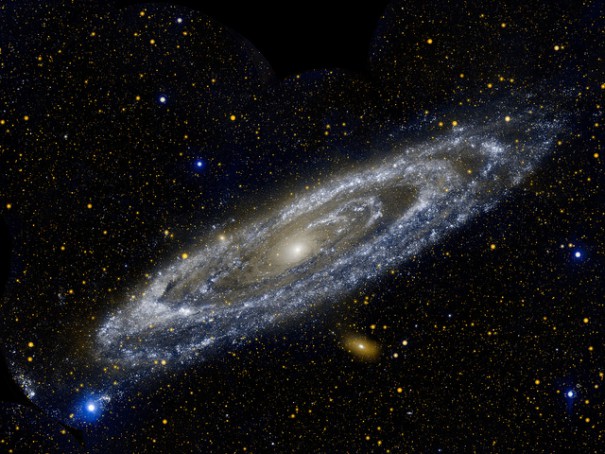 Constellations on View
Depending on the earth’s location, any number of planets—Saturn, Jupiter, Venus, and Mars—might be on view, along with Betelgeuse, a big red star that (relatively) is about to explode, and close-ups of major constellations such as Cassiopeia, the big and little dippers, Orion’s belt, and much more.

The dome’s light blue interior is also decorated with various constellations, including Orion, Deneb, Vega, Albireo. As you chat with graduate students along the way, you also learn about various subspecialties in field with far-out names such as galactic and extragalactic astronomy, asteroseismology, exoplanet research, and compact objects—an area that includes black holes and neutron stars.

Have you attended a Columbia Astronomy Public Outreach Program event as a family? Tell us what the kids (and you) learned in the comments!