The first and most important thing to know about Children’s Day at the South Street Seaport, this year scheduled for Sunday, September 30, is that when they say the event will be from 12:00pm – 4:00pm rain or shine, they aren’t kidding.  They’ve held this day while the sun shines brightly.  And they’ve held it while buckets have poured from the sky.  So be prepared either way.

The second, equally important thing to know, is that there’s a very good chance Elmo might show up, live and in furry person.  And that this may very well trigger squeals of glee and attempts to rush the stage unmatched since The Beatles first visited Ed Sullivan.  (And, for you younger, hipper Moms and Dads, think… Courtney Cox jumping on stage with Bruce Springsteen.)

If you’re under four feet tall, Children’s Day at South Street Seaport is all that… and more. Celebrity Corner
The fact that this event is free, open to the public, and geared for families guarantees a madhouse to begin with.  The fact that, in the past, performers and guest-stars have included Angelina Ballerina, Princess Katie and Racer Steve, Buddy from Dinosaur Train, the Berenstain Bears, Clifford The Big Red Dog, Curious George, Madeline, and the Martha Graham Dance Company (always a kid favorite), means you absolutely cannot miss this year’s blow-out and still keep your rep as the coolest family on the block.

Tower of Babel On
New York City is a multicultural town.  Not only does it offer classes in Spanish, French, Hebrew and Mandarin for kids who can’t even speak English yet, but, at South Street Seaport, they don’t just headline any old kids’ musical act – they’ve got the Bilingual Birdies rocking the house in Spanish, French, Hebrew and Mandarin, followed by an all-around Global Dance Party, lest any Italian, Russian, Urdu, Cantonese or English speakers feel left out.

Crafty Kiddos
While music is playing outside, there’s art happening indoors (most especially if it happens to be raining).  Children’s Day at South Street Seaport usually sponsors an Arts & Crafts Pavilion with representatives from the Brooklyn Children’s Museum, the Children’s Museum of the Arts, Dinosaur Train, Face Painting, Sony Wonder Technology Lab, and more.  This area is equally as packed as the one outdoors, with the key difference being that while everyone can listen to music at the same time (even if your view isn’t the best because Daddy decided no, he will not be putting you on his shoulders for the entire duration of the festivities), with arts & crafts a lot of waiting your turn in line is required.  However, NYC parents are a savvy crowd and can turn this to their advantage by remembering the Marshmallow Test.  Science has proven that children who are taught self-control and delayed gratification do better on their SATs.  So you can make this an educational moment.  Or you could just bring a bag of marshmallows to distract them. All Aboard (And Up!  And Over!  And Around!)
To quote Dr. Seuss: A train!  A train!  A train!  A train!  The South street Seaport has a train!  Its name is the Seaport Express.  Kids can ride it for free during Children’s Day.  There’s also an Imagination Playground, which is free to play on today.  And every day.  So while it may be a great option to redirect your children if every other outlet is packed, Children’s Day is not the time to focus on it, since it will still be there long after Elmo has packed up and gone home.

Drop the Shop
The same goes for the shops.  The South Street Seaport has children’s shops.  And they will naturally be open and trying to grab your attention, not to mention your wallet, on Children’s Day.  It is best to walk by them quickly, lest this free day… escalate.  The same goes for the Food Court.  Save Nathan’s Famous, Anna Maria’s Pizza, and especially the Toll House Café for after the fun is done.  On the other hand, do be aware that there’s a Margarita Bar.  In case you want to have some fun, too.

The Where is There
How do you get to the South Street Seaport in order to partake in the fun?  Well, according to their website, they are accessible by subway, bike, car, bus and helicopter (in case you were planning to dust off the latter).  What they neglect to mention is that taking the 2, 3, 4, 5, A, C, J, Z to Fulton St. or the E to World Trade Center puts you kind of in the general area.  But, you’re hardly there-there the moment your disembark.  Getting to Children’s Day requires a bit of a walk and, once you get there, it’s mostly standing around, either waiting in line or swaying in a toddler version of a mosh-pit.  So if your child is young or fussy (or, God forbid, both), make sure you have a stroller handy; preferably a small, easily maneuverable one.  Or else it really will be Daddy’s shoulders or Mommy’s arms or bust.  And nobody wants that.  Especially in the rain. Details about Children’s Day at South Street Seaport 2012 were still being finalized at press time.  If there is an act or band you particularly want to see, check their website: http://www.childrensdaynyc.com for a definite schedule closer to September 30.

Share your inside scoop about the Children’s Day at the Seaport in the comments section!

Photos provided by the Facebook page of Children’s Day at the Seaport and by Alina Adams. 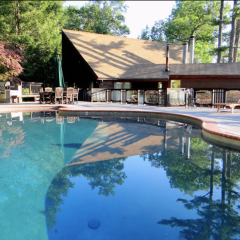 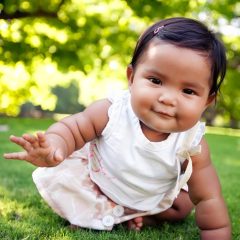 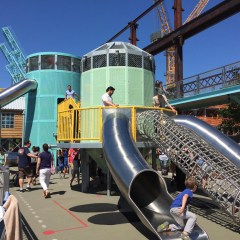 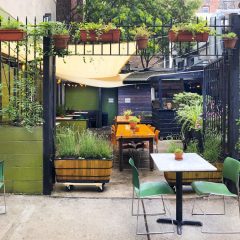