Best Theater Shows for Kids This Winter in NYC

Baby it’s cold (or slushy, or wintry mix-y) outside! One solution for winter weekend woes is to head to a show. New York City is a theater town, and there are lots of theaters here that cater just to kids. Plus, you’ve got Sesame Street Live rolling in to town for a giant run. We’ve rounded up some of our favorite shows for kids this winter, including big musical productions, more than a little bit of magic, puppetry, and more. Snap up some tickets today for a guaranteed weekend plan! 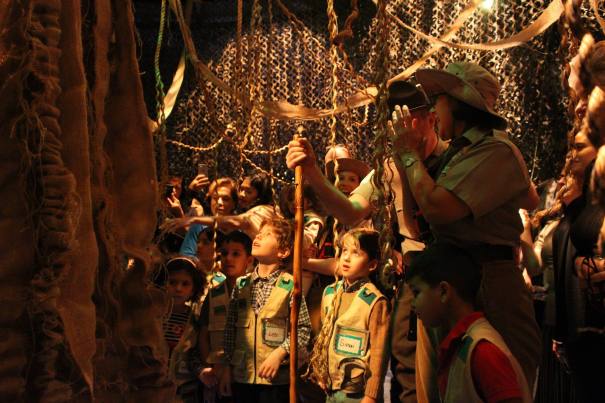 For an Immersive Adventure: Pip's Island

Pip's Island, the interactive and immersive show that premiered back in 2016, has returned to New York City! The fantastical production, designed for kids ages 4 -10, begins previews March 11, and opens March 21. Audience members move through imaginative environments, help characters along the way, and play a part in helping save the day. (Lots of positive messaging is throughout the show as well.) Pip's Island is in a new home on 42nd Street, and while it maintains much of the original story, sets, and characters, it’s been updated and improved. Take the kids on a special date, or book the best birthday ever for up to 50 kids! Tickets are $49 online, and $59 at the box office. Read our full review from its first NYC run here! 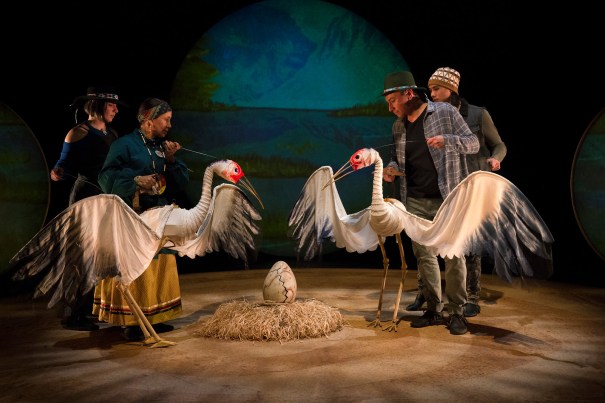 For Artful Puppetry with a Green Message: Ajijaak on Turtle Island

In this show from New York City company IBEX Puppetry, kites morph into soaring birds and branches transform into a gentle deer. Puppetry artist Heather Henson and Grammy Award-winner Ty Defoe bring together an ensemble of North American First Nations Peoples to tell the tale of Ajijaak, a young whooping crane who must face her first migration south. Indigenous songs performed live, languages and dance weave together in a spectacle of artistry to create an affecting fable about the dangerous effects of climate change on animals and Mother Earth. Recommended for ages seven and up. 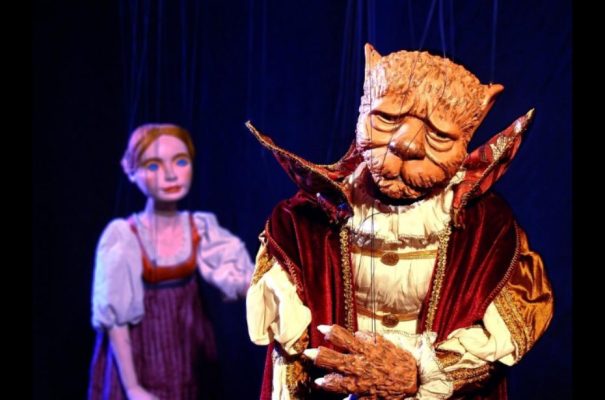 For a Tale As Old As Time: Beauty and the Beast

This classic tale is performed by one of the oldest, continually-running marionette theater companies in the country. The National Marionette Theatre presents the story of The Beast and Fiona with meticulously-crafted marionettes. Recommended for kids ages four and up, the show is 60 minutes long. 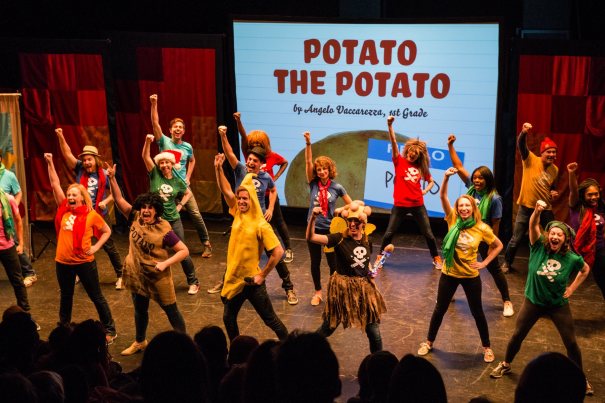 As Lin-Manuel Miranda (allegedly, and probably) likes to say, "Have you not seen Story Pirates yet? Get on that." This troupe of comedians, performers and teaching artists takes kids' ideas, stories, and words, and acts them out to pretty much everyone's delight. These shows, which do sell out, support their work of Story Pirates Changemakers, which brings life-changing literacy programs to kids in low income schools, homeless shelters, and the foster care system. PS: Have you heard? The Story Pirates have a new book out, Digging Up Danger! 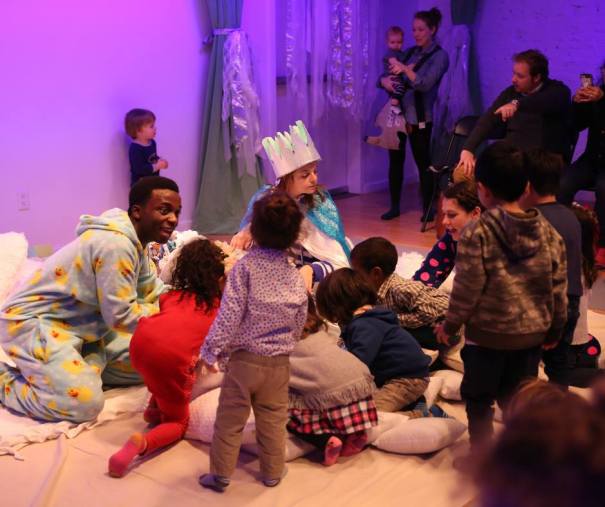 For the youngest of theatergoers (ages 2 to 5), Pillowland, produced by New York City Children's Theater, is inspired by kindie rocker Laurie Berkner's song of the same name. Kids are encouraged to wear their pajamas to this 30-minute interactive show that takes them on a trip to the titular destination. Kids get a primo spot in the small performance area, and parents can join them or hang back and sit in chairs. Note: shoes off before entering the theater. Hang out after the show for photos with the cast! 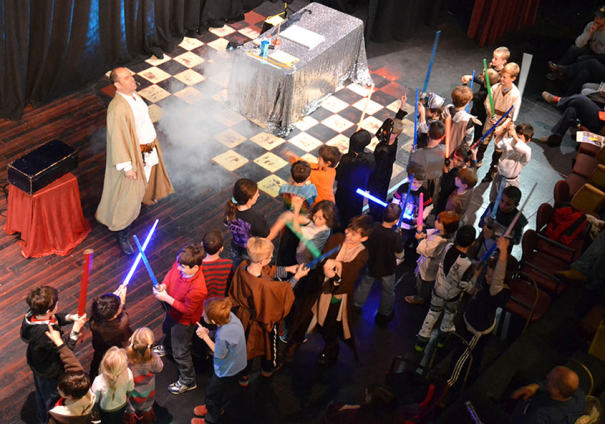 Become a Jedi Master (and Laugh While Doing It): Jedi Academy

Calling all Star Wars fanatics who like to laugh! Young intergalactic adventurers are invited to learn the ways of the Jedi with Panniken Moonjumper, a true Master of intergalactic fun and adventure. During this comedy variety show, little Jedi Warriors, Princesses and Darth Vaders will feel empowered to discover the great Force within their hearts. The all-ages show, from the brain of kids' entertainer David Engel, involves comic antics, exciting physical challenges, magical mayhem, lightsaber lessons and a visit from our space hero’s furry alien sidekick. Bonus: audience members are invited to come in costume!