There’s a free family-friendly party happening every Sunday afternoon at the intersection of at least six subway lines in downtown Brooklyn. It’s got live music, face-painting, mini cupcakes to decorate, a padded floor and lots of blocks both big and small. Plus: cowboy hats and bubbles! What’s the catch? Well, the host, Hill Country Barbecue, would probably like you to buy some grub and a brew — but you were probably going to do that anyway, right? Read on to get the lowdown. 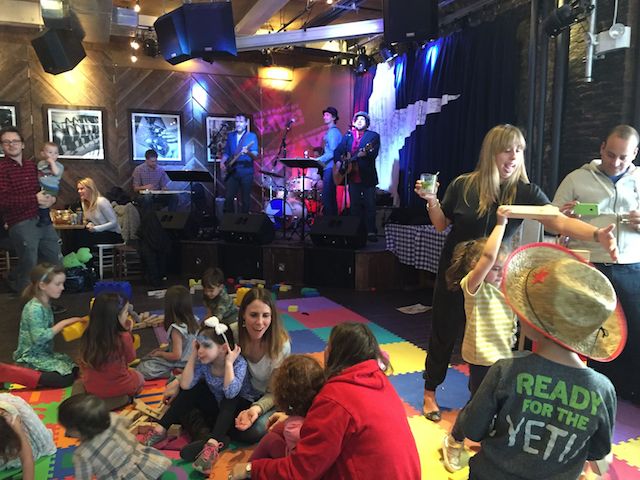 Hill Country BBQ set up shop at 345 Adams back in January of 2014. The mini chain (it’s got locations in Manhattan and Washington, D.C. as well) specializes in dry rub barbecue smoked and prepared on the premises and served by the pound in butcher paper a la Central Texas style. The restaurant feeds nearby office workers during the week, and people in search of live music, beer and BBQ at night. In an effort to serve the many families in the area, the eatery introduced “Fam Jam”— a monthly Sunday afternoon kid-friendly event— to its offerings in the fall of last year. And as of this January, the party’s gone weekly. 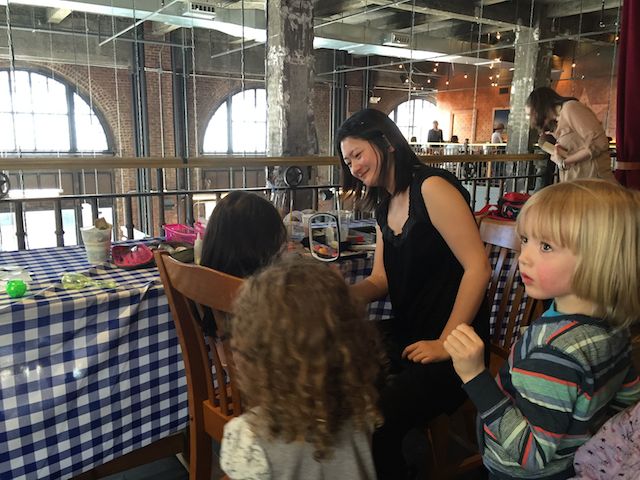 Essentially, a four hour, low-grade family-friendly freakout in the very best way. A local alt-country band such as The Three Gentlemen (made up of groovy looking Brooklyn dads/professional musicians, of course) plays both original tunes and covers (i.e. Wes Anderson-approved “Ooh La La” by Faces, for example) from a cozy stage, while kids play with blocks, giant LEGOs, and shakers on a floor temporarily padded with colorful foam squares.

In one corner, Face Painting by Shelly makes kids into superheroes, animals and mystical creatures, in another, partiers decorate their own mini cupcakes and blow bubbles. Meanwhile, cowboy hat-wearing kids of all ages stack blocks of various shapes and sizes in a central play space. On the periphery, parents eat barbecue and drink beer.

The good news is that unlike many NYC gathering spaces, Hill Country is Texas-sized: it’s big, with soaring ceilings and lots of open space. In fact, the “Fam Jam” takes place on the second floor, overlooking the main dining space. 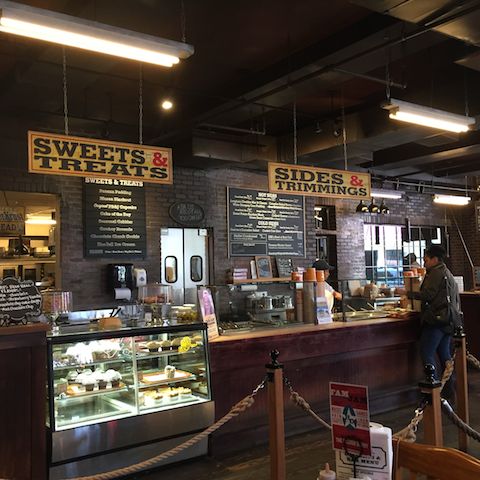 Obviously, barbecue: ribs, brisket, turkey, chicken, etc. Non meat eaters aren’t totally out of luck: Hill Country also serves cheddar mac ‘n’ cheese, a market salad, cole slaw, green bean casserole, and more. You can also skip entrees altogether and do dessert; offerings include Blue Bell Ice Cream, PB&J cupcakes and floats. The bar serves all kinds of southern-influenced cocktails and beer. Plus: if you’ve been meaning to try Mexican Coke, they’ve got it. (Our recs: the ribs, brisket and mac ‘n’ cheese, as well as the salad for some greens.)

All food is ordered and served from a counter on the main floor with a menu card servers give you when you sit down, and the waiters take care of drinks. 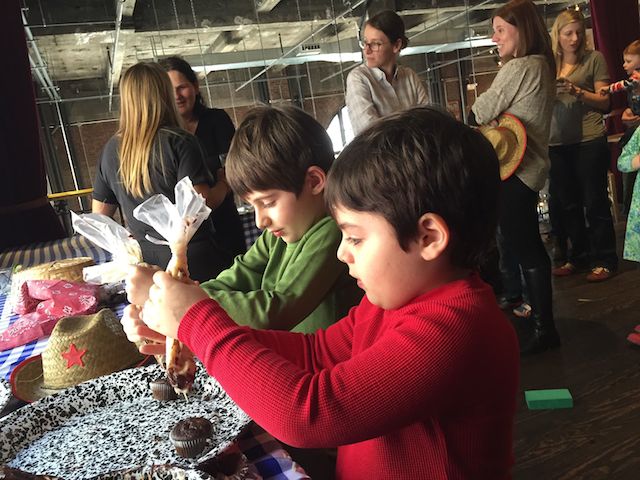 Tips if You Make the Trip

Depending on the day, things can get crowded. The event runs from noon to 4 p.m., and getting there on the early side will help ensure you snag a table; the restaurant will also accept reservations. However, regular turnover makes it fairly easy to find a spot, and by 3 p.m. there’s typically lots of room to sit — and play. The face painting is a nice perk, but be forewarned that the wait can be long; again, get on the list early. Note that the staff is refreshingly low-key about pushing food and drink, so don’t feel you have to buy a country feast to partake. Also: you can leave your stroller near the door on the first floor. Yahoo! 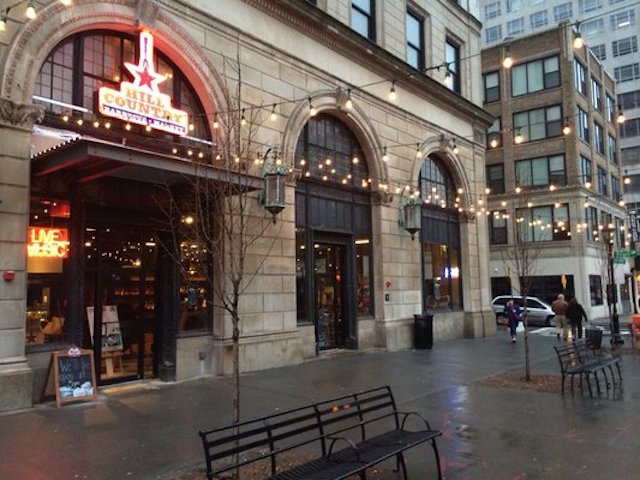 photo: via Matt S. on Yelp

Do you have a favorite fun weekend hangout? Tell us about it in the comments below!