Take your love for Super Mario beyond the screen. The LEGO group just revealed the full product portfolio for its LEGO Super Mario experience. Fans can expand on the LEGO Super Mario range announced in April with a whole new range of Expansion Sets, collectible Character Packs and Power-Up Packs.

This unique partnership between LEGO and Nintendo will reinvent the way people interact with Super Mario in the physical world. The products announced today give fans the chance to build Mario’s house, search for treasure hidden by Toad and defeat a Koopa Troopa in the Guarded Fortress. 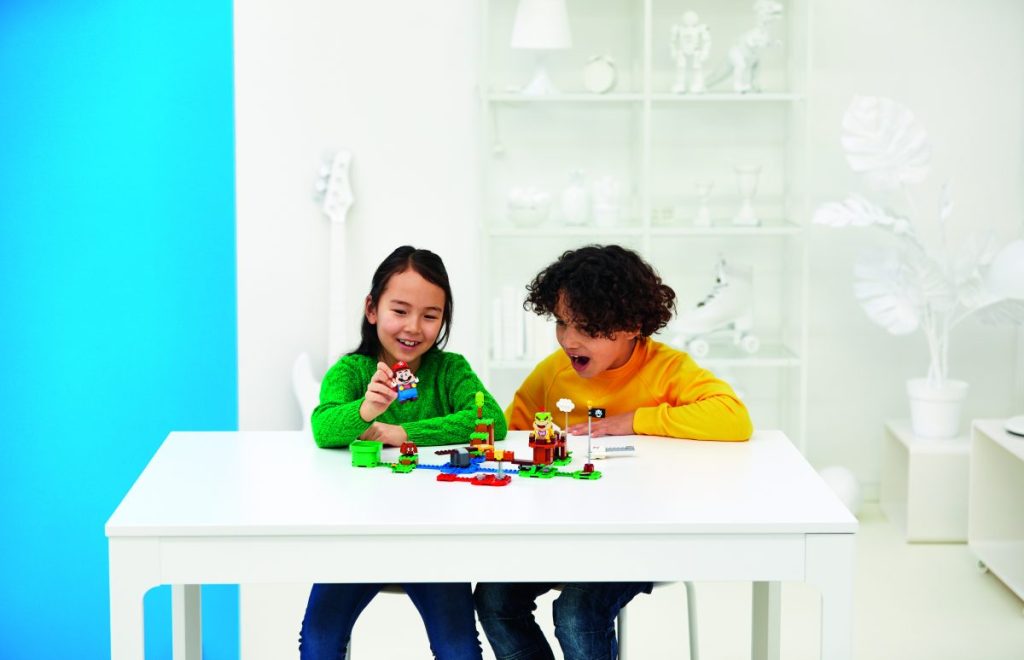 The partnership was announced earlier this year, and in April the fun-packed Adventures with Mario Starter Course was revealed alongside two Expansion Sets. The Starter Course is key to unlocking the entire play, being the only set to feature the interactive LEGO Mario figure that collects coins in game levels created with LEGO bricks. LEGO Super Mario brings new interactivity and gameplay to the traditional LEGO brick experience.

Also announced today are ten collectible enemy characters that are available in blind bag Character Packs, adding that extra level of excitement. Each pack will contain a buildable character and action tag to play with – it could be a Paragoomba, Fuzzy, Spiny, Buzzy Beetle, Bullet Bill, Bob-omb, Eep Cheep, Blooper, Urchin or Peepa. 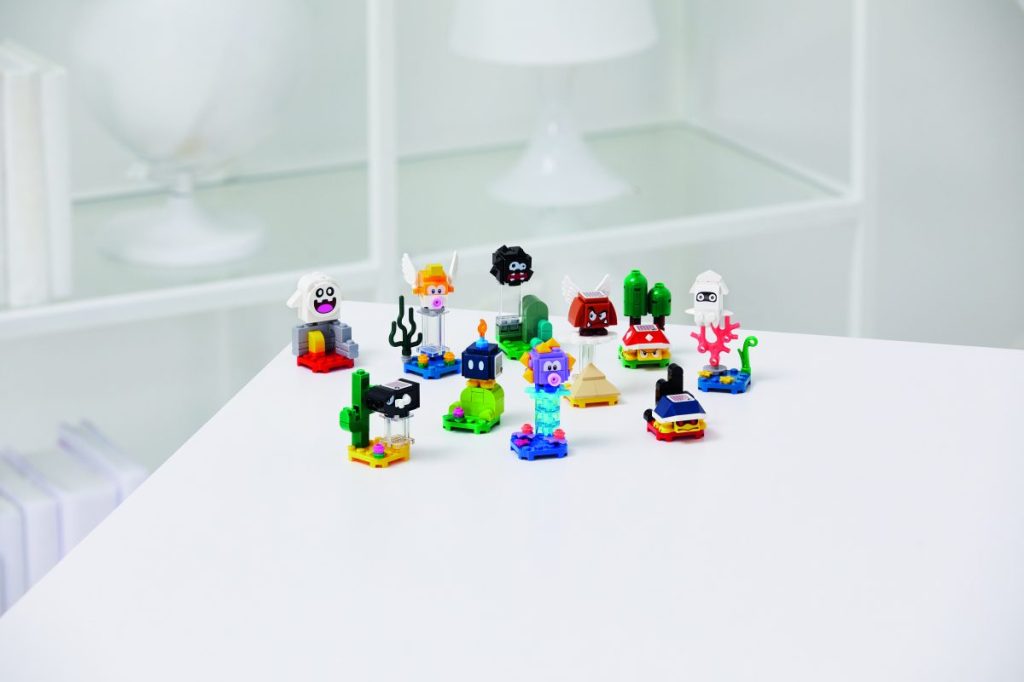 Every Expansion Set and collectible Character is made to be used with the Adventures with Mario Starter Course, for an enhanced play experience. The entry point set features seven action bricks for different interactions with the LEGO Mario figure, which has LCD screens in its eyes, mouth and belly to display instant reactions to movement, color and action bricks. In May, the LEGO Group and Nintendo also announced a series of Power-Up Packs – including Cat Mario and Builder Mario – to help boost gameplay with a variety of suits for LEGO Mario that each reveal new features and powers.

“With today’s announcement, 16 LEGO Super Mario sets have been introduced and I am really looking forward to seeing how people’s play expands with these and the unique Power-Up Packs,” said Takashi Tezuka, Executive Officer and Game Producer of Nintendo Co., Ltd. “Each player’s preferences and imagination are different. By adding already owned LEGO bricks onto the Starter Course, and different LEGO Super Mario expansion sets, we hope that people can create various different Mario worlds and continue enjoying them indefinitely.”

“The reaction to LEGO Super Mario has been incredible,” said Jonathan Bennink, Digital Design Lead on LEGO Super Mario, the LEGO Group. “Super Mario is such an icon – and fans have been highly anticipating the release of the full details of the product line. Our entire range – from the Starter Course to the Power Up Packs, through to the Expansion Sets and Character Packs – have been built to bring Super Mario, his friends – and his enemies – to life. We love how creative Nintendo and LEGO fans are, and can’t wait for them to unleash their imaginations in how they interact with Super Mario in the real world.” 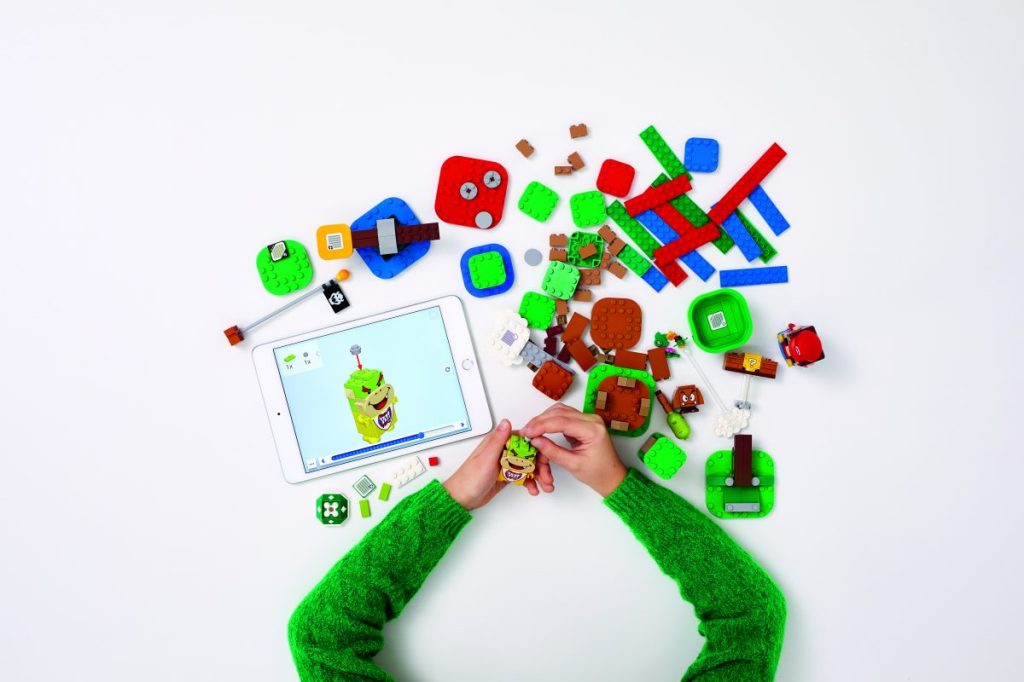 Fans will also love the free LEGO Super Mario app created by the LEGO Group, a supporting feature to further enhance the physical play experience. It keeps track of scores to encourage continuous rebuilding, as well as providing digital building instructions with zoom and rotate viewing tools to make building easier, suggestions of other creative ways to build and play, and a safe forum to share ideas with friends.

The full LEGO Super Mario assortment will launch Aug. 1, but fans can preorder the LEGO Super Mario Starter Course on www.LEGO.com and from select  leading retailers around the world now (subject to availability).

All photos courtesy of LEGO Group