The first of the two action-packed adventure games, Super Mario 3D World, gives players the chance to select their own character: Mario, Luigi, Princess Peach, or Toad. You can play the game with up to three other players in person or online. 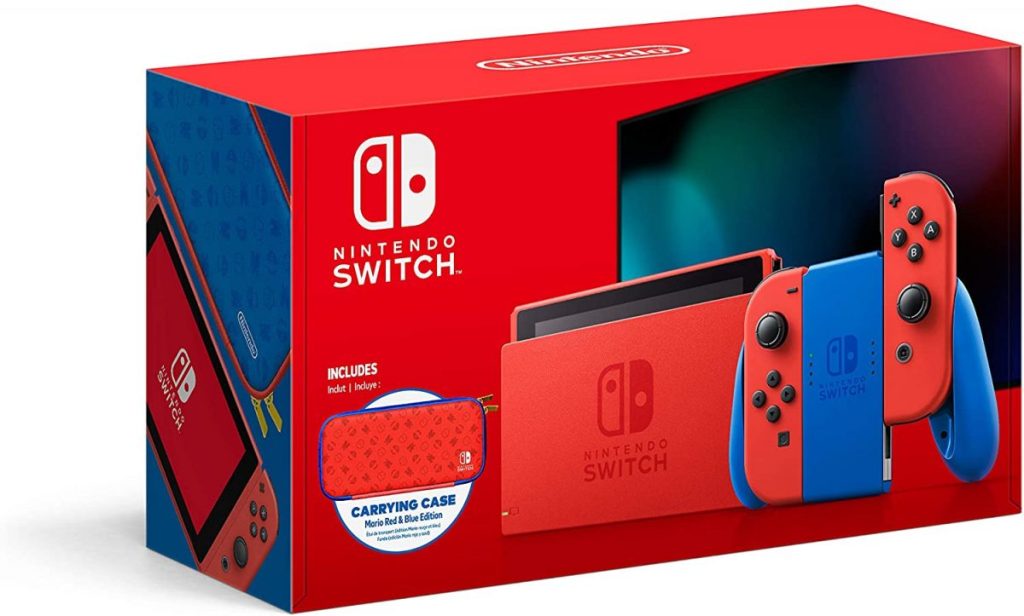 Plays will come together and cooperate to reach the course’s end. Even though Super Mario 3D World is a collaborative game, you’ll also compete against the other players to win the most points.

As if Super Mario 3D World wasn’t enough, Nintendo wants to add to your gaming fun with Bowser’s Fury. The game features a gargantuan, out of control Bowser. You’ll need to bring him back to normal size by collecting Cat Shines and teaming up with Bowser Jr. The digital edition of this new game is available for $59.99 from Nintendo or you can buy the game from your local Target.

If your kiddo is new to the Nintendo Switch, pair this new game with the Mario Red and Blue Edition. This game-inspired Nintendo Switch system features bold colors and includes a special edition carrying case—which is decked out in Super Mario iconography. This special Switch retails for $299. Score yours from Target.com here.