No More Good Doggie: How Rewards and Praise Hurt Students 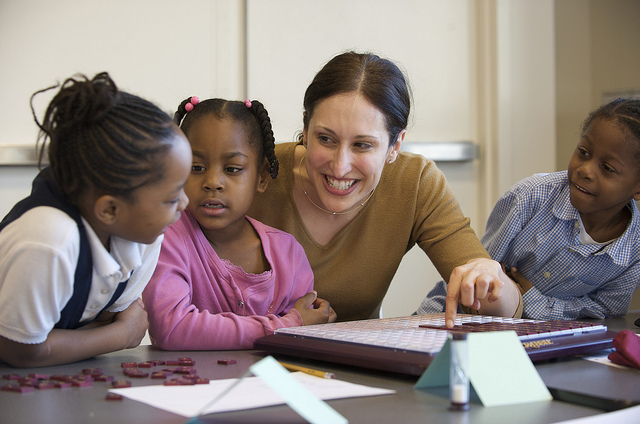 One afternoon, my son came home from school and unpacked three certificates of academic achievement printed out on cheerful purple and orange cardstock. He seemed mildly pleased with his awards, but something was bothering him: Every student in his class had received an award, except for one, a boy whose troubled behavior I had already heard much about. While all 27 students bounded outside for a celebratory group pic, this boy stayed alone inside the classroom to contemplate his disgrace.

I tried to imagine how this child must have felt — the humiliation, the ostracization, the shame. Would he, I wondered, now be motivated to get his act together academically so as to be sure to win an award next time around? I doubt it.

Rewards and punishment are ubiquitous in most schools and homes. Teachers and parents use them to motivate children and to steer them toward pro-social behavior. While punishments are threatened to deter misconduct, praise and rewards are applied with the aim of reinforcing “good” behavior. If that kind of behavioral conditioning sounds manipulative, it is. Many adults train children much in the way we train dogs, with treats for good doggies and stern disapproval and deprivation for naughty ones.

Behavioral conditioning dates back to the 1930s, when psychologist B.F. Skinner discovered that rats rewarded with food pellets and deterred by electric shocks would learn to push the right lever. Similarly, teachers and parents dangle rewards to motivate children to obey and perform, but this approach requires a continuous ratcheting up of the rewards and punishments. In kindergarten, stickers and time-outs usually do the trick. By middle-school, it’s detention and expulsion. Ultimately, it takes high salaries and the threat of prison to keep behaviorally conditioned adults in line.

These diminishing returns are a function of how we’re wired. When we master something we’ve been struggling with, we get a burst of the feel-good neurotransmitter dopamine. Likewise, rewards and praise trigger the release of dopamine — but each time we receive a prize, we get a little less dopamine and so, like a drug addict, we need a bigger and better prize to trigger the amount of dopamine we crave. The pleasure of mastering something new is different — each instance is new and unique and, hence, stimulates ample dopamine. But if you expect a reward, and a sufficiently stimulating one is not forthcoming, your dopamine levels actually fall, and your joy is extinguished. This strikes me as very very sad.

I want my son to develop interests and pursue them just for the love of it, not because there’s a promise of reward for exceling, or threat of punishment for failing, dangling over his head. I want him to figure out what sports he enjoys, what kind of books touch him, what subjects ignite his curiosity and make him yearn to learn more. I want him to know what it feels like to act with compassion, not because he’ll get a “caught in the act” and earn a good citizenship certificate, but because it feels profoundly fulfilling to connect with and help another being.

If my son reaches adulthood with one or two things he’s passionate about and a reasonably strong altruistic streak, I will feel I’ve done a good job as a parent.

And I want that for his classmates too. I don’t like to see them getting labeled as good or bad and conditioned to perform for authority figures. I don’t want them to develop what Stanford psychologist Carol Dweck calls a “fixed mindset”, meaning they understand intelligence as a fixed trait, not as something that can be cultivated.

Dweck says that children with a fixed mindset tend to avoid more challenging tasks for fear that they will underperform and be denied praise. Meanwhile, struggling students, like the boy in my son’s class, come to believe that their intelligence set point is immutably low.

Emerging research shows that kids who have experienced trauma are the least likely to be motivated by rewards and punishments. In fact, these methods tend to backfire, because they generate even more stress for youngsters already overwhelmed by feelings of insecurity and self-doubt. Anongoing Harvard study rewards low-income students with cell phones and cash prizes for reading and studying. So far, more than $9 million worth of prizes have been distributed to 27,000 students, and the impact on their achievement is exactly zero.

After nearly a century, the validity of the behaviorist paradigm is being challenged. We’re beginning to see that punishing kids with time-outs and suspensions shames and alienates them in ways that are inimical to their and society’s well-being. We’re seeing that when we pat children on the head for being good little boys and girls, we’re robbing them of the pleasure of experiencing for themselves what it feels like to be a competent or skillful or compassionate person. As Albert Einstein put it, “If people are good only because they fear punishment, and hope for reward, then we are a sorry lot indeed.”

Most of today’s parents were trained up the old-fashioned way, leading to the high levels of apathy, alienation and narcissism that afflict society today. Our kids deserve better. 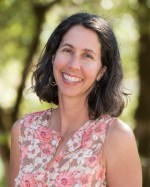