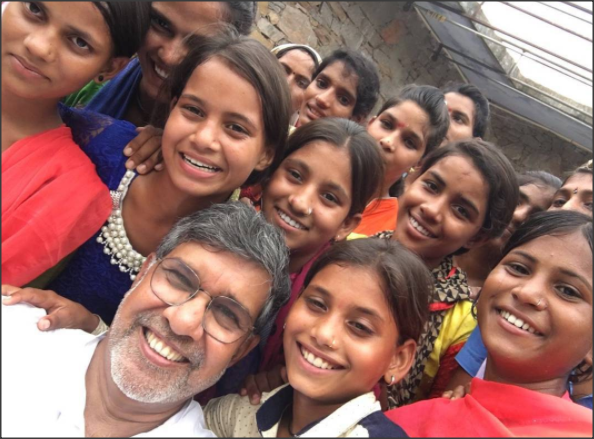 At least 100 million children are endangered or exploited through slavery, trafficking, the refugee crisis and child marriage. But there are also hundreds of millions of other young people who live in better conditions and want to do something good.

“They should be the spokespersons and changemakers for those 100 million left out brothers and sisters,” Satyarthi said. To aid this goal he launched the 100 Million for 100 Million campaign to connect young people wanting to make a difference with exploited children. The site details how people can help, such as signing pledges and encouraging governments, including the U.S., to ratify laws that protect children.

Satyarthi’s campaign partners with schools, teachers, parliaments and U.N. agencies to build a collective response to eliminate child labor. He has visited schools in India, Bangladesh, Britain and Brazil to encourage students to sign pledges, and briefed congressional staffers in Washington, D.C.

“Young people should take the lead,” he said. “We should tell them that they are the champions and heroes, find leadership in them and create that space.”