Elmo Gets His Own “Late Night” Talk Show

Sesame Workshop is celebrating the upcoming launch of its newest show. The Not-Too-Late Show with Elmo, a star-studded talk show the whole family will enjoy, will debut on streaming platform HBO Max on Wed., May 27. With 13 weekly episodes, each highlighting a different part of kids’ bedtime routines, it’s the perfect way for kids and parents to wind down together at the end of the day. 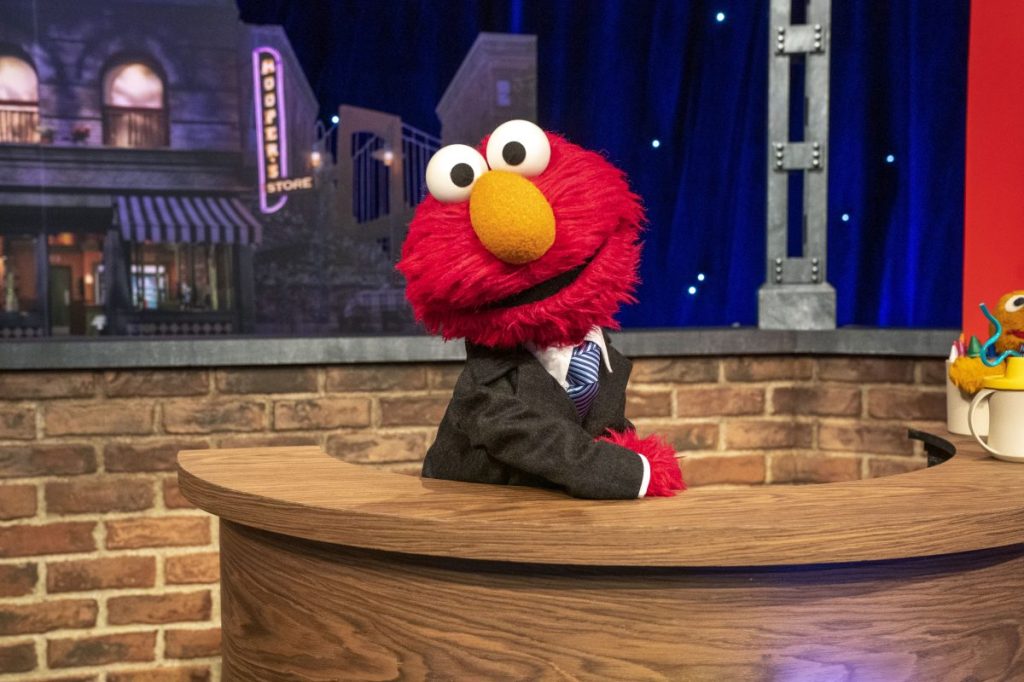 Elmo welcomes an exciting lineup of guests to The Not-Too-Late Show to entertain families with music, games, and fun–with Cookie Monster as his sidekick, other Sesame Street pals as backstage crew, and even his very own house band! Performers like Lil Nas X, Dan + Shay, H.E.R., and the Jonas Brothers put their own spin on beloved Sesame Street songs; John Mulaney and Olivia Wilde get competitive with tricycle races and teddy bear dress-up contests, while Jonathan Van Ness gives Alan a “monster makeover”; Jimmy Fallon, Hoda Kotb, John Oliver, and Andy Cohen stop by to give Elmo some hosting advice, and much more—all before Elmo’s bedtime!

“At a time when individual viewing has become the norm, The Not-Too-Late Show with Elmo offers a shared experience that has something for everyone,” said Ben Lehmann, Executive Producer of Sesame Street and The Not-Too-Late Show. “Young children will love seeing their Sesame Street friends in a new way, the madcap backstage humor will keep older kids engaged, and adults will get a kick out of seeing their favorite celebrities at play.”

The first three episodes of The Not-Too-Late Show with Elmo will be available on HBO Max at the platform’s May 27 launch, with new episodes rolling out once a week beginning on Thurs., Jun. 4. A special preview episode will air on the Sesame Street YouTube channel on Thurs., May 21. Fans can also keep up with Elmo on his brand-new Instagram channel.

Sesame Workshop Launches Caring for Each Other Initiative

Over 100 Sesame Street eBooks Are Now Available for Free Download

Elmo Sings About About Hand-Washing in Adorable PSA