With the recent tragedy in Parkland, Florida, knowing that their child is safe is a thought that’s been on just about every parent’s mind. The new notOK App is a digital panic button that was created by teens for teens in response to high rates rates of depression, anxiety and other mental health issues faced by young people.

Asking for help isn’t easy—especially for a teenager. And that’s where the notOK App comes in. The app allows the user to pre-select up to five contacts to alert in the event of an emergency. With a press of a button the app sends a text message reading, “Hey, I’m not OK. Please call me, text me, or come find me.”

But that’s not all. The app also sends whoever is receiving the message a link to the user’s current location vis GPS, making it easier to find the person quickly.

The app was created by sister-brother team, Hannah and Charlie Lucas. When fifteen-year-old Hannah was diagnosed with postural orthostatic tachycardia syndrome, also known as POTS—a condition that causes her to faint—she started to fear being alone.

Worrying she’d faint when she was by herself, Hannah found herself suffering from anxiety and eventually depression. It’s this depression that led to her to thoughts of self-harm.

These struggles led Hannah, who later took coding and entrepreneurship classes at local colleges, to come up with the idea for the notOK App. After watching his sister struggle (and feeling powerless that he couldn’t help her), Charlie got onboard with the app and helped her to make it a reality.

You can download the notOK App for both Android and iOS.

What do you think about this app? Share your thoughts in the comments below. 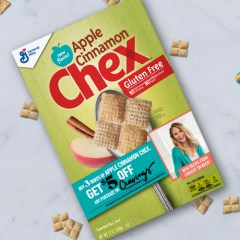