A restaurant in Monterey, California is making headlines and it’s not for their world-class seafood. Old Fisherman’s Grotto has a strict Children’s Policy which requires kids to be quiet while dining—and parents are (rightfully) pretty peeved about it.

Being a rather small restaurant with little room for extra strollers and high chairs, Old Fisherman’s Grotto enacted the policy in 2011. Their site states the reason is to “provide an overall enhanced dining experience for guests who frequently dine at the restaurant, by giving them an alternative place to eat on Fisherman’s Wharf that has a quiet atmosphere.” And if there’s one thing we parents all know, it’s that kids usually don’t lend to creating a “quiet atmosphere.” 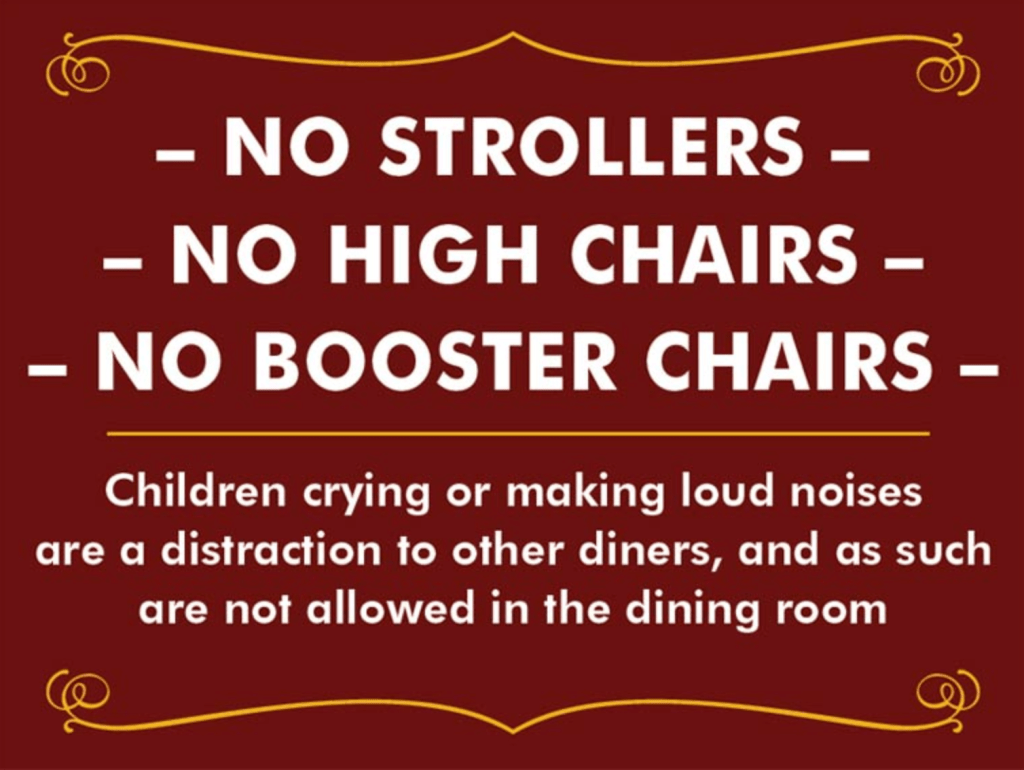 Despite the restaurant upholding their policy for over 7 years, recent Yelp reviewers have revived the frustration and annoyance by parents. Some claim it’s just plain discriminatory to post signage that doesn’t allow for diners of all ages. Some parents claimed they were turned away at the door or that they were robbed of recreating the experience of dining with their kids like they once did with their parents and grandparents in the 70 years the restaurant has been operating. (Representatives for the restaurant did not immediately return Red Tricycle’s request for comment.)

To be clear, the restaurant is not telling parents that their children are not allowed. In fact, they specifically say that they “welcome families with children and we serve many every day, we only ask that they abide by our rules.”

The fact is, not every kiddo is ready for fine—or eve quiet—dining. We definitely empathize with the frustration of arriving at a restaurant only to be told that loud children aren’t necessarily welcome—but let’s face it: there’s something to be said, too, of going out to eat somewhere where the whole family is comfortable, too.

The BEST Pizza in America