New in Town: A Tennis Club Just for Kids

Looking to lob a few with your small fry Federer or baby Billie Jean? (Or just want a fun way for your kid to get some physical activity inside?) You’re in luck! Court 16, a new tennis club designed just for kids opened its doors in the Brooklyn neighborhood of Gowanus this September, and tennis pros are standing by to teach your little athlete about serving, sportsmanship and (in time) perfecting a killer backhand. 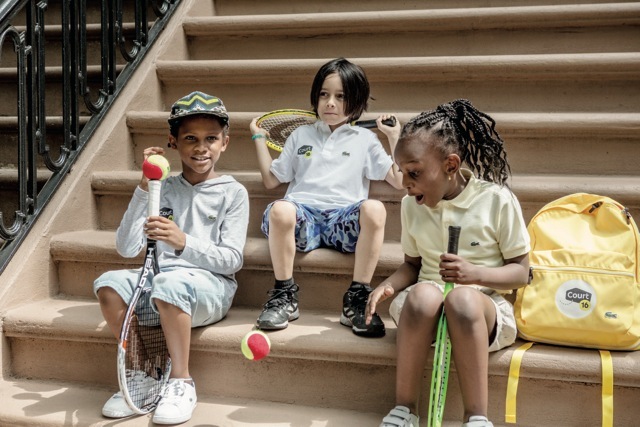 The Where, Who and How
Strategically surrounded by Brooklyn neighborhoods brimming with kids of all ages (Carroll Gardens, Boerum Hill, Park Slope and Fort Greene are all a ball-throw away), Court 16 is the brainchild of Anthony Evrard, a former tennis wunderkind in his native Belgium. (Evrard ranked in the top five of his country’s national junior team until age 16; a tennis scholarship to Loyola Marymount University in California brought him to the states. The club is named after the court where Evrard learned  — and came to love —the sport back home.) 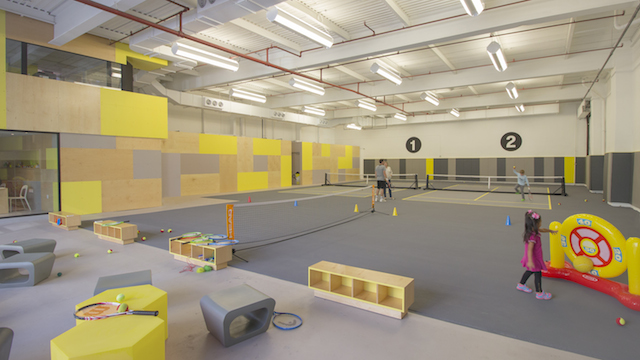 Evrard’s vision is to create a stimulating and nurturing tennis facility that not only teaches kids the sport, but promotes confidence, social fluency and self-esteem as well. From a vacant warehouse space on Baltic Street, Evrard has created a tennis club for kids that’s the first of its kind in the country. 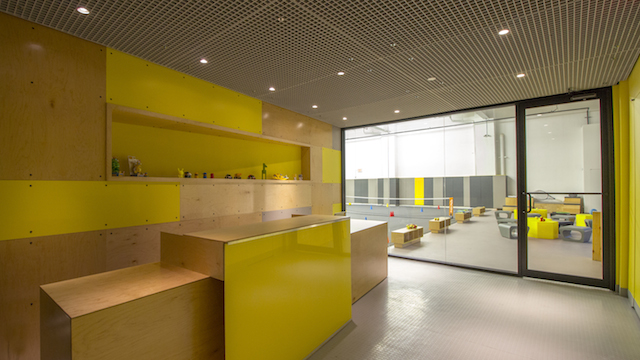 Why It’s Unique
Court 16 is filled with natural light and accents of bright yellow making it an inviting and cheerful space for both parents and kids, but don’t let the friendly atmosphere fool you: the facilities are totally pro. The courts are designed to the United States Tennis Association’s specs for children’s courts (they’re smaller), and use customized, lower nets manufactured in the UK. The courts’ surfaces are made with Premier Court, the most advance cushioning surface available, and the material on which the Davis Cup is played. The upshot: Court 16 is a professional caliber tennis facility sized for kids, and the first indoor tennis facility for children in the U.S. 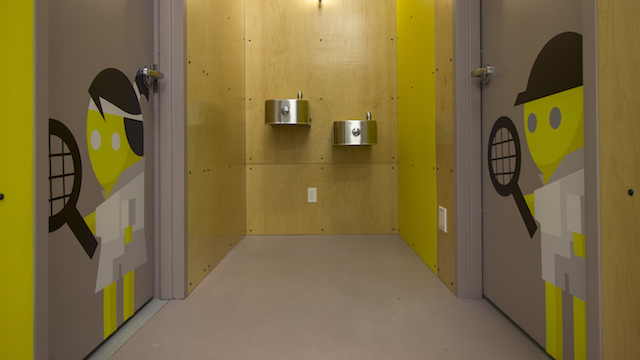 The Little Extras
Other features catering to Court 16’s clientele include large Nerf-like tennis balls for the tiniest of players, cute and colorful targets in the shape of animals such as a bear and an owl, kid-friendly restrooms and a court-side area for where parents can relax and watch lessons if they like. All members of the club also receive a backpack, polo and hoodie from Court 16’s partner LaCoste. 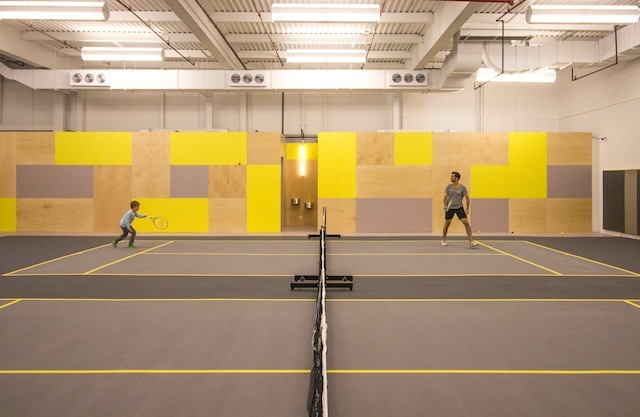 Getting With the Programs
To find Court 16 coaches, Evrard looked to his colleagues from the world of competitive tennis. The club’s programs are tailored by age group and include private and group tennis classes as well as tennis conditioning. The club’s programs include Freshman for ages three and four; Sophomore for ages five and six; Junior for ages seven and eight, and Senior for kids nine to 11. Kids are never evaluated upon joining, and all skill levels are welcome. While competition is not stressed at Court 16, the club is equipped to train and support any student interested in pursuing competitive play. 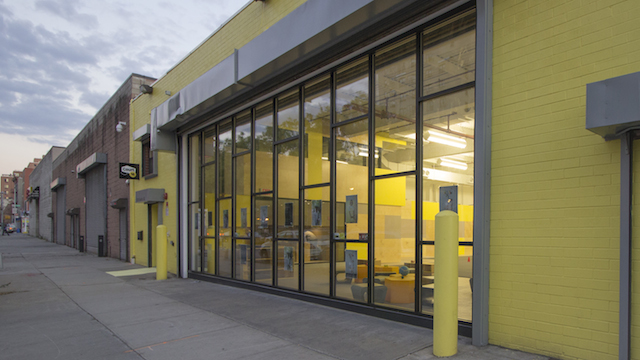 Join the Club
Annual membership to the club is $500, with class packages available for an additional fee. Members can book court time for parents and kids to play together, and the club will also be hosting a speaker series, member events and mini tournaments. Plus: free breakfast on weekends! Families wishing to check out the club before signing on the dotted line can purchase a three-lesson package to see if Court 16 is the right fit for them.

Parents and kids from Brooklyn and beyond are currently enrolled at Court 16 (Manhattanites from Battery Park, the Financial District and Chelsea count themselves as members) and the club will open an additional three courts (and 8,000 square feet) in January of 2015. The facility also plans to offer a winter session during school break.

For more info on Court 16 and its programs, go to court16.com.

What’s your favorite indoor sports venue for kids in NYC?