In celebration of LGBTQ+ History Month this October, OREO has released a heartwarming Pride video that tells the story of a young woman, Jen, introducing her parents to her girlfriend, Amy, for the first time. Made in partnership with PFLAG National, Proud Parent was filmed to promote the importance of LGBTQ+ allyship and create a more accepting world. The brand is also releasing a first-of-their-kind Limited Edition #ProudParent OREO Rainbow Cookies to reward acts of allyship for the LGBTQ+ community.

The emotional film ends with, “A loving world starts with a loving home” celebrating the important role of parental and community support in fostering greater LGBTQ+ acceptance. 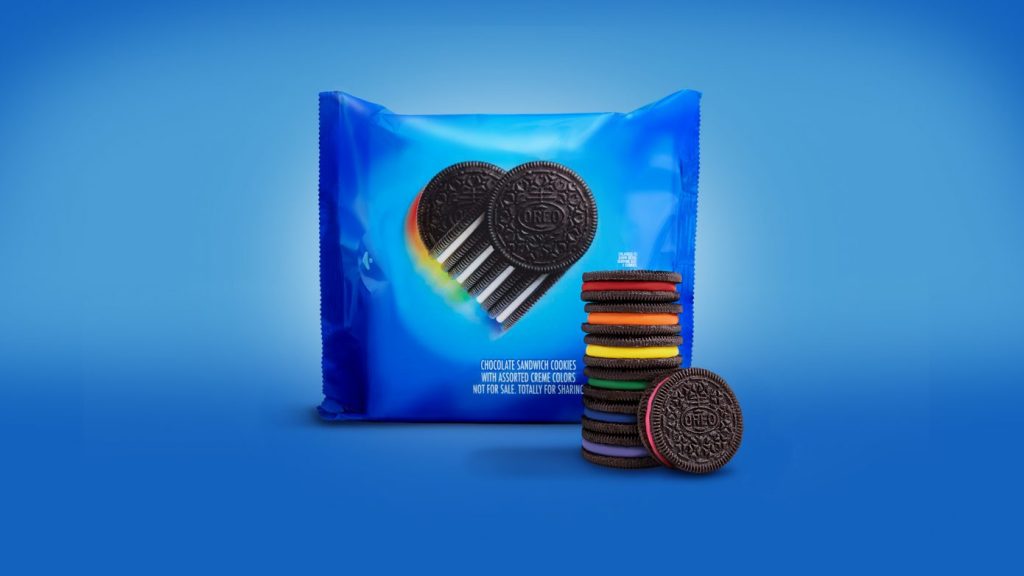 Beginning Oct 9, only 10,000 packs of the first-of-their kind limited edition cookies will be available to fans via giveaway to reward acts of allyship for the LGBTQ+ community. Each pack features seven different colored creme fillings, inspired by the colors of the Pride flag.

To receive a pack of the limited-edition OREOs, fans must participate in the #ProudParent campaign by sharing a photo of what allyship means to them on Instagram or Twitter, tagging and following @OREO, and using the hashtags #ProudParent and #Giveaway will be eligible to receive a pack, provided their registration forms are among the first 10,000 received.