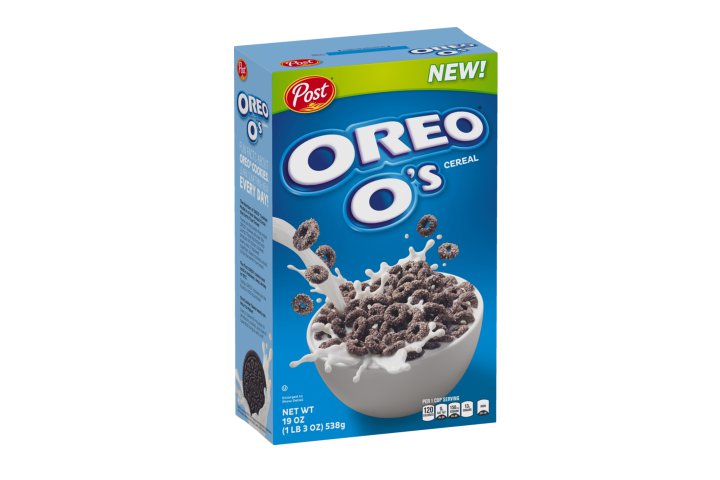 It’s been ten, long years since this delicious, chocolate-y sandwich-cookie-flavored cereal has been available in the U.S., with some fans ordering from South Korea just to get their favorite treat. Well, get ready, because the 90s are back, and they’re in your bowl!

Much like the recent comebacks of Crystal Pepsi and Coca-Cola’s Hi-C Ecto-Cooler (to go with the relaunched Ghostbusters), Post Consumer Brands is following the nostalgia wave and bringing back its popular cereal. Originally launched in 1998, Oreo O’s are promised to be true to how you remembered them, which is just as good for dessert as for breakfast.

Starting on June 23, Oreo O’s will be sold exclusively at Walmart for three months. After that, it will be sold in more markets with a suggested retail price of $3.98 per box. So, put on your slap bracelet, pump up “My Heart Will Go On,” and get ready to hit the grocery store!

What was your favorite cereal as a kid? Tell us in the comments below!