From the newborn days to toddlerhood, there is one thing that remains constant in the ever-changing landscape of parenthood: diaper changes are no fun. Parents have come up with some unique ways to avoid changing diapers according to a new survey.

The survey of 1,000 American parents conducted by baby product company Munchkin showed that one third of parents said they had faked taking a nap in order to avoid the dreaded diaper change and one in four parents had faked an errand to get out of diaper duty. 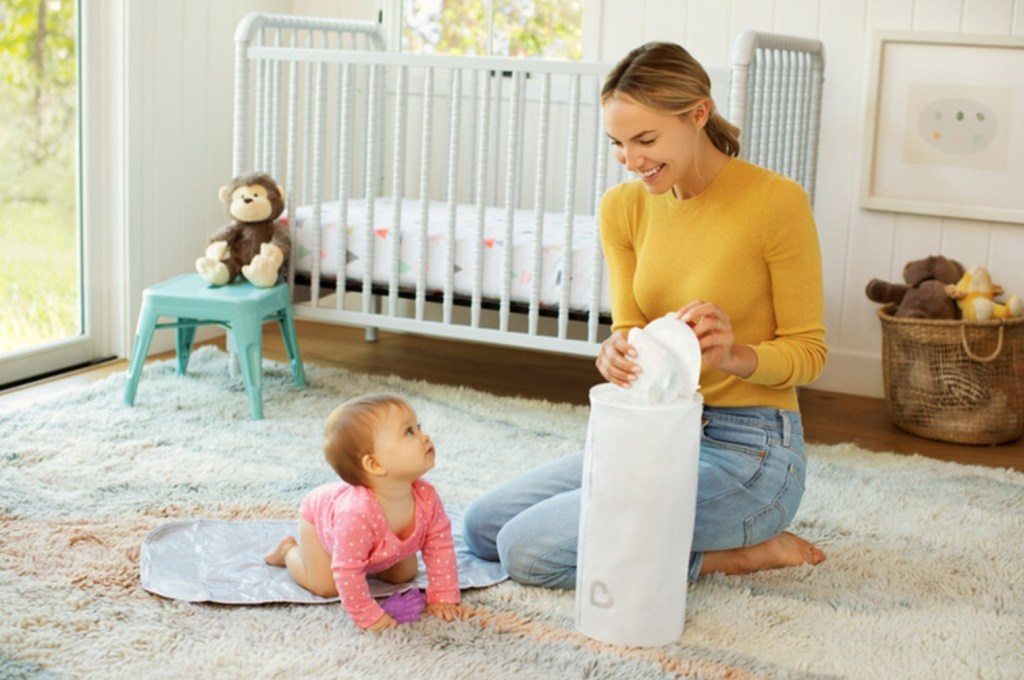 All those diaper changes at home are exhausting enough, but the real stink stress hits when the inevitable blow out happens when you’re out and about. According to the Munchkin survey, 94 percent of parents have been forced to change a diaper in the car, two out of three parents admitted to changing babies in a store dressing room and 14 percent have even changed a diaper in their stadium seat at a sports game.

Changing diapers on the go can sometimes get a little messy and 44 percent of parents said they have resorted to using a power washer to get smells out of car seats and strollers. 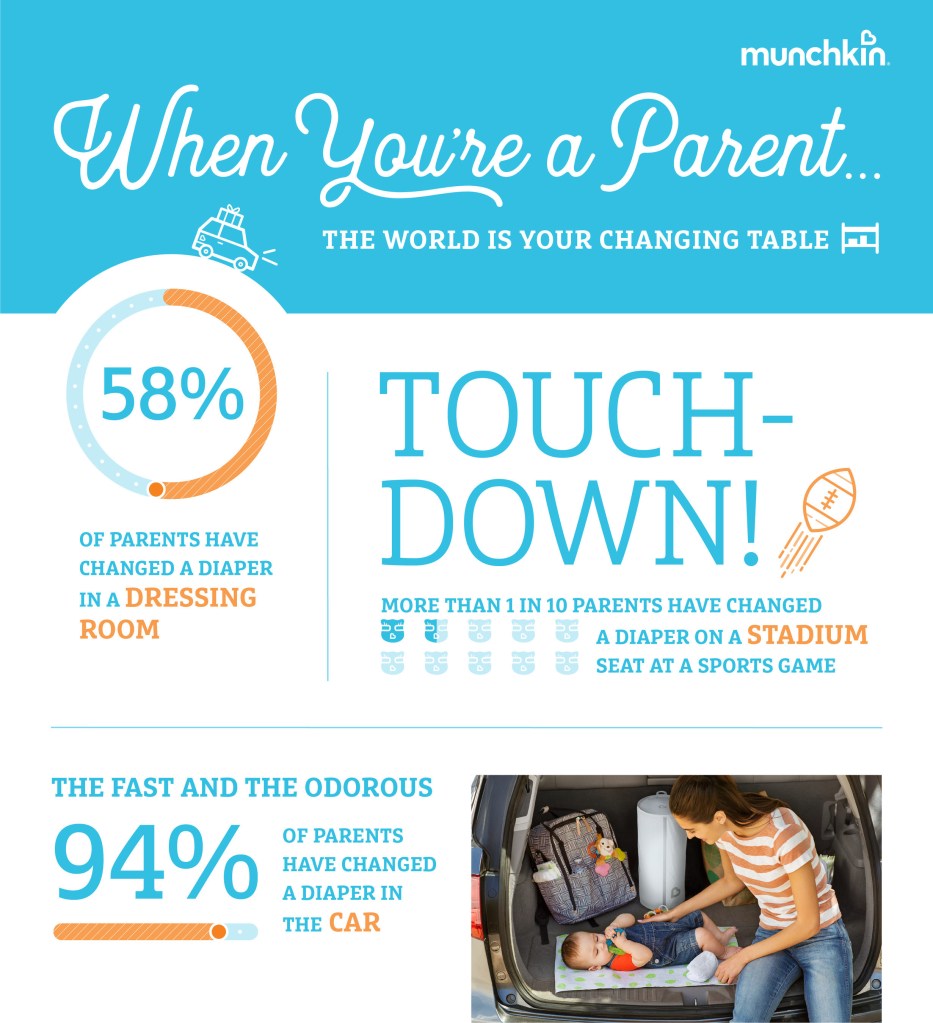 Munchkin has come up with solution to the problem of on-the-go stink with a brand new product, Toss Disposable Diaper Pails. The Toss is designed to trap the stink for easy transportation until you can reach a suitable place to throw away those stinky diapers. “Diaper changes happen outside the nursery more than ever, and parents need a reliable disposal option that has their back whether they’re around the house or on-the-go,” said Steven Dunn, Munchkin CEO and Founder. “Toss not only keeps smells at bay, but is also a practical, portable solution for the stinky and unpredictable situations that come up throughout the baby care journey.” 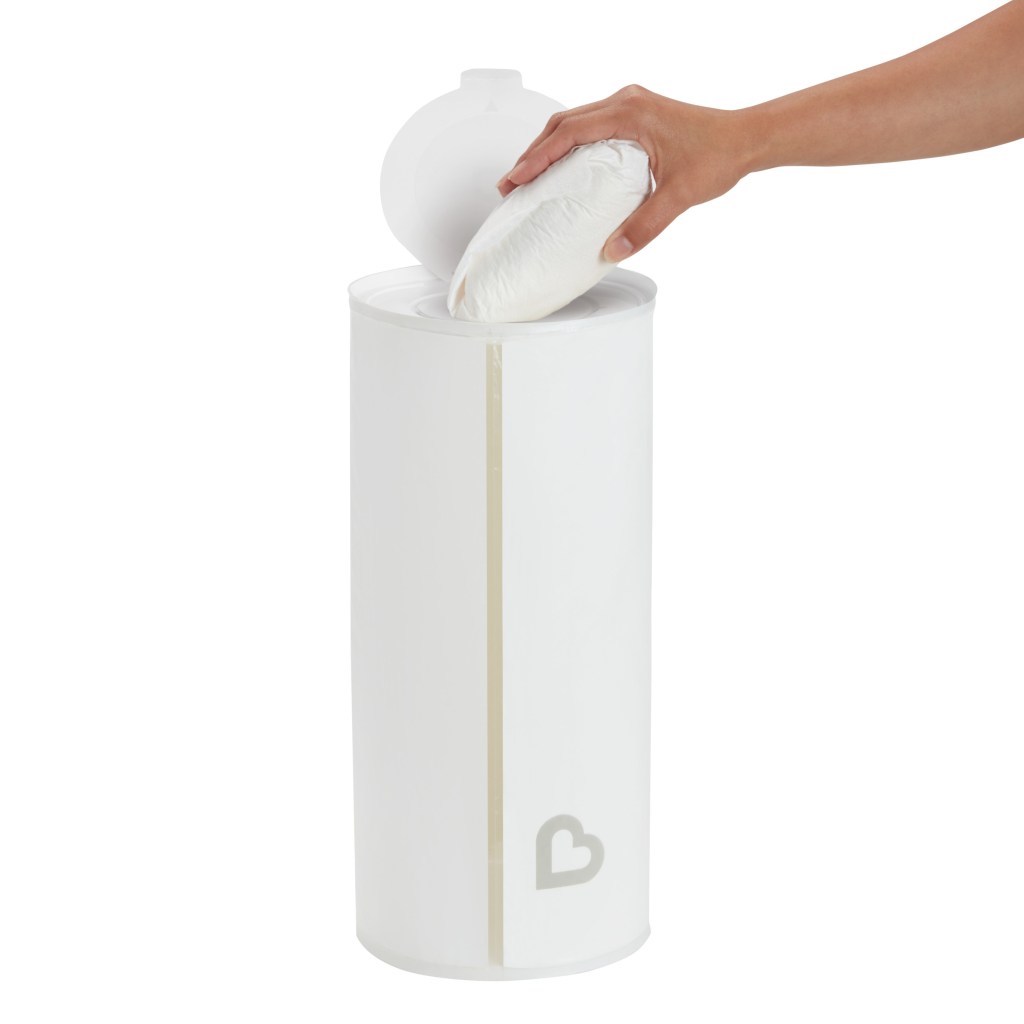 The new Toss Disposable Diaper Pail is now available at retailers nationwide including Target and Amazon.

All photos: Courtesy of Munchkin

This State Wants to Eliminate Sales Tax on Diapers