Are You a Parent or Friend to Your Kiddo? How to Be Both 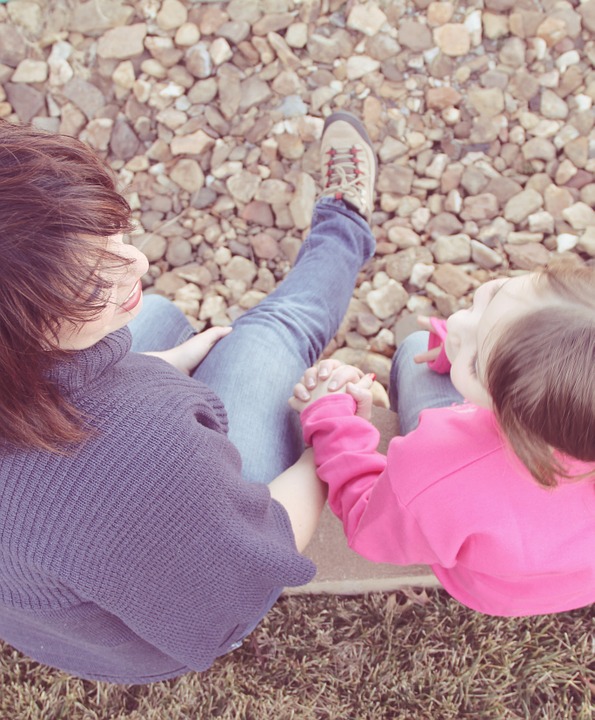 One of the great battles of parenting is finding a working balance between being an effective parent and being your child’s friend.

All parents want their children to confide in them if they need help or are in trouble. My mom did a beautiful job of creating a balance of motherhood and friendship.

Some may view our relationship as codependent and I can’t really argue. We are extremely close and sometimes our emotions and needs feed off one another. But being aware of it helps us to maintain a healthy balance.

So how did my mom achieve this?

She was willing to listen when I told her things. Even if it was something she didn’t want to hear, she never raised her voice. She never berated me, hit me or made me feel like less of a person.

I know a lot of my friends who have tumultuous relationships with their parents – who hid things from them growing up. Some still have secrets from them to this day. They never told their parents anything because they knew they’d get screamed at, punished severely or worse.

My mom’s way of handling poor decisions was using a simple phrase – “I’m disappointed in you.” That’s all she had to say and I was crushed. Having my mother disappointed in my behavior and my choices was devastating.

Because I knew I could tell my mom anything, I did. She knew when I first lost my virginity (though I wrote it in a letter), when I first smoked a cigarette and when I got in trouble at school. My mother always told me to just be honest – “Whatever it is, we’ll deal with it. Just don’t lie to me.”

Those are words I lived by and have shared with my son.

Because he’s only 6, my son doesn’t have many secrets to tell. I’m in constant communication with his teachers and when he isn’t at school, he’s with me. But he’s already shown me that he knows he can confide in me.

He is infamous for telling on himself. If something happens at school or with his friends, I never have to hear about it from someone else because he tells me first. I love that.

“Mommy, I got in trouble today. But not real trouble, like I didn’t go to the principal or anything.” He’s already learned how to downplay things.

I listen to my son when he shares something with me. I ask him questions about why he made the decision he made. I make him think about what he could have or should have done. We talk about ideas for how he can better handle the situation next time. And I tell him the consequences of his actions if the same incident happens again.

He understands, he apologizes and we move on.

I never push my son to tell me something, unless I think he needs to. Sometimes I’ll ask him questions about his day or friends and he’ll say, “I don’t really want to talk about that right now, mommy.”

And I respect that

Some people might think respecting a 6-year-old’s privacy is ridiculous and that’s okay. But, to me, it works and it makes sense. If he doesn’t want to discuss something with me, as long as it’s nothing regarding his health or safety, I don’t push him.

I know that this will only strengthen our relationship in the future. When I take a step back from being involved in every single aspect of his life, I’m opening the door of communication. It will make him want to share things with me when he knows it’s by his own choice and not required.

But then there is the slippery slope of becoming too friendly with your child. Where the lines and boundaries of parenting become blurred. There is no need for an open door of communication because that door has been destroyed.

In my opinion, blurred lines mean there is no parental guidance or discipline whatsoever. A child tells their parent where they’re going and what they’re doing, instead of asking permission.

If my son wants a piece of candy, he asks.

If he plans on leaving our backyard to play with the neighbor, he comes to me first and makes sure it’s okay.

When he gets his license and wants to take the car, he will ask. And when he decides to do crazy things like getting a tattoo, visiting an Escape Room or go skydiving, even if he’s old enough to decide on his own, I hope that my opinion will still matter to him.

Respect and manners are required in my household. I will always lend an ear to my son, support his dreams and communicate with him, but I will not be disrespected and he knows that. Whether or not he realizes it, he appreciates that.

A child needs a parent. They will have countless friends that come and go in life. As much as they desire freedom and buck the system of rules you establish, a child needs guidance, boundaries, and responsibility to help prepare them for the real world.

Though no one is perfect and every family relationship is different and unique, I think the balance between being your child’s parent and being their friend is found in a mutual level of respect.

I will continue to listen to my son and I hope he continues talking. 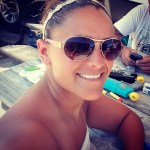 I am a 32 year old mother of a son and wife to an officer. I am honest about both the love and struggle of parenting. I enjoy being active and writing is my passion, second only to my family.
Red Tricycle > Spoke Contributor Network > Are You a Parent or Friend to Your Kiddo? How to Be Both