Secrets to Raising a Brave Kid

Bravery is not just about plunging down a slide or scaling a climbing wall: it’s about having the courage and confidence to do what’s right, stand up to bullies and naysayers, and be a fearless believer in oneself. Check out our 10 tips for instilling courage and healthy risk taking in your kids. 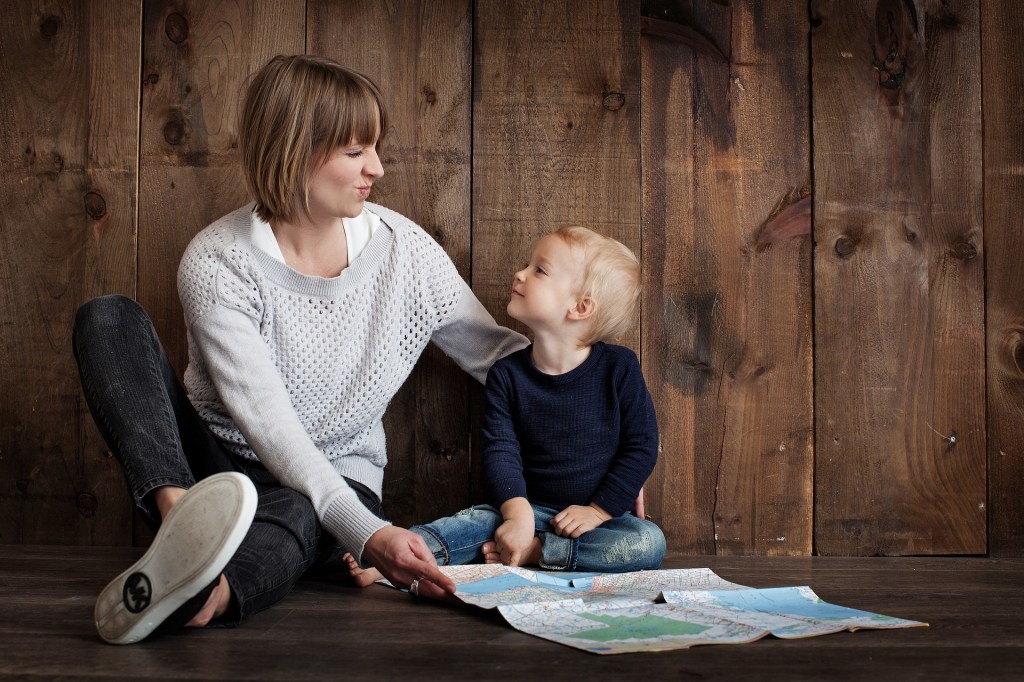 1. Make courage part of the conversation.
We tell our kids they are brave when they brush themselves off after falling down or finish that swim lesson they’ve been dreading. But do we really teach them what it all means? Laura Markham, the parenting expert (and a true toddler whisperer, we swear) has a great definition on her site, Aha! Parenting, which is packed with resources for every age and stage: “Courage doesn’t mean not being afraid. In fact, in many situations that might qualify as stupidity. Courage means being afraid and doing the right thing anyway.” Like when we talk about being brave enough to admit to a wrongdoing despite fearing the consequences. So get a conversation going with a dinnertime question for all to answer: What did you do today that was brave?

2. Let them express themselves—fearlessly.
How wonderful that “you do you” is a saying these days. It’s a great one to give your kids, whether that means she dresses herself for school picture day or he gets the haircut he really wants. These may seem like trivial things, but the more you allow your kids to be who they are (without fear of criticism for it), the more they get to know that incredible feeling of just being themselves. Teacher, life coach and mentor Lindsay Sealey, author of Growing Strong Girls: Practical Tools to Cultivate Connection in the Preteen Years, identifies connection as the foundation of strength and includes being “curious instead of critical” in her four tips for cultivating connection. Read more about them all. 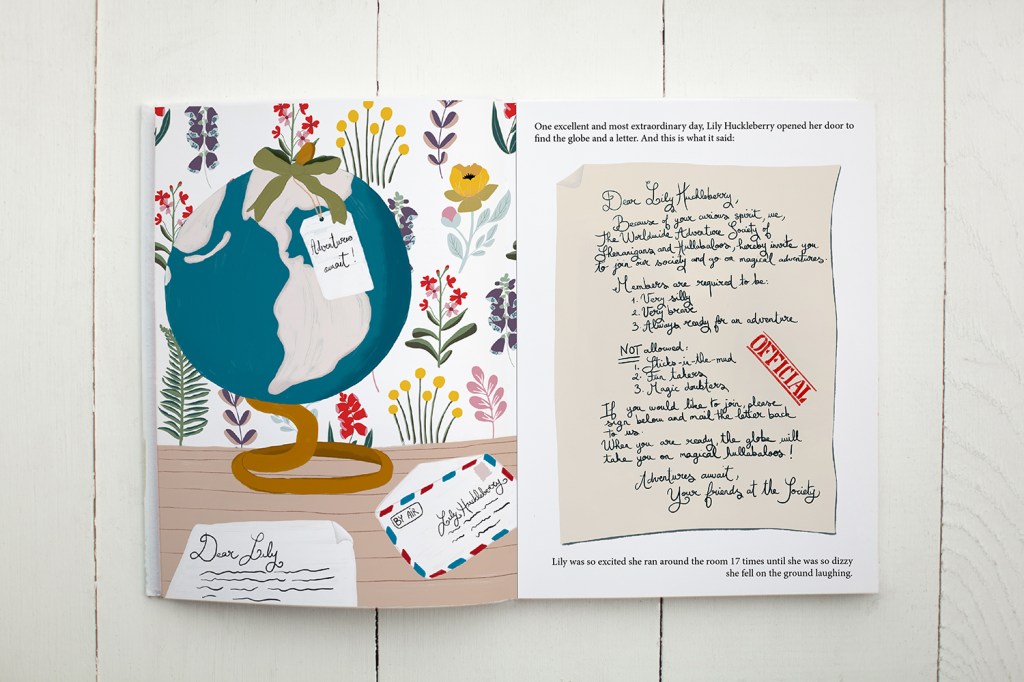 photo: courtesy of This Little Street

3. Read books about courage.
We read them books about using the potty, preparing for a sibling, and every other major transition of childhood. Courage should also be on their reading list, and a good start is The Adventures of Lily Huckleberry in Scandinavia, coming out in Sept. 2018 from This Little Street and available now for pre-order. “We want Lily’s stories to give children a love for trying new things, and teach them that it is ok to take risks—that the best adventures in life often come from being courageous enough to do things that felt a little scary in the first place.” co-author Audrey Smit says. For more reading inspiration, check out our list of books that will make your kids better people.

4. Model bravery.
Did you just nail a big presentation at work? It was scary, right? Tell your kids all about it! It’s helpful for them to know about times their strong moms and dads were scared and followed through anyway. And if you missed the mark, share that story too so they also learn how to cope, and hopefully try again. 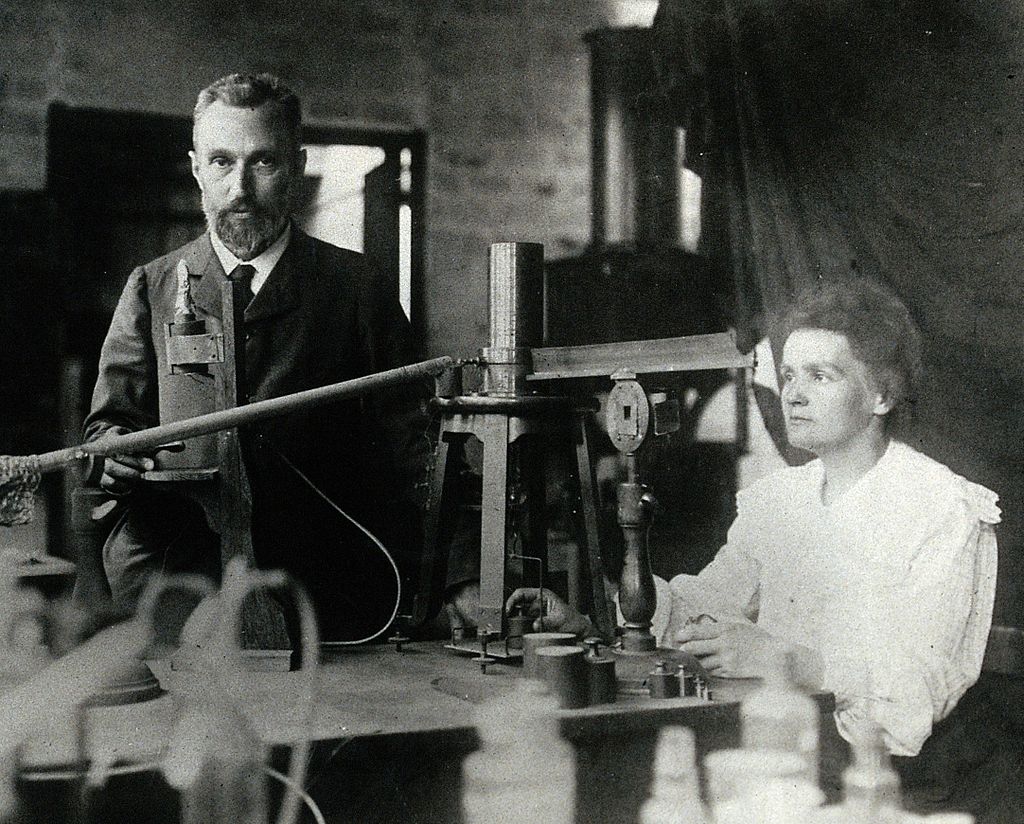 5. Give Shout Outs to Risk-Taking Rock Stars
After figure skater Adam Rippon courageously told the world exactly who he is, he became the first openly gay male athlete to win an Olympic medal for the U.S. Marie Curie challenged the established science industry and discovered radioactivity. By exposing kids to risk takers who rock, you can provide admirable role models and expand their understanding of healthy risk taking (We aren’t talking about any kind of risk that hurts oneself or others.). And it’s never too early to start teaching kids about the heroes and heroines who came before—listen to this two-year-old recites the names of historical African-American leaders.

6. Question the narratives.
When it comes to movies, thankfully, we now have complex and diverse heroines and heroes to show our daughters and sons (thank you Merida, Moana, and Miguel). But even in 2018, cultural messages abound about what girls should be, and how boys should act. No one knows this better than Jennifer Siebel Newsom, Founder and CEO of The Representation Project and mom of four. Two of her documentaries, Miss Representation and The Mask You Live In (both available on Netflix) should be required watching for parents. Each looks at just how entrenched these gender stereotypes are and how they inhibit things like the courage to be who we are—inspiring all of us to work harder to break free of them. 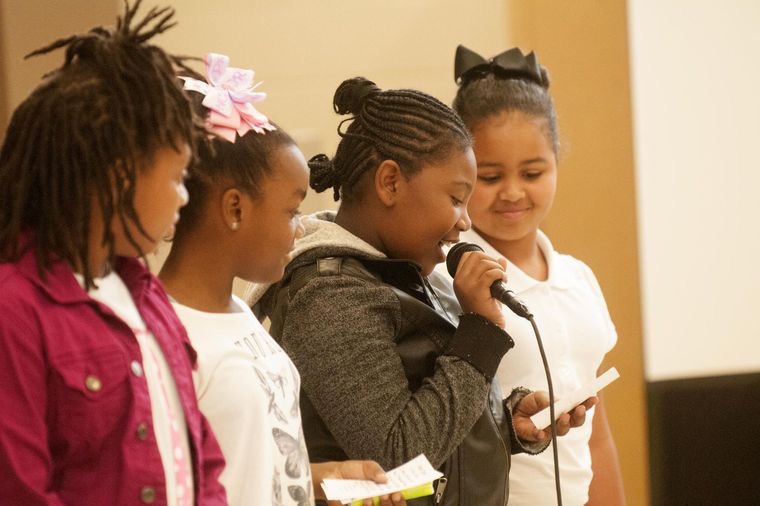 7. Teach tools to take a stand.
It’s hard to make it through childhood without being impacted by bullying—now more than ever with the advent of social media and opportunities for cyberbullying. We weighed in with experts Lauren Paul and Molly Thompson, the co-founders of Kind Campaign, a nonprofit that aims to prevent and treat girl-against-girl bullying with viewings of their documentary, Finding Kind, and nationwide school assemblies that help kids connect, converse, apologize, and pledge kindness. “We will often see this respect and courage strengthen kids’ ability to speak up and act with conviction in other areas of their lives now and in the future,” Paul says. “For any child that is experiencing bullying, our advice to parents is to share their own past experiences with bullying and let their child know that they are not alone in this journey.”

8. Let them try (and fail) and try again.
If “I do it!” was your child’s first three-word sentence, then you know exactly what we’re talking about. While you rarely have all the time in the world for your independent kiddo to get into the car seat, tie shoes or spill the open cup (again), summon a little extra patience during these moments and resist the urge to step in and “help.” When they look up and confidently exclaim, “I did it!” they are learning much more than the task at hand—they are building a belief in themselves that will carry over when it is time to make riskier moves, like raise their hands in class or run for office. 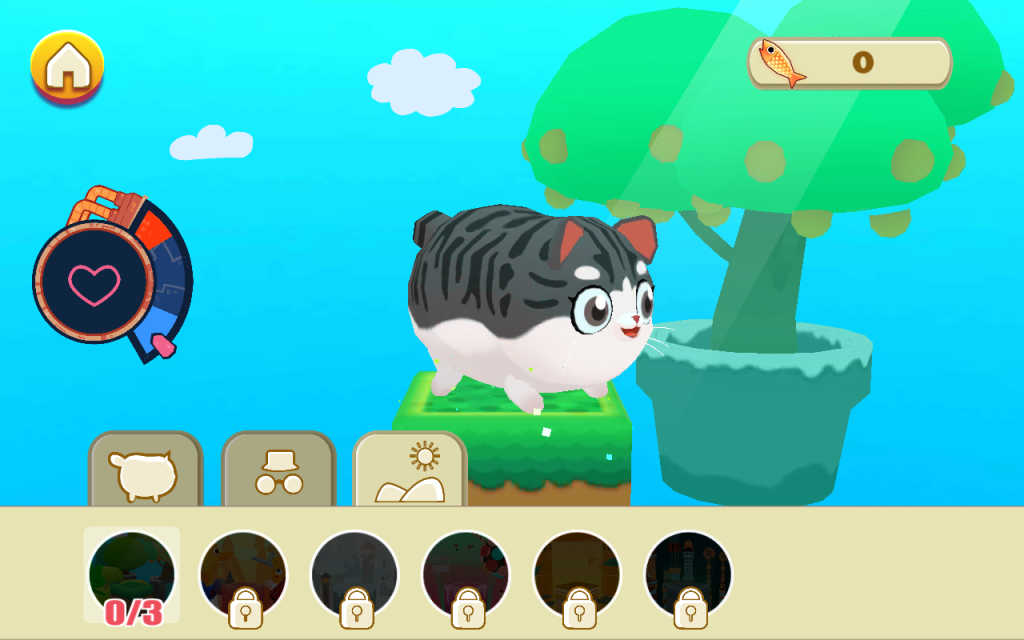 9. Play out overcoming fears.
When we do something new, let’s talk about what we’ll do … try and convince us those Daniel Tiger songs don’t totally still come in handy! Now, there’s also Mightier and it’s bioresponsive video games that use a heart rate monitor to help kids learn emotional control as they play, leading to greater success at the game. “The same brain circuitry that gets used in the games gets used when you’re facing something scary or hard,” says Dr. Jason Kahn, Mightier’s Chief Scientific Officer. Mightier was developed at Boston Children’s Hospital and Harvard Medical School, so parents can definitely feel good about this screen time and the strategies it can help instill.

10. Remind them you needn’t be big to be brave.
Whether it’s blowing their minds with the knowledge that an ant can carry 5,000 times its body weight or inspire them with stories of other kids braving the odds to do amazing things, show them that small is strong and capable. Doing so will also serve as an empathetic reminder to you that the world is big for a little kid. Take that extra beat to look at things from their level as they take those courageous steps that will lead to—and reveal—their best selves.

11 Books That Will Make Your Kids Better People

16 Renegade Women to Name Your Daughter After

We Need to Talk to Our Sons about Mental Health