Getting kids to eat anything they don’t like is always a challenge, but when they’re sick and you’re desperate to get them to take their medicine it can feel impossible. A totally simple, but genius hack on Reddit could be the answer you’ve been looking for, and just in time for flu season. 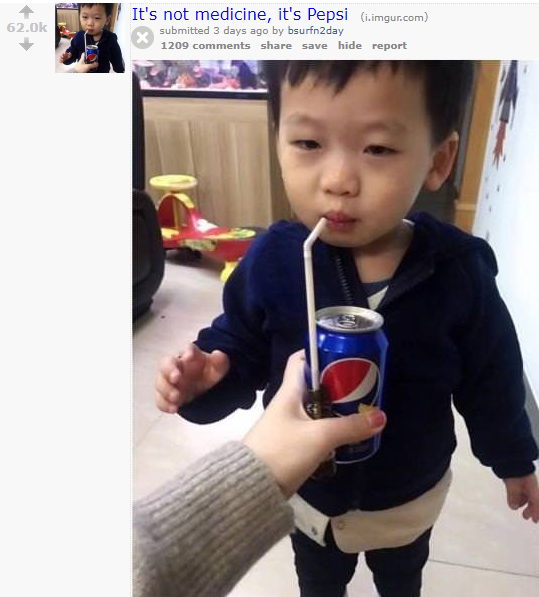 The image of a toddler sipping medicine through a straw which he believes is a can of soda with the caption “It’s not medicine, it’s Pepsi!” was recently posted on Reddit as an easy parenting hack to get kids to take medicine. Reddit users were of course quick to point out the irony that Pepsi was once used as a home remedy itself. “Pepsi got its name as a cure for dyspepsia.” wrote one Redditor.

While associating soda with medication might not sound like the best idea, when desperation strikes you might try anything. Plus, there’s always the possibility that kids might start to believe soda tastes like cough medicine and refuse to touch the stuff. A parenting win-win!

What are some tricks you use to get your kids to take medicine. Tell us in the comments below.