Parents Create the Most Epic Gender Reveal of All Time 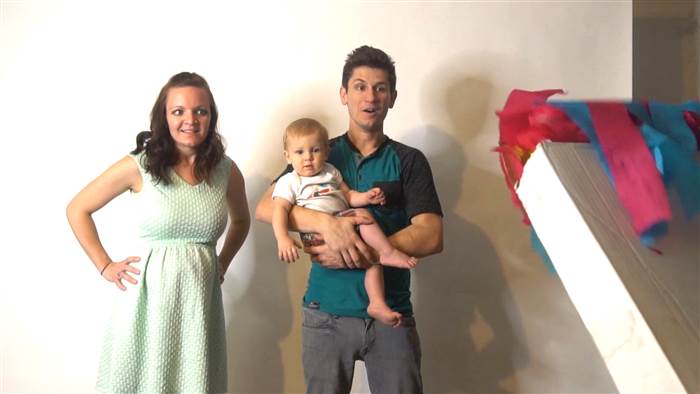 Dad and vlogger, Taylor Calmus, decided he didn’t want to settle for the same old surprise cake color or exploding volcano trick to reveal whether he and his wife, Heidi, were expecting a boy or girl, so instead they set up a Rube Goldberg Device to create the most elaborate gender reveal you will ever witness. Check out the video below to see how it all turned out.

Making clever use of the toys and baby gear laying around their house, the Rube Goldberg device begins with the couple’s first born son tipping a baby bottle over to set the whole thing in motion. From there, the device works it’s way through their entire house, down flights of stairs, and even setting up a fake out reveal. It finally ends in their garage where the couple and their toddler are enveloped in a pink confetti shower, revealing that they are having a girl.

Did you have a clever gender reveal for your baby? Share what you did in the comments.