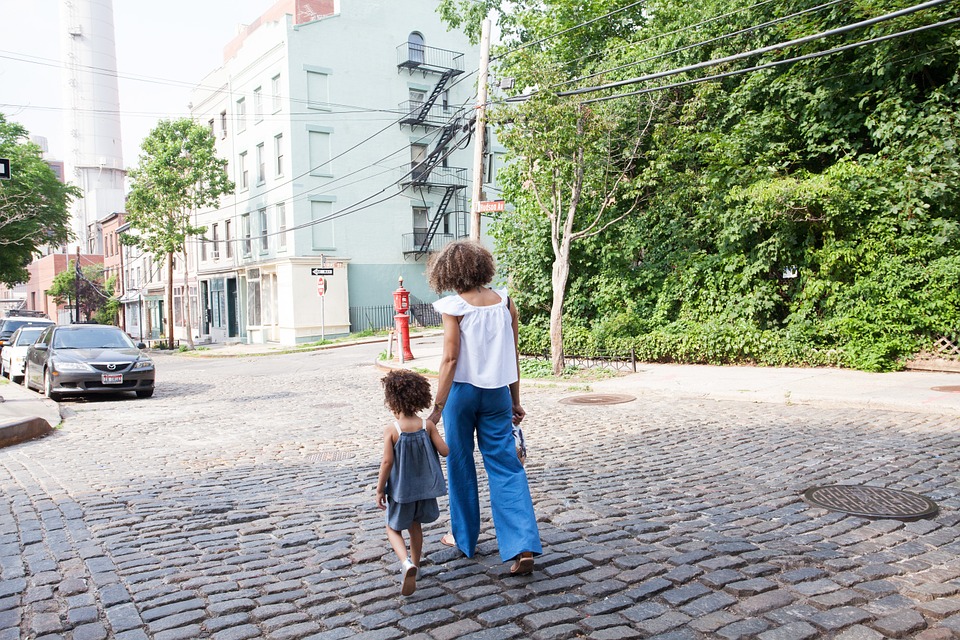 “In our increasingly complicated and anxious world, we need more time to do and be less.” Brene Brown

As parents, we need to try harder to do less.

When we become parents, we have no idea what the hell we’re doing. Yes, we read the books, talk to our parent friends, and take the classes, but nothing prepares us for actually having a living, breathing human who depends on us for his or her every need. The hospital was the easy part. There are doctors and nurses and lactation consultants at our beckon call.

Then we get home and it’s all WTF do I do now? We feel anxious. We worry. We obsess. We pray we aren’t doing it wrong. We try so hard to get everything right. But what is right? And who gets to determine that?

As a mom with almost four years of experience in the parenthood department (which in no way qualifies me to give expert advice, but I’m writing about it anyway), I believe we need to try harder. Try harder to worry and obsess less over doing it right. Try harder to do less.

And maybe while we practice the skill of less is more, we can find more joy and even humor in the small moments of parenthood.

Here are eight places to start!

During my pregnancy, I stressed about having the right everything—the right stroller, crib, car seat, diaper bag, and the list goes on. I needed to have the cutest clothing I could find. I bought tons of baby toys. And do you know what my baby wore most of the time? White onesies or T-shirts and a diaper.

The times he wore his more fashionable clothing were obviously the times he chose to throw up and have massive poop blowouts.

When he was a bit older, do you know what he played with? Plastic cups, empty water bottles, and the boxes the toys came in. We read books, research, and poll our mom friends for the gear we think we must already have when the baby is born, but guess what? Babies barely need anything except their parents to keep them healthy, happy, and alive.

Do less driving yourself crazy over the amount of stuff you think you need to have for the baby. Stick with the basics and do less obsessing about the gear. If you don’t know what those basics are, ask a trusted mom friend. She probably learned the hard way just like I did.

Who says breast is best? Who says formula is best? I say what works for you and keeps you healthy and sane is best. Happy mommy equals happy baby and fed is fed. We need to stop obsessing over how baby is going to get his or her nutrition. Breast milk and formula are equally acceptable options. You might even decide to use both.

For every study that says one way is better, another study comes out to contradict it. Let’s do less of having expectations and judgments about feeding baby before baby is even born because anything can happen. And let’s do even less feeling guilty because it didn’t go how we had planned because as we all learn, babies don’t give a crap about our plans.

All new parents obsess over germs. Sometimes we don’t even want the people we love and trust touching our babies.

We wash our children’s bottles and sippy cups a certain way. We scorn the mom who sent her kid to school with a runny nose.

Guess what? You cannot hide from the germs. When your kids are potty-trained, they will always have to “go potty” in the grossest public bathrooms and they touch EVERYTHING.

After they wash their hands with soap and water, they touch everything all over again. They play on the dirty floor then find a cheerio and put it in their mouth. They go to school and put their hands in someone else’s mouth.

They will get breathed on, sneezed on and coughed on by their classmates. It’s going to happen. You can’t stop it. Let’s do less freaking out over germs and more relaxing.

And don’t hate the mom who sent her kid to school with a snotty nose, because at one time or another, she will be you!

No white flour. No wheat flour. No flour at all. No sugar. No eggs. No nuts. Only organic. Parents go crazy over what their children eat these days.

I want to be clear that I am not talking about parents with kids who have serious food allergies. If that’s you, obsess all you want. But to everyone else, why are we so strict about what we feed our kids?

I had a college friend who wasn’t allowed to eat sugar cereal growing up. When she got to the dining hall the first day of freshman year, she went on a crazy sugar cereal binge for months.

I understand teaching our kids about healthy eating habits, but if they can’t eat anything, how can we even do that? If we restrict the good stuff like sugar and flour, what makes you think they won’t stuff their faces with carbs and candy when it’s available to them at grandma’s or a friend’s house?

And it will be available. If your child comes to my house for a playdate, there might be cookies or brownies filled with gluten, sugar, and eggs, oh my! Let’s try less restricting and more balance when it comes to our little one’s diets.

Recently an old friend told me she forgot to sign her four-month old up for music class and felt extremely guilty. Then she took a step back and realized that it’s no big deal—her son has only been in this world for four months.

As parents, we constantly worry if our children are doing too much or not enough when it comes to classes and activities. I’m guilty of this too. My son needs to be appreciating music while socializing with others at playdates and loving sports, which is why he is playing soccer, tennis, and taking swim lessons. And another boy is also going to art class so shouldn’t my son be going too?

He is also 3-and-a-half and it’s impossible to know what he loves at this age. Yesterday he told me he was so excited to play soccer after school. Today he had a meltdown while informing me he doesn’t like soccer.

We need to give our kids the space and opportunity to discover their own interests. Signing them up for various activities helps them do this. Maybe it just needs to be less activities at one time and definitely less worrying about what other children are doing.

Kids have arguments. They argue over toys, over whose turn it is, over sharing, over who goes first. They tell on each other. They boss each other around.

How do we handle this? Our first instinct as parents is to swoop in and fix it—negotiate the problem and solve it for them. Should it be? Don’t we want our kids to learn to work through their own arguments? Solve their own problems? Perhaps not be so much of a tattle-tale?

If the argument goes too far and it’s necessary for an adult to step in, I’m all for that, but first, we need to give our kids the room to figure it out for themselves.

And if you have a child like mine who likes to sometimes point out what others are doing wrong, try my favorite line, “Worry about yourself. It’s a big enough job.”

It’s time to try less stepping in and more letting our kids work it out for themselves. Unless you want them to be calling you in their 20s because they need you to negotiate a work or relationship conflict on their behalf because you never stopped doing it for them since their toddler days.

My son did everything later than my friends’ kids that are the same age. He rolled over later, crawled later, and walked later. He didn’t clap his hands until he was one years old. His first words were later and he talked in full sentences later too. I used to worry.

I compared him to all the kids his age around us, but after almost three years, I learned to stop doing this (well almost). I realized my son just does things on his own time frame—when he is ready.

Comparing our kids to others is dangerous. It causes us to overanalyze and obsess over what they aren’t doing yet, which makes us miss all the wonderful things they are doing.

Yes, some kids will need a little extra help or intervention and there is absolutely nothing wrong with that. My son went to a speech therapist for several months for an articulation delay. I was able to realize he needed this because I started paying more attention to him and less to the other kids.

Let’s try to do less comparing and more realizing each child is unique.

Have you ever heard the saying, “Put the bat down?” As parents we need to do less beating ourselves up and more of putting the bat down. Again, no book or conversation with current parents can prepare you for the rollercoaster of parenthood.

But it’s time to put the bat down. You are already enough and already doing enough at the hardest job on the planet. So do more of giving yourself a break and lowering that bat. 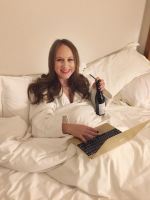 ABOUT THE WRITER Jen Schwartz
The Medicated Mommy Blog