Halloween might be several flipped pages on the calendar away, but if your Paw Patrol-loving child has a penchant for playing dress up or donning a costume to school, you’ll want to take a look through his or her costume trunk. The U.S. Consumer Product Safety Commission issued a recall of the Nickelodeon Paw Patrol Deluxe Marshall Hat with flashlight—and here’s what parents need to know about this Paw Patrol recall.

The hat is modeled after Paw Patrol’s resident fire marshal, a Dalmatian puppy named Marshall, conveniently enough. What’s not so convenient is the serious risk of injury that this particular costume piece could pose to kids who wear it. 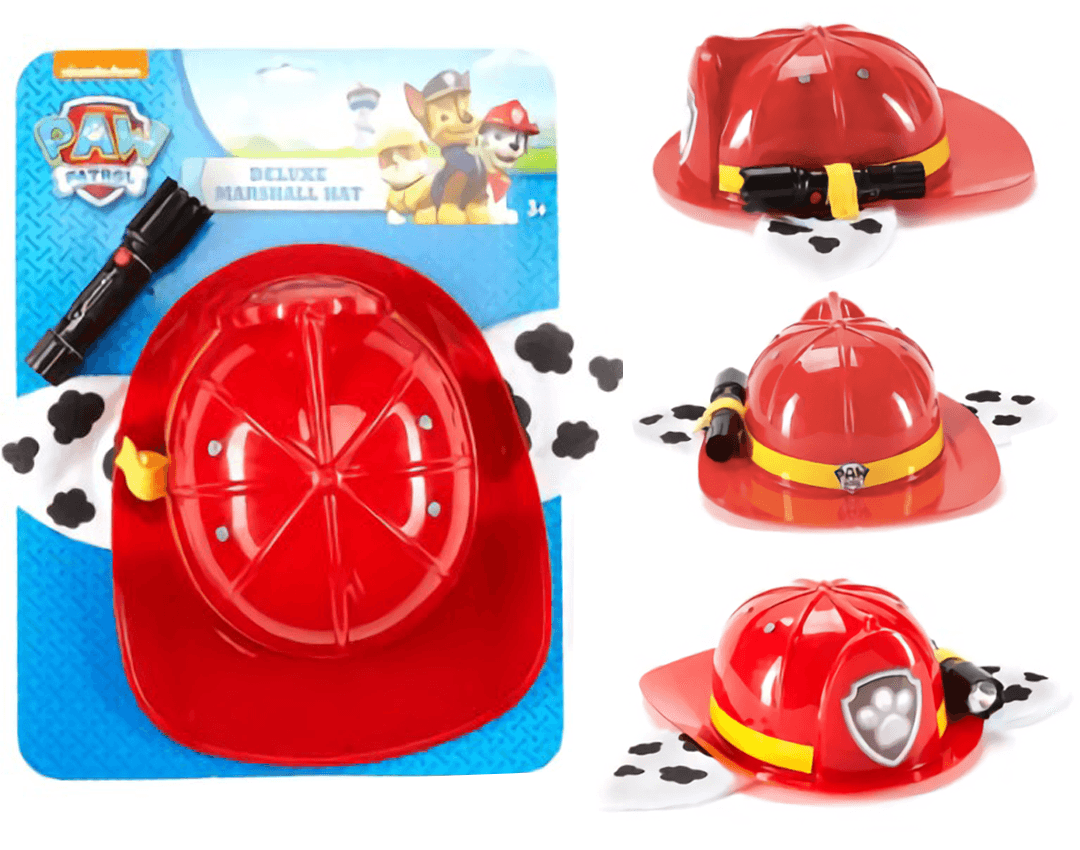 The Paw Patrol Deluxe Marshall Hat with flashlight was sold by Spirit Halloween stores from September 2015 through November 2017, both in-store and online. It comes as a single item, featuring Marshall’s distinct red fire helmet with the Paw Patrol logo on the front, a yellow band around the helmet, black and white Dalmatian ears hanging from the hat’s sides and a working accessory flashlight that can attach to the left side of the hat.

You can view the full CPSC Fast Track Recall alert at its website.

Why Was It Recalled?

Ironically enough, the flashlight can actually overheat, posing a risk for fire and burn hazards, especially if it overheats while your child has the hat on his or her head. According to the CSPC, Spirit Halloween received four total reports from consumers that the flashlight had overheated, including one instance in Canada. Thankfully, no injuries or fires have been reported.

Both the hats and flashlights share the same SKU number. If you have this Paw Patrol costume hat at home, look for flashlights with SKU 01292093 and date codes 1703RY01, 1603RY01, and 1503RY01—those are the only products involved in this recall.

According to the CPSC, both the SKU number and date codes can be found on the label sewn-in under the ear on the hat.

You don’t have to toss the hat itself and you should take a picture of the label under the ear to send to Spirit Halloween, who will issue a full refund for the cost of the hat. You can call Spirit Halloween about the Paw Patrol recall toll-free at 866-586-0155 between 9 a.m. and 5:30 p.m. Eastern, Monday through Friday or email them at GuestServices@spirithalloween.com.

Have you been affected by this recall? Share your stories in the comments.

Which Radio Flyer Wagons Have Been Recalled? Kids Could Get Really Hurt