Female heroes aren’t just about empowering and inspiring young girls. The eight-year-old heroine at the center of the popular Netflix series True and the Rainbow Kingdom is proving that boys love female heroes, too.

Looking at the way TV shows and toys are typically marketed towards kids, there is often a clear gender divide. However, one series is paving the way towards a future where gender doesn’t play a role in how characters can have an impact and make a positive impression on kids. True and the Rainbow Kingdom, which is produced for Netflix by Guru Studio in collaboration with musician and singer Pharrell Williams, has found a base of enthusiastic fans, not only among girls, but boys as well. 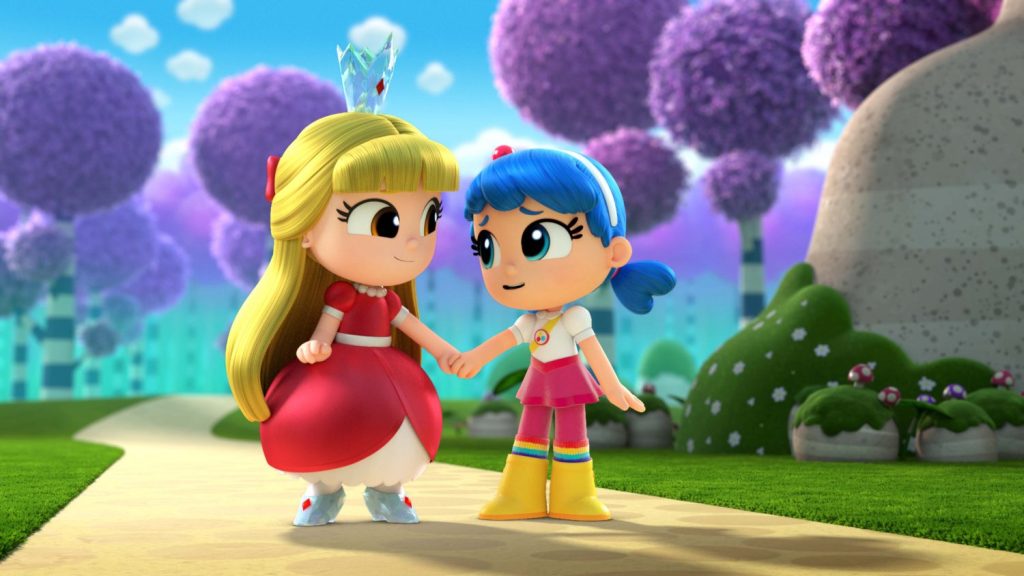 True might not wear a super-suit or carry a sword, but she is a hero that uses her intelligence and compassion to help her friends and other inhabitants in the world around her and both girls and boys are finding her inspiring. While True and her candy-colored world might seem targeted towards girls, boys across the country have become avid fans. Parents have taken to social media to share their excitement over the series.

Boys are celebrating their love of True in a variety of ways, from Halloween costumes to birthday party themes.

It’s not entirely surprising that the series, which is focused on teaching kids mindfulness, fostering empathy and developing critical thinking skills, appeals to kids across gender lines. Early testing of the series before its debut showed an equal amount of engagement from both girls and boys.

Fans of the series will be excited to learn that True and the Rainbow Kingdom has just been green-lit for a third season and a new line of toys is in development, set to roll out this fall at major retailers like Walmart.

These 5 Kids’ Shows Have LGBTQ Characters, but More Representation Is Needed