This Photo of Two Parents in an Airport Sums Up Parenting 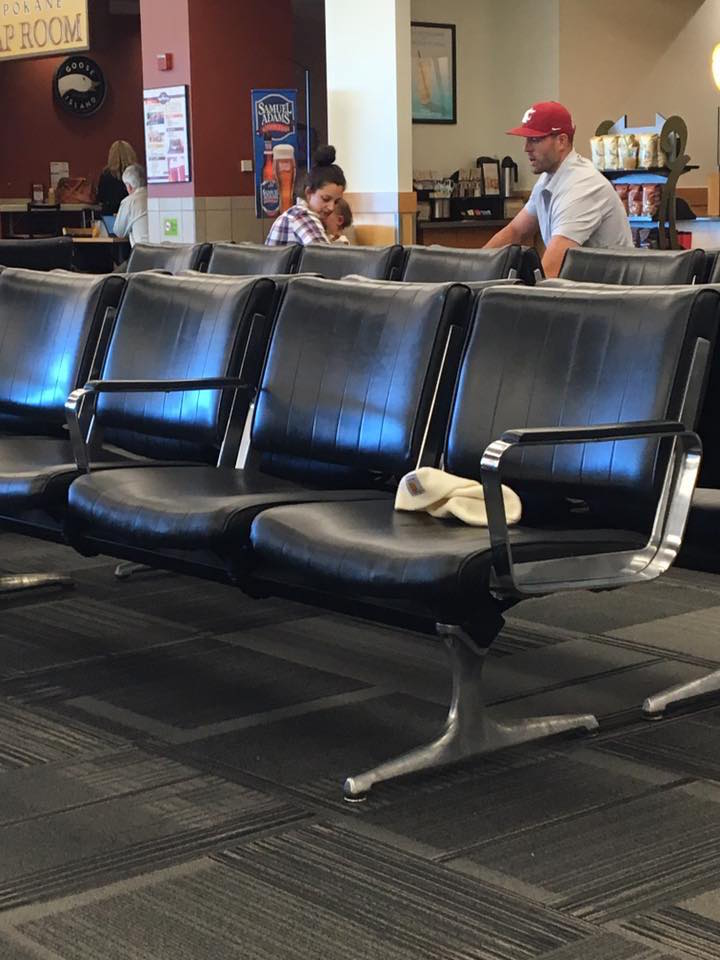 Being a parent is awesome, but it’s also chaotic and challenging at times. One dad took to Facebook to call out parenting he recently witnessed at the airport, but not for the reasons you might think.

Clint Edwards of No Idea What I’m Doing: A Daddy Blog posted a snapshot on Facebook of a couple he spotted at the airport while traveling recently. The parents, he explained were clearly working overtime to corral their young twins, but they were doing their best. “They look a little frazzled. Their flight is about to leave. But they are handling it.” he wrote in a post that has since gone viral.

“This is what parenting looks like. If you two are out there, reading this, I want you to know that you are kicking ass. Taking kids to the airport sucks so bad, and yet you are working as a team. I’ve been there sooo many times, and I know that it can feel like you are losing it. That you are failing at this whole parenting gig. But from my opinion, as a father of three, you are doing it,” he continued.

In a world often filled with negativity and judgment it is refreshing and heartwarming to see one parent applauding another. It does take a village, but sometimes all you need from that village is a pat on the back and some words of encouragement to make your day.

Thanks to the amazing power of the internet, the parents in the picture spotted Edwards post and thanked him for his kind words. Mom, Christie Bienemann commented, “Thank you for the post! This was my husband and I with our almost 14 month old twins! Traveling with little ones is definitely NOT easy and we were pretty exhausted, not gonna lie! Appreciate the encouragement!”

What memorable words of encouragement have you received from other parents? Share your stories in the comments below.