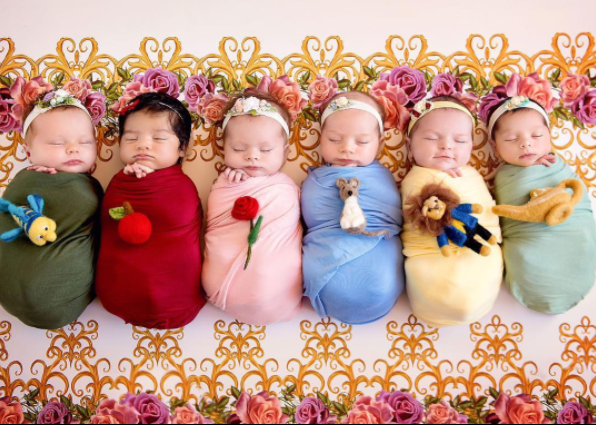 Karen Marie of Belly Beautiful Photography in Rosevilla, Ca is something of an internet sensation this week after her (yes, adorable) photos of newborn babies dressed as Disney princesses went viral.

“All the moms were just ecstatic,” she said. “We had no idea it was going to get this big.”

It’s big, as in, an article featuring her photos on Babble has already been viewed more than 15 million times, she said. When we contacted her, she had earlier in the day talked with reporters from more than 15 different news agencies including Inside Edition, ABC, and NBC.

But she didn’t do her Disney princess photo shoot for any reason other than that she loves Disney and wanted to use her experience as a baby photographer (she runs a busy business that does 20-30 newborn, maternity and family sessions per week) to commemorate this love.

“This is just something I really wanted to do,” she said. “My daughters were really into Disney when they were little . . . and now that they’re getting older, I miss that.”

Prepping for the photo shoot was a family affair. Marie’s teenage daughter helped with the props; her husband made a wooden cradle fit for a princess; and she hand-painted the backdrops. For the costumes, she contacted seamstress Valerie Est at Sew Trendy Accessories to make tiny costumes for the little princesses.

As for the above image of the six royal bundles dozing together, she said that was an accidental victory at the end of a long, hard day.

“We had tried and tried and it literally got to the point where my legs were shaking,” she said. “One baby would wake up and then another one would start crying. I had four assistants.”

But then, after all six moms fed their babies, Marie swaddled them. It was about 85 degrees in the studio, perfect for newborn slumber. And it happened:

“All their tummies were full, it was just the perfect recipe for all of them to go to sleep,” she said.

Marie still has a few more princesses to add to the royal roster. Next week she’ll be auditioning more newborns for the parts of Muana, Pocahontis, Mulan and Tiana.

Scroll down to see some of the shots. (Hint: if you love the dresses, you can buy them here.) 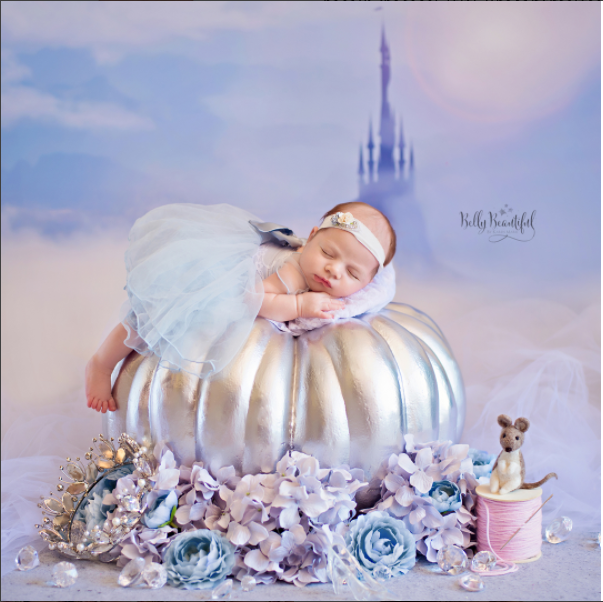 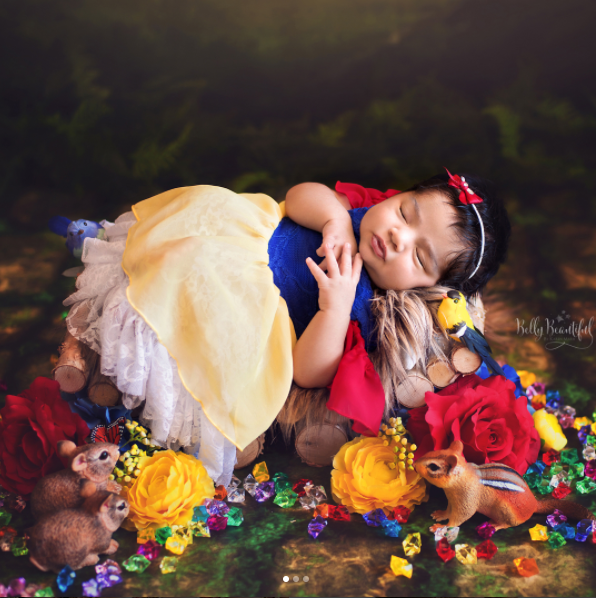 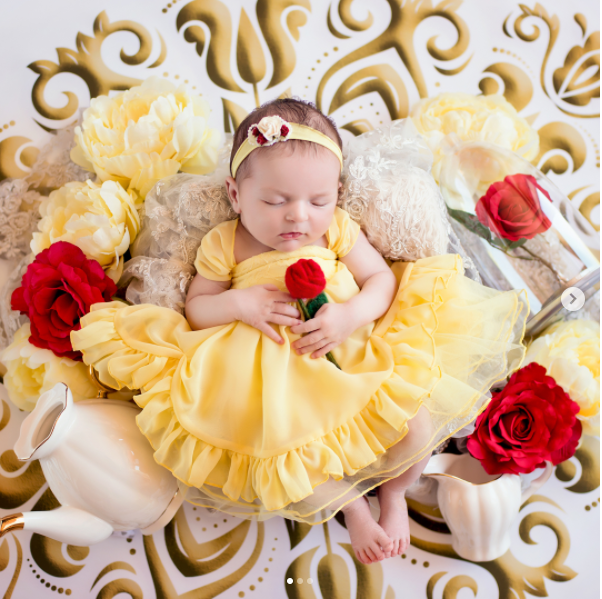 Do you have any pictures of your babes dressed as princesses? Share them with us in the comments below.