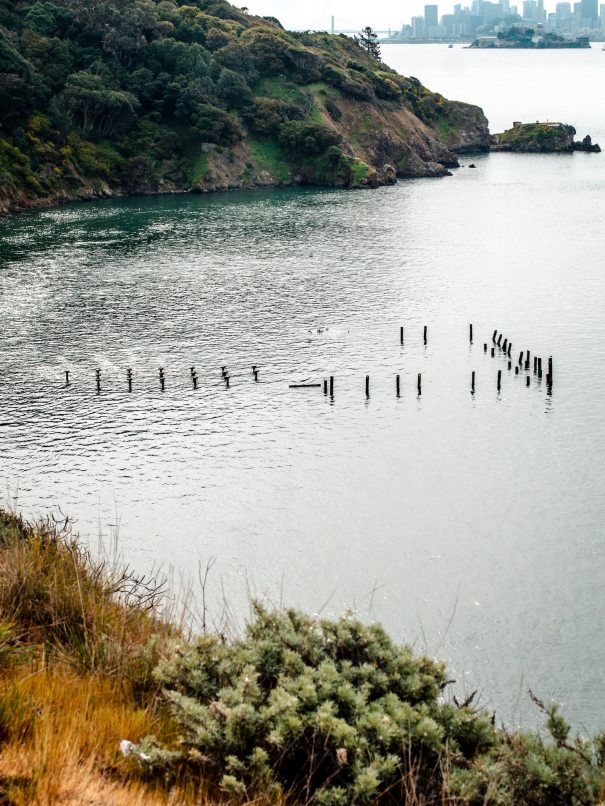 Located on the largest natural island in the San Francisco Bay, Angel Island State Park offers beautiful views of the surrounding Bay Area, including hiking trails and other recreational opportunities. Historically, Angel Island is best known as the U.S. Immigration Station that processed hundreds of thousands of immigrants, mostly from China, in the early 20th century. During World War II, Japanese and German POWs were detained there before being sent to facilities on the mainland. Rich in history, families can explore this national historic park by foot or bike, accessible via private boat or public ferry. Reservations are required.

The Asia Society is a global nonprofit, nonpartisan arts and educational organization with major centers and public buildings in New York, Hong Kong, Houston, and offices in many cities around the world. The Society’s locations as well as most of its programs are open to the public, except when otherwise indicated. The Asia Society’s flagship museum in New York City exhibits traditional, modern, and contemporary Asian and Asian American art, and was one of the first U.S. museums to formally establish a collection focused exclusively on the category. There are plenty of events for everyone in the family, ranging from film screenings to lectures to book readings. While many centers are open to visitors at a limited capacity, virtual museum highlights and online learning opportunities are also available.

Founded more than 50 years ago, the Asian Art Museum of San Francisco’s vision is to make Asian art and culture essential to everyone by inspiring new ways of thinking and connecting diverse communities to historical and contemporary Asian art and culture through a world-class art collection, special exhibitions, and education programs and events. Originally conceived as a wing in Golden Gate Park’s de Young Museum, the Asian Art Museum moved to the former Main Library building in the Civic Center in downtown San Francisco in 2003. Numerous exhibitions and programs are available throughout the year, and there’s a growing roster of virtual events for audiences of all ages.

With its mission to promote understanding and appreciation of America’s ethnic and cultural diversity by sharing the Japanese American experience, the Japanese American National Museum (JANM)—located in Los Angeles’ historic Little Tokyo district—is dedicated to telling the rich 130-year history of people of Japanese descent in the U.S. Through historical and art exhibitions, public educational programs, documentaries, and an innovative curriculum, JANM showcases the many contributions of Japanese Americans—from the pioneering first-generation Issei to the citizens who were incarcerated in internment camps during World War II to present-day Japanese Americans from all walks of life. Currently on exhibit is “Under a Mushroom Cloud,” which commemorates the upcoming 75th anniversary of the bombings of Hiroshima and Nagasaki. The museum is open to the public with limited capacity and requires advanced ticket purchases. 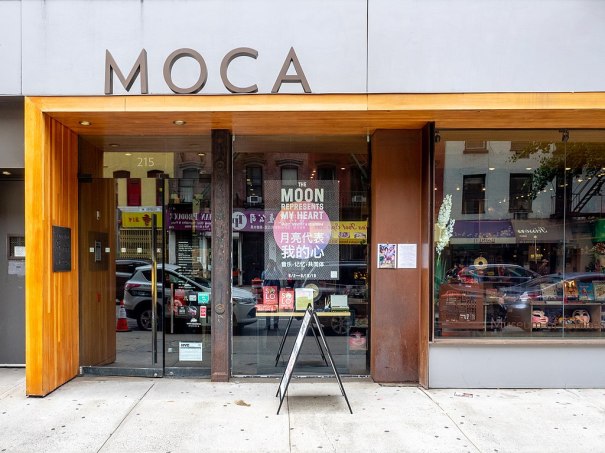 In early 2020, a fire burned down the building that housed a vast quantity of the Museum of Chinese in America’s priceless artifacts. Fortunately, much of the collection was salvaged, but the museum has since been closed. Despite its setbacks, MOCA remains one of the most important and vital arts and cultural institutions for all Chinese of many nationalities in America. While MOCA rebuilds, there are numerous virtual exhibits and programs and an ongoing speakers series accessible online.

Following several years of fits and starts, the first-ever museum in the U.S. dedicated to the history and myriad contributions of Koreans in America is scheduled to open in 2022. Located in Los Angeles, home to the largest community of ethnic Koreans outside of Asia, the Korean American National Museum was established to interpret and preserve Korean American history, culture, and achievements. One of the Museum’s primary objectives is to introduce audiences to the sources of Korean culture, enabling younger members of the Korean American community and its neighbors from other ethnic communities to gain a greater understanding of this rich and complex civilization.

Between March 1942 and November 1945, more than 120,000 Japanese Americans were incarcerated in one of 10 American concentration camps. Located at the foot of California’s Sierra Nevada mountains 230 miles north of Los Angeles, the internment camp at Manzanar was identified by the United States National Park Service as the best-preserved of the 10 former internment sites, and today serves as a national historic site that seeks to preserve and interpret the legacy of Japanese American incarceration in the United States. While the visitors center and exhibits are currently closed, the grounds are open, and visitors may take a self-guided tour around the grounds, accessible by foot or by car.

Founded in 1997, the Smithsonian Asian Pacific American Center (APAC)  is a moving “museum without walls” that shares Asian Pacific American history, art, and culture through its innovative in-person and online museum experiences throughout the U.S. and beyond. Programs include a wide range of activities such as art exhibitions, cultural festivals, public programs, and research in support of Asian, South Asian, and Pacific Islander people in the U.S. Part of the Smithsonian Institution—the world’s largest museum, education, and research complex—APAC aims to preserve and celebrate Asian Pacific Americans’ cultures and contribution to America in an accessible way through a variety of programs, including an online video series, resources for educators, and digital storytelling.

A post shared by Virginia Museum of Fine Arts (@vmfamuseum)

Home to one of the country’s premier collections of Greater Indian and Himalayan art, the South Asian Collection at the Virginia Museum of Fine Arts features stunning examples of sculptures, paintings, textiles, and decorative art from across South Asia. The museum is open year-round and some of the collection is viewable online. Currently on view is “Krishna: The Blue-Skinned Lord,” which showcases art inspired by the mischievous and enchanting Hindu deity.

Situated along the lava flats of the Kona Coast on the Big Island of Hawaii, Pu’uhonua o Hōnaunau National Historical Park is home to some of the most significant traditional Hawaiian sites in the Hawaiian archipelago. Originally established in 1955 as City of Refuge National Historical Park, it was renamed in the late-1970s. Until the early 19th century, Hawaiians who broke kapu (one of the ancient Hawaiin laws) could avoid the death penalty by fleeing to this place of refuge or pu’uhonua and seeking absolution from a priest. Today, the 420-acre national park includes sacred and historical sites as well as exhibits and performances that illustrate the history of the peoples of Hawaii. Pu’uhonua o Hōnaunau National Historical Park is one of the only places in Hawaii where the flag of Hawaii can officially fly alone without the American flag. The park is undergoing a phased reopening, with select exhibits and services currently suspended.

The Pacific Island Ethnic Art Museum was founded in 2010, with a mission to amplify the collective wisdom of the people of Oceania through a permanent collection, educational programs, rotating exhibits, and living arts. By connecting the community to resources and foster intercultural exchanges with appreciation and respect, PIEAM seeks to engage visitors and share the rich history and contributions of people from the Pacific Islands. Although the main museum is currently closed, an outdoor exhibit—titled “ALA MAI: An Awakening of Mental Health Awareness”—is currently installed on the exterior of the museum garden and viewable through the end of May. 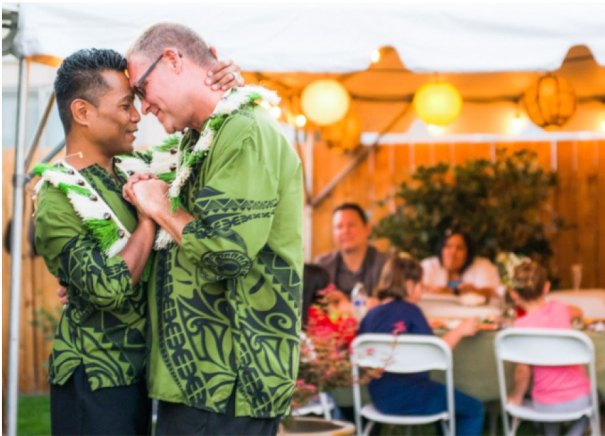 This Seattle stalwart takes an unflinching look at the Asian Pacific American experience: from Chinese settlement in the 1880s and Japanese internment camps during WWII to the current anti-Asian hate across the U.S. Housed in an impressive 60,000 square foot facility, the Wing Luke Museum is known for creating provocative, community-driven exhibitions and programs that reflect the multiplicity of AAPI identity. Named after pioneering Chinese American politician Wing Luke, the museum’s mission is to connect people to the dynamic histories, cultures, and arts of Asian Pacific Americans through vivid storytelling and inspiring experiences to advance racial and social equity.

As one of the few internationally recognized U.S. institutions dedicated to the arts and cultures of Asia and the Pacific Islands, USC Pacific Asia Museum’s vast collection of more than 15,000 objects that span more than 4,000 years of history traverse through the regions of Persia to the Pacific Islands. Founded in 1971, the museum seeks to further intercultural understanding through its focus on classic and contemporary arts of Asia and the Pacific Islands. Housed in the Grace Nicholson building in Pasadena, California, the Chinese-inspired architecture is a registered California State Historic Landmark. The museum is scheduled to reopen on May 29, 2021, and admissions will be “pay what you wish” through June 6, 2021. Advanced ticket purchases and time reservations are required for admittance.