“Play” Doesn’t Go on a Resume…but Maybe It Should 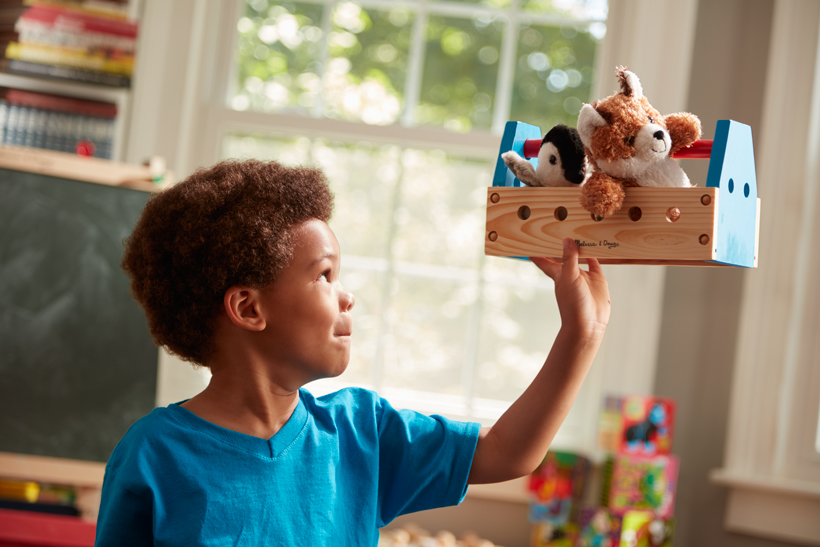 The phrase “Play doesn’t go on a resume” — and the profound impact that has had on childhood — has been plaguing me since I had the honor of sitting on a panel with Dr. Peter Gray, a renowned research professor of psychology at Boston College and a group of esteemed childhood development experts as we discussed the results of a new study on parents’ perspectives on play.

When asked how parents can create environments that nurture play, Peter Gray, stated, “The first step is parents have to understand the value of REAL play. We’ve turned childhood into a period of resume-building. And parents think they have to be behind that resume-building. Play doesn’t go on a resume.”

How different would childhood be today if child-led play were valued in the same way as organized sports, academics, and other extracurricular, adult-led activities?

Imagine a resume where under “Skills,” you might find “Ability to think outside of the box as evidenced by transformation of simple cardboard structure into any number of adventure-ready vehicles” or “Demonstrated strong negotiation tactics while collaborating with 6-year-old colleagues on the rules to Duck, Duck, Swoosh, an original twist on a classic game.”

While of course I’m being a bit dramatic, the truth is play DOES develop the very skills every parent should want for their child. Unfortunately, play has an inherent problem in that its benefits can’t be measured with a score, rank, or number. We need to do the hard work of convincing society that giving our children more downtime to follow their own curiosities and interests and explore the world is perhaps the greatest gift we can give them — one that will last a lifetime.

There’s so much stacked against this effort, though – our safety fears (perpetuated and often exaggerated by media), our desire to “keep up” with the neighbors, and the “teaching to the test” culture in our schools. It’s not going to be easy, I know. I personally struggle to give my children the trust, time, and space they need to put them on the path to self-discovery.

For years I have felt the strain of knowing that much of the world and I are clearly off course and jeopardizing our children’s happiness. But I haven’t had the strength or confidence to get off the treadmill of performance, pedigree, and structure.

In order to try to better understand the problem and be part of a solution, Melissa & Doug, (the company I co-founded with my husband, Doug) partnered with Gallup to conduct a nationwide study of parents’ perspectives on their children’s time spent outside of school: how it is spent, prioritized, and valued.

Prior to this study, there was a surprising lack of research on this topic. It is parents, for the most part, who decide how their children spend time outside of school and so it is parents we need to convince how crucial child-led play is to their children’s development and well-being.

Here are three of the most revealing findings from our study with Gallup, as well as some of the lingering questions that deserve more attention and discussion.

1. The Power of Play Is Not Fully Appreciated

Our study revealed that parents don’t fully recognize the many benefits of child-led play. Researchers and experts have found that this type of unstructured play is critical in helping children with healthy brain development, self-regulation of emotions, and improved literacy. Yet parents in our study associated child-led, indoor play mostly with creativity and problem-solving, which they did not rank as important qualities for their kids to develop.

Ironically, the three qualities they most highly value — self-confidence, social skills, and academic skills — they linked to structured activities and organized sports, when all of them have been closely linked to play.

Paul Tough, author of “How Children Succeed” said it best, “The very charactor traits play helps children develop and nurture – like grit, curiousity, and social intelligence – are at least as important [as IQ] in a child’s success and quite possibly more important.”

To excel in the 21st century information economy, our children are going to need to be innovative, to be able to think outside the box. In fact, a 2010 survey of 1,500 CEOs cited “creativity” — more than rigor, integrity, or vision — as the key to success in an increasingly complex world.

How do we get parents, educators, and society to value child-led play, to understand its mental and physical benefits and its connection to innovation and success, and to make time for it throughout childhood? What actions can we all take? How do we lead the charge on making this change

While we were heartened that our study showed parents and kids both seem to value outdoor play and devote time to it, we were concerned to see that children’s second and third most preferred activities (after outdoor play) involve screen-based play – watching media and playing on electronic devices.

In a report last year, the American Academy of Pediatrics released its advisory on screen-time limits for children and noted, “It is important to emphasize to parents that the higher-order thinking skills and executive functions essential for school success, such as task persistence, impulse control, emotion regulation, and creative, flexible thinking, are best taught through unstructured and social (not digital) play, as well as responsive parent–child interactions.”

Our study indicated that while parents are concerned about their children’s level of screen time, their child’s preferences for it are often prevailing, with children spending up to 19 hours a week on screens. Two-thirds of parents worry — either a little or a lot — that their child spends too much time on electronic devices. And as children’s screen time levels go up, so too do parents’ concerns about children’s stress levels, academic performance, and social skills.

What’s more, their concerns are valid. In China, doctors view screen addiction as a clinical disorder with serious consequences for children’s mental health and well-being.

This says to me that we must provide kids other options to experience the world in a hands-on, active, exploratory way. How do we spread the word that technology is addictive, especially to young children, and how do we address these potential issues right from the start? How do we as parents encourage appealing alternatives to screens so our kids get a balance of play

3. Boredom Is Not Embraced

One of the findings that came out of our study confirmed something I’ve long observed: Parents are not comfortable letting their kids be bored. I’ve written about this topic in the past, and it was not surprising to see the data points support my theory.

In addition, only 21% of parents strongly agree that it’s good for kids to be bored now and then. And when asked about their strategy when their kids are bored, only a third say their approach would be to let the child figure things out for themselves.

Studies have shown a connection between boredom and creativity. I think we as parents need to train ourselves to not step in immediately when our children are bored — to let them feel that emptiness, work through it, and come up with their own creative ways out of it. It’s through this process that they will develop skills to serve them for a lifetime.

How do we get parents — and children — to embrace boredom and to understand that they have the power to turn it into something magical?

I am on a mission to Take Back Childhood and preserve it as a time for imagination and wonder, and this study is just the beginning. As a company, we will continue to raise awareness with parents and educators and provide ideas for incorporating child-led play and downtime into our children’s lives. And my personal goal is to become a “trustful parent,” one who trusts their child to, in the words of Peter Gray, “play and explore on their own, make their own decisions, and take risks and learn from their own mistakes.”

You can read the full Gallup study here. 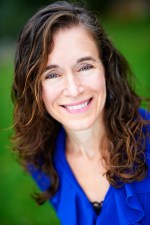 Melissa Bernstein is the co-founder of global toy company Melissa & Doug, a mother of six, and a leader of the movement to Take Back Childhood.
MORE FROM Melissa:
Why Boredom Isn't A Bad Word, The Power of Free Play, How To Be An Imagination Coach
Red Tricycle > Spoke Contributor Network > “Play” Doesn’t Go on a Resume…but Maybe It Should