Play With Your Food: 10 Games that Use Potatoes

Cheaper than apples, tougher than eggs—those are just two reasons why the rusty trusty potato makes the perfect plaything. From building a veggie-powered battery to running a potato relay race, these 10 games star the dependable spud. 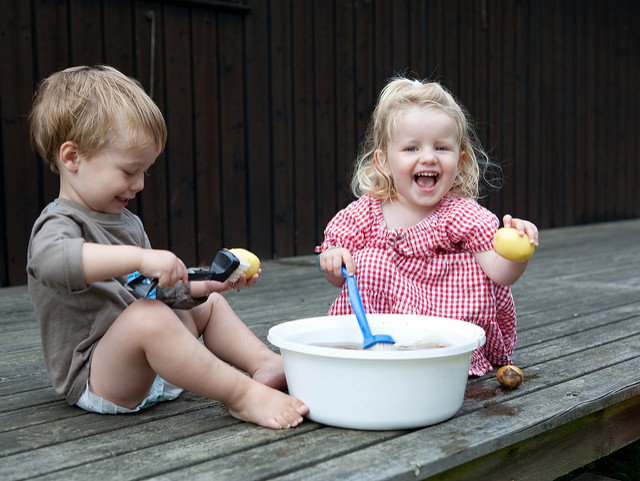 Pairs of players stand back to back holding a potato between their backs. They must go through an obstacle course without dropping the potato. Then the potato is passed to the next pair.

Stage a short running race in which all racers must balance a potato on their heads. If it drops, you’re out of the race!

Players hold a spoon in each hand. Balance a potato in one spoon while the other remains empty. Pair up try to knock your opponent’s potato off the spoon without losing your own potato.

Cover a playing field with potatoes. At the signal, the potatoes must be collected and put into a pail or bowl using only a spoon. The winner is the person who collects the most potatoes.

Who can make the longest potato peel?

Fill a tub filled with water and a sack of washed potatoes. Who can fish out the most potatoes within 2 minutes using only their mouths?

A large potato is cut into several little pieces. Try to put the potato back together using toothpicks.

Go through an obstacle course balancing a potato on a spoon.

Learn about the basics of battery science and use potatoes to make a simple battery to power a small light and a buzzer.

Do you have any other potato games to share? Tell us in the comments below!