Playing with Your Food Changes Everything 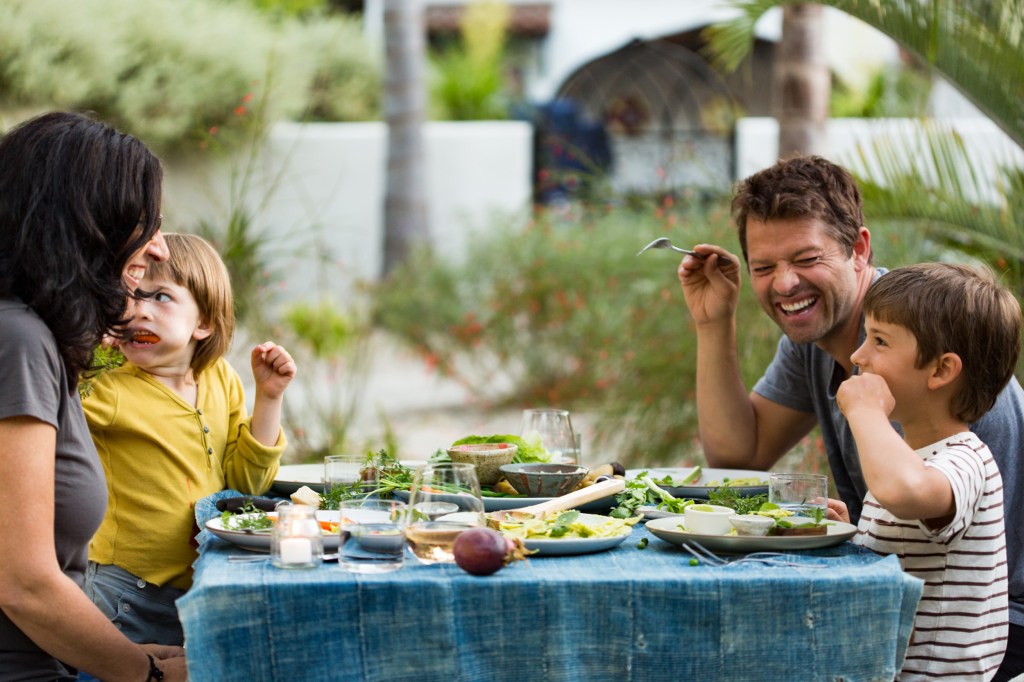 Most of us know we should be feeding our kids more fruits and vegetables. And most of us know that while that sounds easy in concept, in practice it can feel like an insurmountable challenge. Changing a family’s eating habits isn’t easy — and with the shortage of time and the abundance of convenient processed foods out there, eating healthy can often feel like a battle that’s lost before it’s begun.

When our kids were little, meal times were beyond stressful. We’re both busy professionals, so our schedules are always packed. Between work, traveling for work, and completing all the endless tasks and chores that accompany any parent’s busy schedule, we were perpetually exhausted. So when our son West refused veggies, many times “eat the broccoli” just wasn’t a hill we were willing to die on. We’d capitulate and end up feeding him buttered noodles, fruit snacks, and tubes of processed “yogurt.”

We didn’t want to set our kids up for a lifetime of bad habits eating only bland, over-processed food bereft of nutritional value. Food should be a joy, not a chore! Our wish list was simple: we wanted our kids to eat mostly real food and to approach new food with an open sense of curiosity. We don’t expect them to like everything, but we wanted them to enjoy the journey of trying new things and to be courageous. Ideally, we want them to grow up to eat mostly fresh, balanced meals without feeling guilty or obsessing about eating healthy or afraid to ever eat the doughnut. But it’d be dreamy if they feel internally motivated to choose healthful foods, eat regularly, and use internal cues of hunger and fullness to guide their eating.

We also wanted food to be a source of connection in our family. We grew up with opposite experiences with family meals: one of us grew up as a latch-key kid with parents who never cooked, the other grew up poor, but no matter what else was happening, the small family came together around meals. Mealtime was a place of joy and warmth, and we both wanted that for our own family.

It sounded great… but felt impossible to achieve. We started to wonder if there was another way. Could family meals be an experience that bonded us? Could we buck the insidious US kids’-menu brainwashing that tells us kids only eat hot dogs, chicken nuggets, and mac & cheese? As busy parents, how could we flip the script?

So we started to explore, and one day something miraculous happened. In the grocery store, our toddler West put some items into the cart without us noticing and we brought them home. As we unpacked the groceries and found a Jerusalem artichoke, we told him, “Westy, we don’t even know how to cook this.”

Without missing a beat, he said, “I’ll show you.”

So we let him loose to explore and he ate what he made. It marked a reset for our family. By engaging the kids in meal preparation and playing together, we discovered they weren’t only willing to try more diverse foods, they became excited about it. We started to research and were surprised to learn that the homogenized “kids’ menu” is an American invention and that in other countries, kids’ eat the same real food grown-ups eat. That was an awakening. If other kids could learn to do that, ours could, too! 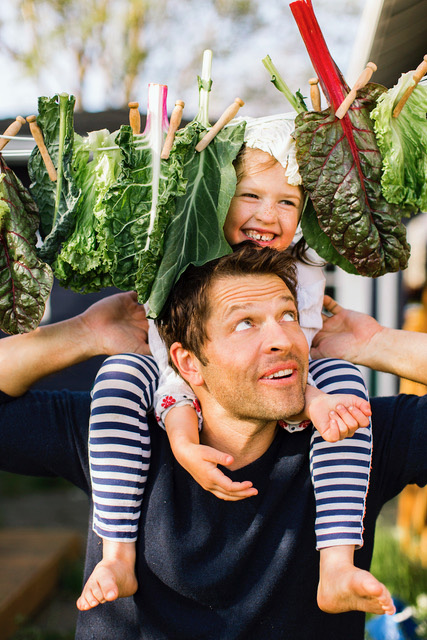 So we started to let West and his sister, Maison, occasionally lead in the kitchen. We let them be active participants in meal preparation and we let them play. It takes on average preschoolers ten to fifteen exposures to a new food before they’re willing to experience it, and even more before they “like” it, so we had to unlock some patience on our part as well. We had to learn to let go and let them make a mess and to sometimes make things that no one (even us) wanted to eat. But we soon found that by giving them agency and freedom in the kitchen, along with certain gentle boundaries, we unlocked their natural curiosity and creativity. It changed everything. Now, instead of goldfish crackers or cookies, our kids turn to a salad as “comfort food.” (Really.)

It hasn’t always been easy for our family to find its path to healthy, happy family meals. We’re parents, not professional chefs or nutritionists, so we talked with experts to help us develop tips and tricks that actually work to end the power struggle around mealtime. But if we could share one tip with other harried parents from everything we learned, it’s this: It’s not about persuading kids to eat something they don’t want; it’s about inviting them to become creative, curious explorers who see new food something exciting to seek out. So let them play with their food—and play with them, too! After all, we’re going to share approximately 6,205 dinners with our children before they turn 18—it might as well be a fulfilling, joyful adventure. 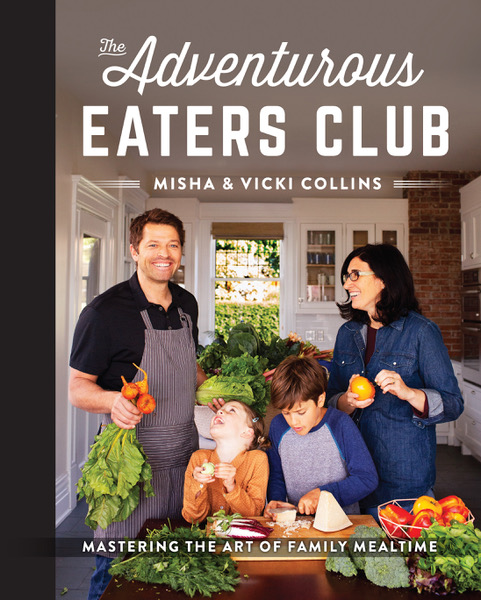 ABOUT THE WRITER Misha and Vicki Collins
The Adventurous Eaters Club