Pokémon & Post Malone Are Teaming Up for a Unique Collab

Pokémon is turning 25—and fans are the ones getting a very special bday gift! In celebration of the big 2-5, you can join superstar Post Malone for a virtual concert on Feb. 27 (a.k.a. Pokémon Day).

Not only is the concert pure Pokémon fun, it will also launch the P25 Music program. P25 Music features collabs between the Pokémon brand and some of the most notable names in the music industry, including fan fave Katy Perry. 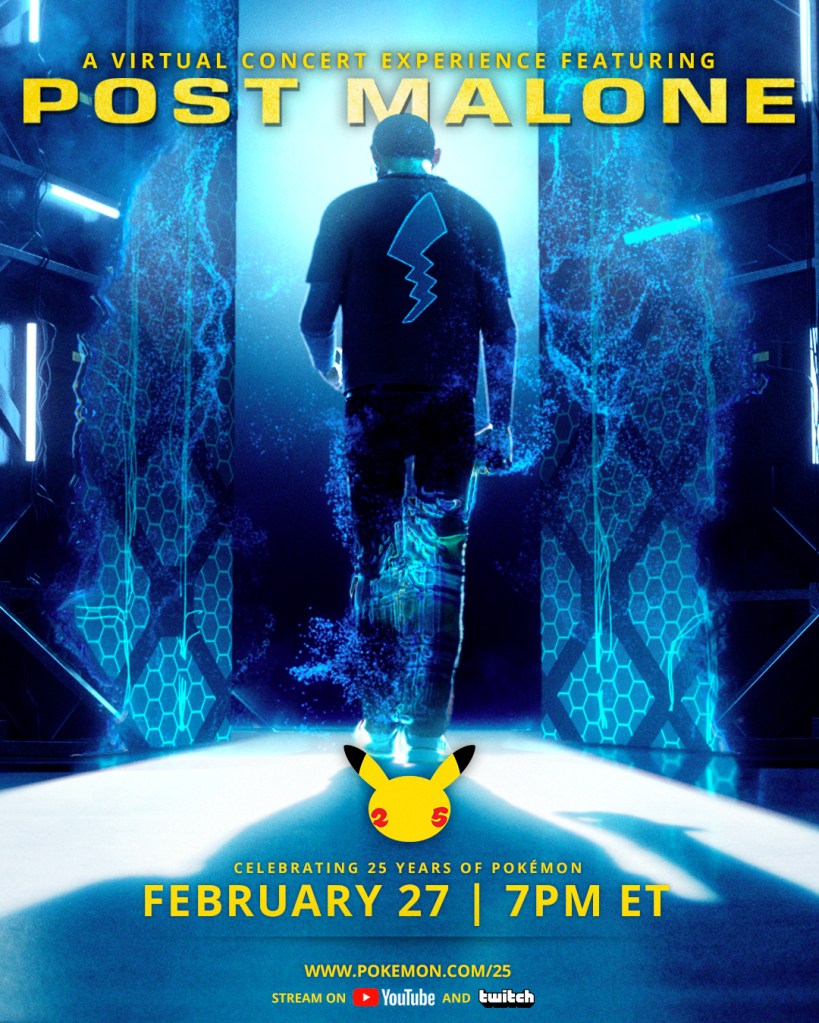 You can review the concert for free on the official Pokémon YouTube channel, Pokémon’s official Twitch channel or on Pokémon’s 25th anniversary website. The concert starts at 7:00 p.m. EST/ 4:00 PST.

Of the upcoming 25th anniversary concert, artist Post Malone said in a press statement, “I’ve been a Pokémon fan for a long time, so the opportunity to headline the Pokémon Day concert celebrating 25 years is awesome.”

Even though the concert won’t debut until Feb. 25, you can get in on the Pokémon anniversary excitement before the event. Check out Pokémon GO Tour: Kanto on Feb. 20 or nab a password for the Pokémon video game on Feb. 25. The password gives players a special Pikachu for the Pokémon Sword and Pokémon Shield games.

New Resort Alert! You Can Book a Vaycay with SpongeBob Right Now