This Pokémon Card Could Be Worth Over $100K

Check your Pokemon stash, this card could be worth $100k. A pristine copy of arguably the most sought-after Pokémon card in the world could bring $100,000 or more in Heritage Auctions’ Comics & Comic Art Auction Jul. 9-12 in Dallas, Texas. Heritage will offer Super Secret Battle “No. 1 Trainer” card which was once awarded to a tournament winner. 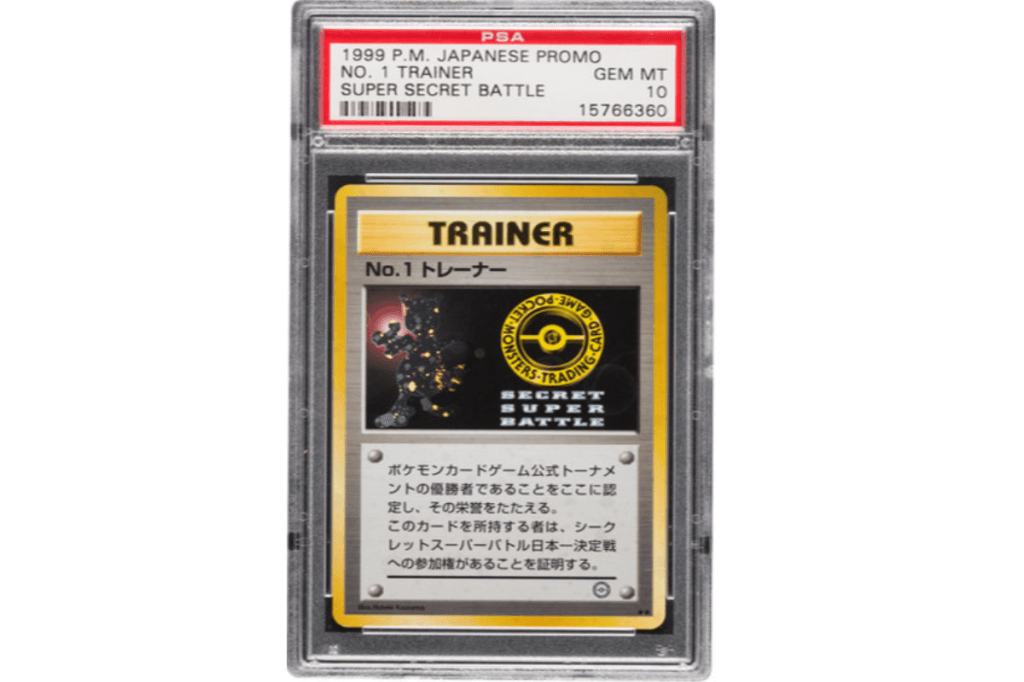 “This unique card can easily be the centerpiece of any serious Pokémon card collection,” said Jesus Garcia, Assistant Comics & Comic Art Operations Supervisor at Heritage Auctions. “These cards were given to the winners of regional Pokémon tournaments, of which there were only seven, making this an exceedingly rare prize among collectors. The perfect grade is important, of course, but the sheer rarity of the card is the main reason why it is an inarguable must-have for serious Pokémon collectors.”

The card reads “The Pokémon Card Game Official Tournament’s champion is recognized here, and this honor is praised. By presenting this card, you may gain preferential entry into the Secret Super Battle.”

The tournament was so secretive that the competitors only found out the location of the final round after winning a regional tournament. The finals took place Aug. 22, 1999, in Tokyo.

Red Tricycle > News > This Pokémon Card Could Be Worth Over $100K