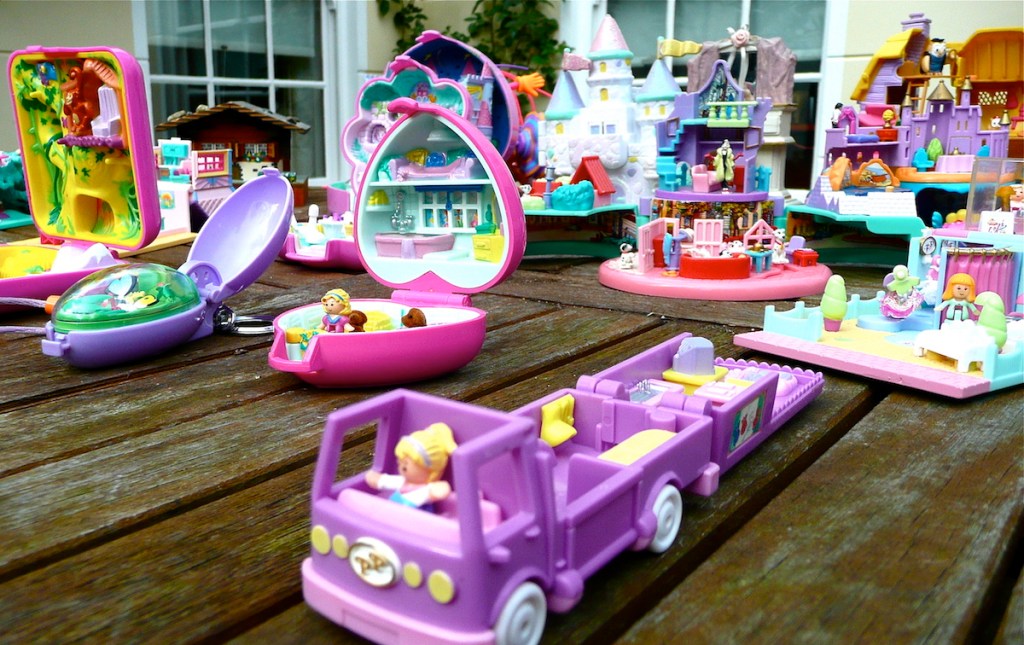 If you grew up sporting scrunchies and watching TGIF, then chances are pretty good that one of your favorite toys was a Polly Pocket. The itty bitty doll and her awesome universe that fit conveniently in your overall pockets are ready to wow the next generation because Polly Pocket compacts are making a comeback.

The original Polly Pockets were first introduced in 1989 and they swiftly became one of the must-have toys of the decade. Not only were these mini dollhouses decked out in the eye-popping colors of the late ‘80s, but they were one of the best ways to pass the time on a long car ride (remember those days when tablets and iPhones didn’t exist to keep you entertained?!). Sadly the Polly Pocket as you knew them were discontinued in 1998 and replaced with a different style that featured larger figures and much less compact living spaces.

Did you see!!! #PollyPocket is coming back! Check out some of the cute new compacts coming!!! #newtoyalert #mattel #toys #toycollector #90stoys

Now the original Polly Pocket is set for a return and it’s sure to delight the ‘90s kid in you as much as it does your own kids. The new line looks much more similar to the originals with a return to the smaller compacts and figures. The toys are set to launch in stores in June.

Were you a Polly Pocket fan as a kid? Do you think your own kids will love these? Share your thoughts in the comments.

Oldschool Toys from Your ’90s Childhood

Do You Remember These Classic Sidewalk Toys from the ’80s & ’90s?