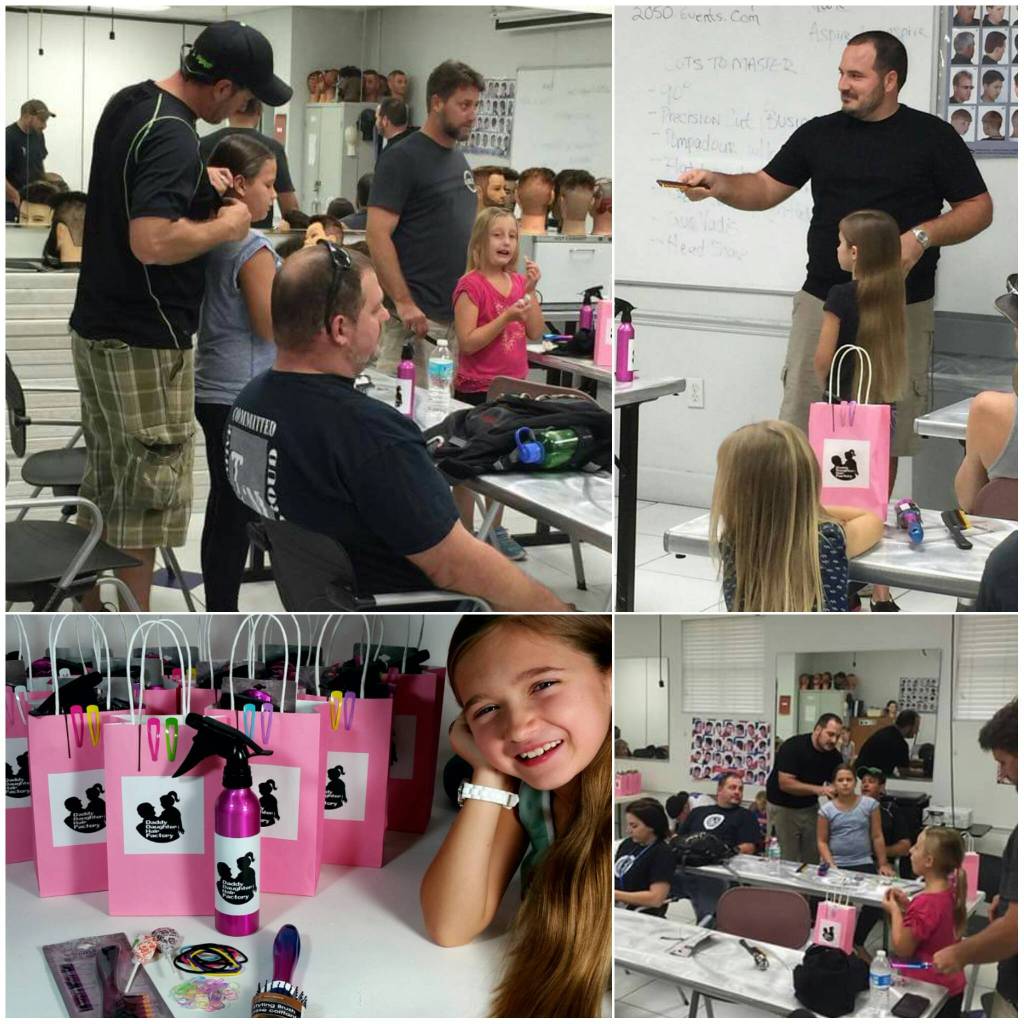 That special father-daughter bond is a precious thing. And single dad Phillipe Morgese of Daytona, Florida, proves that dads will really do anything for their daughters. Philippe believes single dad or not, men should be there for their daughters every step of the way—including pulling your little lady’s hair back into a ponytail.

Philippe rose to the challenge and became such a hairstyle master that he started getting questions from other dads. Philippe was inspired to organize a class for fathers and daughters to teach dads Little Girl Hairstyling 101. Philippe hopes to expand the class in the future—we hope so too!

What is the most stressful hairstyle your child has asked you to do for them?