The weekend before Christmas is here, and chances are, your little elves are getting restless for Santa’s arrival! Keep them occupied by packing their daylight hours with tons of festive fun. Head downtown and catch the Kimpton’s Roaming Reindeers and attend a holiday show. There’s more than enough to do before the sleigh bells start ringing on Christmas Eve night. Read on to find out more. 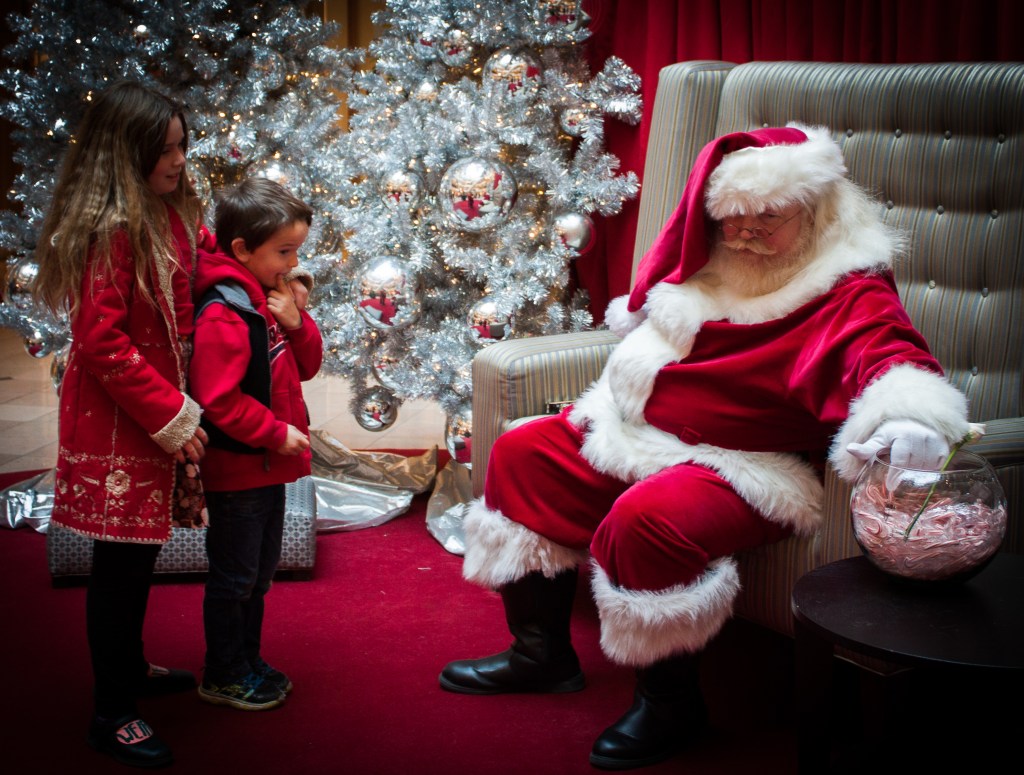 See the Roaming ‘Reindeers’
Get some llama love with therapy animals Rojo (llama) and Napoleon (alpaca) who will be roaming around town with the Kimpton crew as ‘reindeers,’ and available for photos, a gentle pet and to help reduce your holiday stress. Beginning at Hotel Monaco Portland (506 SW Washington St), the Kimpton crew alongside Rojo and Napoleon will head up SW Washington Street and toward Pioneer Courthouse Square, stopping along the way to spread as much llama love as they can. Fri. Event Details.

Attend the Kid’s Company NW Holiday
Kid’s Company NW presents a holiday musical you won’t forget! Kid’s Company NW is a musical theater performing troupe comprised of talented kids between the ages of 8 and 14. Immerse yourself in a fun story and a whole lot of singing and dancing. After the show, head up to the stage to meet the stars! All ages welcome. Fri. Event Details.

Check Out this Winter Nutcracker Performance
Don’t miss this fun holiday performance. The show will include a mix of classical and contemporary dances to holiday tunes and excerpts from Nutcracker. There will be shows at 1pm and 5pm. Sat. Event Details.

Watch Mark O’Connor and Friends: “An Appalachian Christmas”
For a fifth and final year, All Classical Portland presents multi-Grammy and CMA Award-winning violinist Mark O’Connor with the Grammy Award-winning O’Connor Band in An Appalachian Christmas at the Arlene Schnitzer Concert Hall. O’Connor’s prolific career as a classical music composer and legendary bluegrass fiddler is “one of the most spectacular journeys in recent American music.” (The New York Times) Fresh off their Grammy win for the 2017 Best Bluegrass Album, the O’Connor Band combines elements from classical, folk, and bluegrass to create an “Americana” sound that has won over fans of every musical style. Special guests include principal cellist with the Oregon Symphony, Nancy Ives, and virtuosic trumpeter Allen Vizzutti with pianist Laura Vizzutti. A joyous celebration from start to finish… don’t miss out on your last chance to experience the magic live! Fri. Event Details.

Help with LeRoy Haagen 4th Saturday December Event
This event is a restoration project for the forested area at LeRoy Haagen park. A multitude of animals call this forest home: red tail hawks, native ground bees, rabbits, and is visited by deer and the occasional kestrel and bald eagle. Typical projects vary depending on the time of year, but include English ivy, Holly, and Himalayan blackberry removal, and mulching for Shiny Geranium and Herb Robert control. When this event began two years ago, there was a near carpet of eight different invasive plants. Because of that, there are very few young native trees. From September to February we will be planting a small number of native seedlings gathered from neighbors. Sat. Event Details.

The Amazing Bubble Man
Louis Pearl has been thrilling audiences around the world for nearly 30 years with the art, magic, science and fun of bubbles. He is a favorite at the Edinburgh Fringe Festival, where he has enjoyed eight years of sell-out success.

Louis explores the breath-taking dynamics of bubbles, combining comedy and artistry with audience participation and enough spellbinding bubble tricks to keep everyone mesmerized. From square bubbles, bubbles inside bubbles, fog-filled bubbles, giant bubbles, bubble volcanoes, tornados and trampolines to people inside bubbles, the Amazing Bubble Man conjures shrieks of laughter and gasps of amazement from all ages.

Check Out The Joy Cinema Holiday Sing-Along Extravaganza
This is going to be a bona fide hoot, and the perfect way to prep for Christmas, New Years and life in general. It’s the Joy Cinema Holiday Sing-Along Extravaganza! First the performers warm up by singing along with all of your favorite holiday ditties like Rudolph the Red Nosed Reindeer, Frosty the Snowman, Santa Claus is Coming to Town and more, all played live in the theater by Portland rockers, The Jim-Jams! Then they’re going to watch the weirdest, wildest, most ridiculous and laugh-out-loud silly Christmas movie of all time, Santa Claus Conquers the Martians (1964). All of this, plus MC duties handled by the Tigard’s king of schlock himself, Jeff Punk Rock Martin, and other surprises for only $8. Beer, wine, pizza, nachos, popcorn, candy, soft drinks and soylent green (testing you again…) available for purchase. Don’t miss this weird wild night of fun brought to you by Community Movie Night with Ygal Kaufman and the Joy Cinema!! Fri. Event Details.

Attend The Grotto’s 30th Annual Christmas Festival of Lights
Presenting the sights, sounds, and sensations of the season, The Grotto’s Christmas Festival of Lights is the largest Christmas choral festival in the world. The festival features nearly 160 indoor holiday concerts performed by many of the region’s finest school, church, and civic choirs. Offering a family-oriented blend of traditional celebration and serene reflection, the festival theme reflects the special season of hope that Christmas offers to many thousands of families from around the Pacific Northwest.

Head to the Winter Village
Be one of the first to step on the ice in 2017 as Hillsboro brings back Winter Village at Jerry Willey Plaza at Orenco Station, featuring the only open-air ice skating experience in the area. The magic of the holidays will come alive with carolers, shopping, dining, kids’ activities and the gathering of family and friends. This outdoor ice skating rink transforms the Plaza, making it a seasonal family centerpiece in Hillsboro and the region. Please check website for special free and reduced admission days and times. Fri., Sat., & Sun. Event Details.

What is your favorite family activity or event to take the family to the weekend before Christmas? Share in the comments below.

Red Tricycle > What to Do This Weekend > Portland Kids Weekend Events: Dec. 22-24 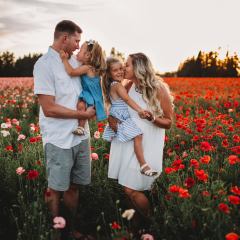 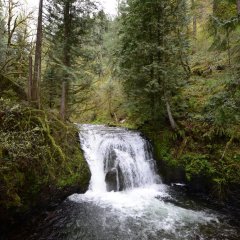 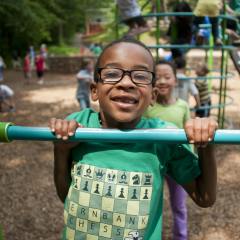 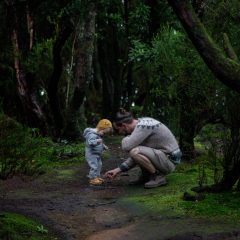 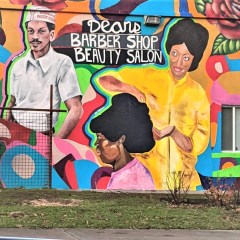 8 Places to Learn About Black History in Portland 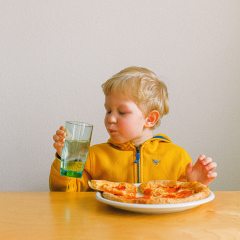 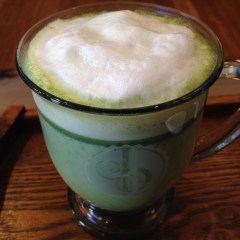 Cold Out? Head to These Hot Spots for Warm Drinks 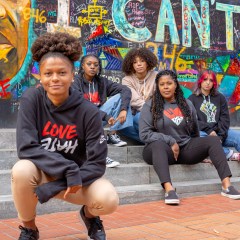 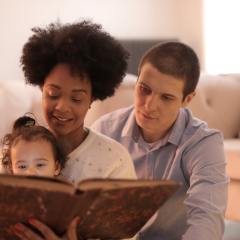