It’s a big festival weekend here in Stumptown, with a couple of debuts in the lineup, including Portland’s first Kids’ Film Festival and the Portland Winter Light Festival. Additionally, you can kickoff the Year of the Monkey with two events or go see clowns doing crazy acrobatics and hilarious physical comedy to raise funds for Clowns Without Borders. If you’re feeling a little a little love for crafting, head to Home Depot o build a mailbox for all of those valentines. Read on for details on what to do with your weekend below. 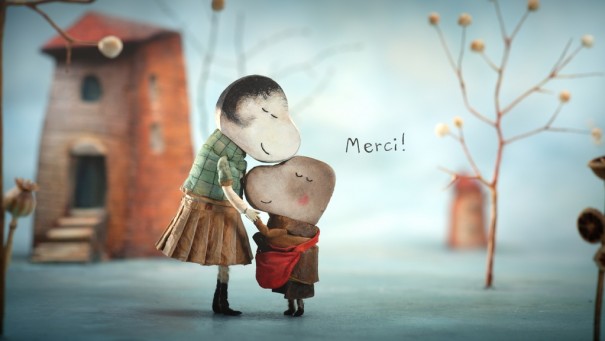 Enjoy the Drama at Portland Kids’ Film Festival
Portland’s first ever international children’s film festival will showcase be an animated shorts program for children ages 3+ and a live- action shorts program for children ages 8+. The shorts programs feature films from Europe, Asia, Canada, and have been curated by the Northwest Film Forum, and have been named “The Best of The Fest.” The festival will close with the Academy Award Nominated film, Ernest and Celestine (rated PG) featuring the voices of Lauren Bacall, Paul Giamatti and Forrest Whitaker. The children will receive ballots to vote on their favorite shorts, and have a chance to win fun festival prizes. The festival will also feature booths with local filmmakers and screenwriters. Sun., 10 a.m.-4 p.m., $9/person per screening, Ages 3-12. Event details.

Portland Winter Light Festival
For those of us who miss all those glorious holiday lights, have your kids bask in the glow of this illuminating festival, held on the grounds outside of OMSI, and continuing along the East Bank of the Willamette River. Go on a lighted bike ride, or sit back and watch a light puppet show. The kids will be sure to “ooh” and “aah” at the beautiful light creations of more than a dozen artists featuring huge light sculptures, projections and performances. Fri.-Sat., Dusk, Free, All Ages. Event details.

Clowns Without Borders Benefit Show
The area’s top variety and circus performers put on an amazing, hilarious, family-friendly show to support a great cause, astounding feats of juggling, wondrous aerial acrobatics, top-notch physical comedy, and live music. All proceeds go to benefit Clowns Without Borders-USA, which sends professional performers to volunteer in areas of crisis around the world, to relieve stress and suffering through laughter and play. Sat., 7:30-9:30 p.m., $12/child; $22/adult, All Ages. Event details.

Chinese Cultural Fair
Celebrate the Year of the Monkey with food, vendor booths and dances from lions, dragons and children. Sat., 10 a.m.-5 p.m., $8/person; free for children 3 & under (see website for coupon), All Ages. Event details.

Build a Valentine Mailbox
What to do with that overflowing collection of school valentines? Instead of the usual brown paper bag this year, let your little DIY-ers make their own wooden mailbox. Home Depot’s free workshop teaches kids of all ages to build, paint and personalize their own adorable Valentine mailbox. Participants also get a certificate of achievement, an apron and a commemorative pin. Moms and Dads will be inspired to sign up for one of the many free adult workshops (and maybe pick up that extra gallon of paint you’ve been meaning to get). Register in advance. Sat., 9 a.m.-noon, Free, All Ages. Event details.

Celebrate the Monkey With a Dragon Dance and Parade
This traditional-style Chinese parade ushers in the New Year and begins at NW Davis and 4th and continues for a mile through Chinatown. Sat., 11 a.m.-2 p.m., Free, All Ages. Event details.

What’s your family up to this weekend? Let us know in the comments below! 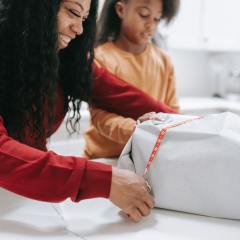 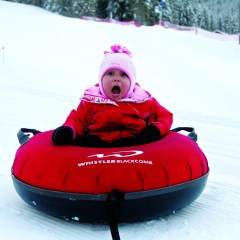 Slide into Winter at These Tubing & Sledding Spots 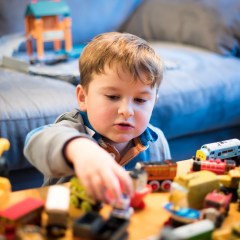