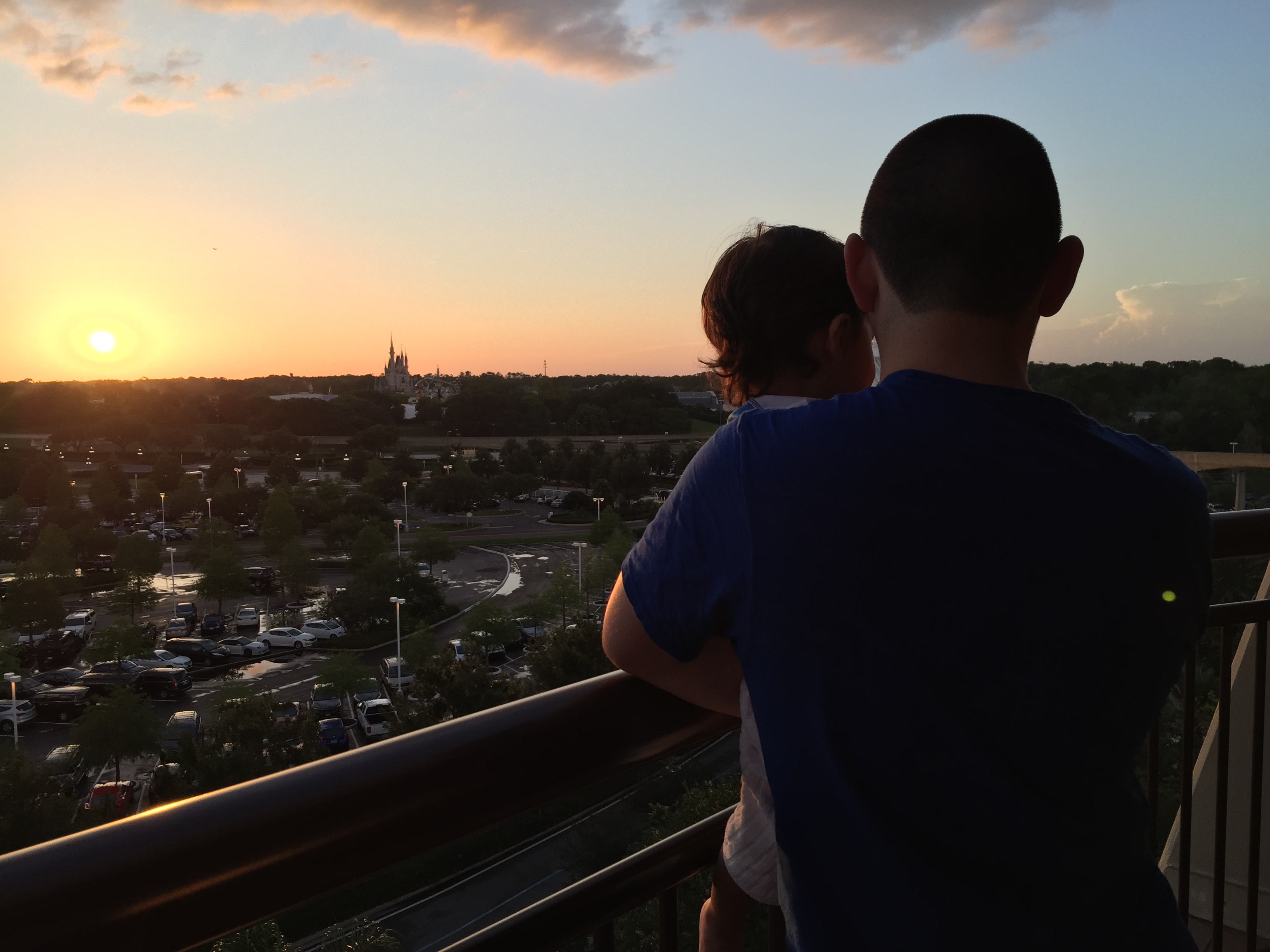 I love to vacation and I love to get away, but if anyone tells you that flying across the country (and I mean from the very west coast to the very east coast) toddler in tow, in the hot tropical heat, trying to dodge thunderstorms, and constantly reapplying sunscreen is relaxing, I’d say BS! For those who have done it, I don’t have to tell you. You know all too well that vacations or getaways take on a whole new meaning when you do it with kids. It’s a lot of work, but is it well worth it? Yes. Yes! YES! I’d do it all over again!

We spent a week in Orlando, Florida at the happiest place on earth! I’m not sure if that accolade is strictly reserved for Disneyland in Anaheim, California, but it is DisneyWORLD, so let’s call it the happiest place on earth! This trip was full of firsts for us. First time flying with a “lap infant,” as airlines call under-2-year olds. First time in Florida and at Disneyworld for Tyler and me. Our first weeklong family vacation and many many more firsts.

I won’t bore you with the logistics of travelling with a toddler. If you do want to commiserate or trade tips and tricks, drop me a comment. I’m all for it! But I do want to relive the moments and memories that are forever in my heart and in the 2000 photos I snapped on my iPhone!

Aside from us telling Tyler who certain Disney characters are and what our vacation was about, he had no familiarity or association with the characters and rides. For that reason, I was hoping he wouldn’t freak out at giant costumed characters, which he didn’t! If you asked me to narrow it down to three things, I could tell you that the three highlights for him were character dining, riding the monorail, and driving at the Tomorrowland Speedway.

Character dining. We dined with Chef Mickey. We united with our Ohana and brunched with Lilo and Stitch. We had lunch with Pooh and Friends in the 100 Acre Woods. We recharged in Africa with Mickey and Friends after embarking on the Kilimanjaro Safari. And when our last day rolled around, we said our farewells to Disneyworld at brunch with our friends from Fantasyland. You could just see the excitement and adoration in Tyler’s eyes as he was greeted by Mickey Mouse. He was his sweetest most cuddly self when Stitch and Pooh came to visit. He gave out high fives and kisses and the occasional boop on the nose. You can just see the excitement on his face! It made me remember the wonderment and I could just see and feel it through his eyes the way I once did as a kid. That was pretty special and and something I hope to experience again soon.

The monorail. Such a simple, and very convenient mode of transport, but it never ceased to amaze and excite Tyler. Sometimes he’d ride the monorail on the bench with us. Sometimes in his stroller. Other times, he’d stand up and hold on to the pole. But no matter what, he’d joyfully point out in his sweet little voice to all the other riders (multiple times on each trip too) that we were riding the monorail. “Monrrraaail!” He’s still talking about it and just yesterday called a passing lightrail “monrail!”

“Drive! Drive!” *Steering hand motions* This kid loves cars, trains, trucks, and things that go. Things with wheels, horns, engines, or motors that go fast and can make you dizzy are his cup of tea. It was no wonder he loved the Mad Tea Party. But the Tomorrowland Speedway had to be his favorite ride. Our first time on the ride, Kevin and I let Tyler take the wheel and it was the jerkiest car ride of our lives! We screamed and laughed so hard as we repeatedly hit the rails. The other drivers were sure to keep their distance. We had to pry his hands off the steering wheel at the end of the ride. The ride operator shook his head and said we’re going to have a tough time with this one once he’s a teenager. Ugh, I don’t even want to think that far ahead. And hopefully this is not a foreshadowing of when he learns how to drive. Kev took Tyler on the ride a couple more times too. I had to stay in the grandstand because I was getting sick. A jerky car ride and the smell of fuel do not mix well with a bad cold. When we got back to our hotel room, Kevin showed me how he was thrown from side to side and how he was yelling each time they hit the rails. It was much to Tyler’s delight as he giggled watching and hearing his daddy recount their latest race for mommy. Just making the same jerky motions and talking about how Tyler is a crazy driver instantly triggers steering motions, car sounds, and loud giggles. Music to my ears!

For me, the highlight of the trip was experiencing the magic and awe through Tyler’s eyes. People tell me that there’s nothing like reliving your childhood through your child’s eyes and they’re right. Spending an afternoon at the park, meeting the characters, going on a new ride. These things just take you back and give you all the feels. You forget about all that’s wrong in the world and remember all that’s right–the sweet innocence, imagination, exploration, and magic of being a kid. In those moments, you’re a kid again and the everyday stressors and the responsibilities of adulthood go away for a little while. It’s fun, refreshing, and so heart-warming and something I wish I could just bottle up and take a whiff or a swig of anytime I’m in need  of a little pick-me-up.

Is it really any surprise that I’m going through these post-vacation withdrawals that have me wondering why we ever came home in the first place? Take me back to Neverland! But all post-vacay sadness aside, it really was the trip of a lifetime and the magic and memories will never fade. 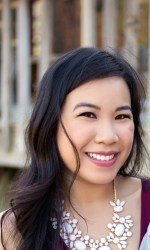 ABOUT THE WRITER Kathee Foley
Hi! I'm Kathee! I hope to inspire and find inspiration in my everyday. I love to share stories and I enjoy opportunities that allow me to be creative. Family, food, crafting, and planning are my passions. I'm excited to join the Red Tricycle community and can't wait to connect!
MORE FROM Kathee:
Post-Vacation Withdrawals, Love. Giggles. Littles., Oh, Sweet Little Sunday.
Red Tricycle > Spoke Contributor Network > Post-Vacation Withdrawals