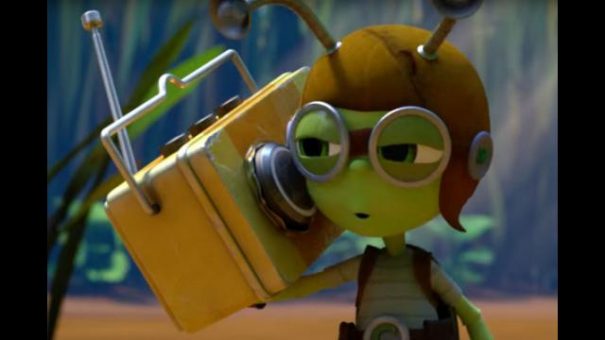 It’s pretty rare when pop culture icons can entertain generations, but Beat Bugs has managed to capture lighting in a bottle with a show that appeals to both kids and grownups. And now, the producers are applying this same genius model to a brand new series that the whole family is sure to love.

Grace/Beyond, the production company behind Netflix’s hit animated series Beat Bugs, is partnering with Universal Music Group to create a new show that introduces kids to music legends. As Variety reports, Melody Island will be an animated series set in a tropical island world. Each episode will feature a story inspired by a particular UMG artist or song. The show will also have live-action segments hosted by pop culture icons that will introduce a craft or activity kids can do at home that ties in with the story.

Sounds a little bit like a mash-up of Beat Bugs and Yo Gabba Gabba, which means it will be 100% fun for the whole family. No word yet on when the new show will debut.

Are your kids Beat Bugs fans? Tell us in the comments below.