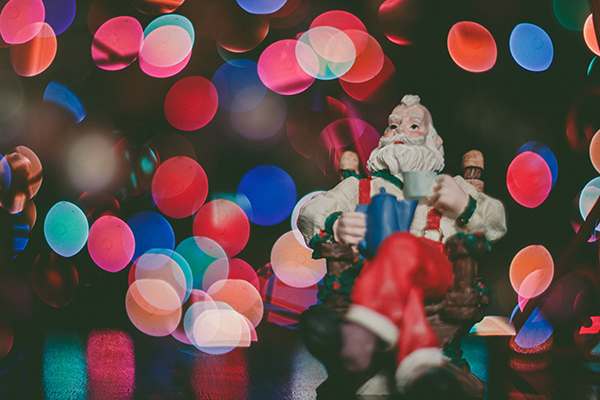 Our family celebrates Christmas, but — hold onto your seats — we don’t believe in Santa Claus. Yes, you read that right. This family doesn’t believe. Yet, we are perfectly capable of enjoying the holiday season just as much as committed believers. As a matter of fact, we go all out for the holidays. We decorate our home, perhaps a bit excessively. We take turns playing our favorite holiday songs in the car. And we come together for a festive meal and gift exchange. However, when people learn that we’ve never played along with the Santa Claus fantasy, we suddenly become Grinches, Scrooges, or down-right dream crushers. Yes, I’ve been called all of the above, mostly by friends and family members, but there are probably others who share that opinion.

Santa Claus wasn’t a part my own childhood, nor that of my husband’s. So when we had kids, the Santa issue didn’t even cross our minds until our oldest son began attending school. One Christmas he asked us why none of his presents were from Santa Claus. The question caught me by surprise, but I certainly didn’t want him to think he was a naughty child because…well….he isn’t. There was a pause while my analytical brain went to work, and some seconds later I had decided that I didn’t want to lie to him. I’ve always encouraged honesty, and playing along with a lie just because everybody else does it didn’t feel right. The day would come when I’d have to confess that there is no Santa Claus, and I knew I would feel awful admitting it. Besides, I didn’t want some fake, white-bearded man taking all the credit for my gifts.

Now, I know I’m not alone. I know I’m not the only mother who doesn’t sell her kids the Santa story. There are people from various faiths who don’t celebrate the holidays with Santa, but sometimes it sure does feel like we are the only ones. Even though we have stressed to our kids that they are not to discuss Santa’s existence with ANYBODY, kids will be kids and forget what you tell them. And that is why my husband was apprehended by a fellow first grade parent demanding to know why our child had told his son that Santa Claus doesn’t visit our home. Technically, our son had not said that Santa wasn’t real, but he had revealed enough information to threaten the existence of the man in the red suit. Let’s just say that it was an awkward conversation where we apologized for the incident but explained — to another adult — that we don’t believe in Santa. We were blacklisted from playdates with that family.

So, I may not be the only mom who doesn’t sell the Santa story, but I am certainly in the minority. Sadly, it seems that some Santa proponents expect us to also shoulder the burden of propping up the illusion of a Santa Claus. While I would never intentionally crush a child’s belief in Santa, I have to wonder why more parents who partake in the Santa tradition don’t tell their kids that some people don’t believe in Santa Claus. That would make things sooooo much easier for everybody. I propose two requirements for getting gifts from Santa: (1) You’ve been good, and (2) You believe in Santa. And, if a friend or family member doesn’t believe in the Jolly Old Fellow, that’s okay. Because there are many, many ways to celebrate the holidays. 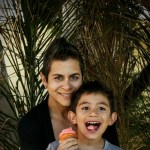 ABOUT THE WRITER Judet Diaz
yet Another Breast Cancer Blog

I wear various hats. Grant writer, program evaluator, mom, and wife are just a few. I like to make soap, crochet, and work on DIY projects. As a young breast cancer survivor, I also look for ways to connect with and support women diagnosed with breast cancer.
MORE FROM Judet:
Ideas for Getting Through the Holidays, Thoughtful Gifts for Breast Cancer Patients, Making Soap and Winding Down
Red Tricycle > Spoke Contributor Network > Psst…Some People Don’t Believe in Santa Claus