Raising our kids in this day and age isn’t always easy and what we say, both to our kids and to each other, really matters. Unintentional hurtful communication is a reality, but with time and a greater understanding of one another’s experiences, we can learn to communicate with sensitivity—especially when it comes to dismantling racism and promoting social justice in our communities. After polling members of a diverse social justice parenting network, we found 10 phrases that should be avoided as we try to manifest a more inclusive and fair society. Keep reading, because the kids are listening. 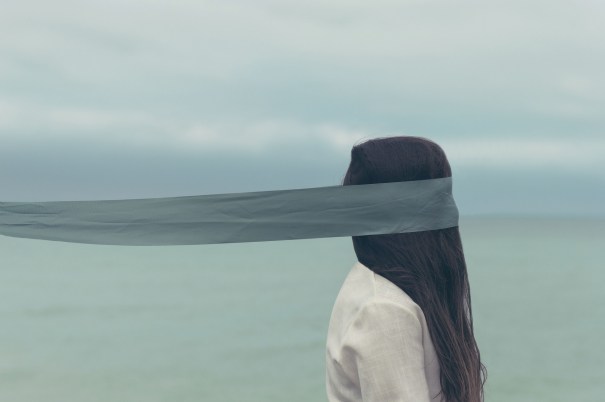 photo: Image by StockSnap from Pixabay

How this can be hurtful: Because we live in a society where people are targeted or denied opportunities because of the color of their skin, it can be insensitive to people of color’s experiences of injustice to make this kind of statement. Saying you don’t see color could be interpreted to mean that you are not aware of, or concerned by, the systemic bias that maintains disproportionate vulnerability for people of color in American society.

More importantly, as a society, we are striving for equity, not assimilation. Being different is not inherently negative; this is a false and divisive worldview. Just as in natural ecology, diversity makes our communities more resilient. We need to acknowledge that we do see differences in skin color but need to be careful not to consciously or unconsciously ascribe negative meaning to the colors that we see.

How to better align our language with our intentions: Perhaps a more thoughtful alternative would be: “I try not to judge people by their skin color.” This is a solid approach because it signals that you are actively engaged in a process of learning and growth. 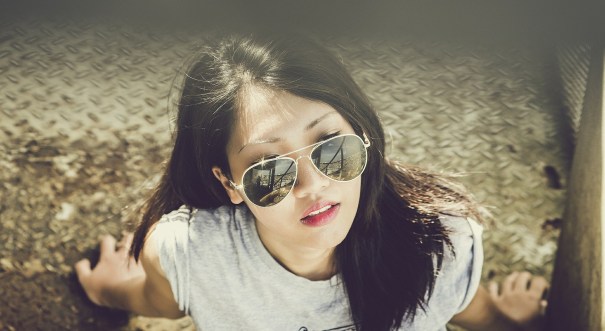 Referring to an Asian or Asian American person as “oriental.”

How this can be hurtful: As a term previously used to dehumanize people, “oriental” is a word that can evoke a racist history and make people feel disenfranchised. To understand this, we have to appreciate the origin and historical usage. Scholars, like Erika Lee, have noted that the word “oriental” was tied to anti-Asian sentiment, violence, and xenophobic legislation (such as lynching and the Chinese Exclusion Act) in the 19th and 20th centuries. In 2016, President Obama had the word “oriental” stricken from federal law.

How to better align our language with our intentions: “She looked to me like she could be of Asian descent.” This acknowledges the limitations in our ability to accurately determine anyone’s race but is a geographically and politically relevant attempt to describe someone. 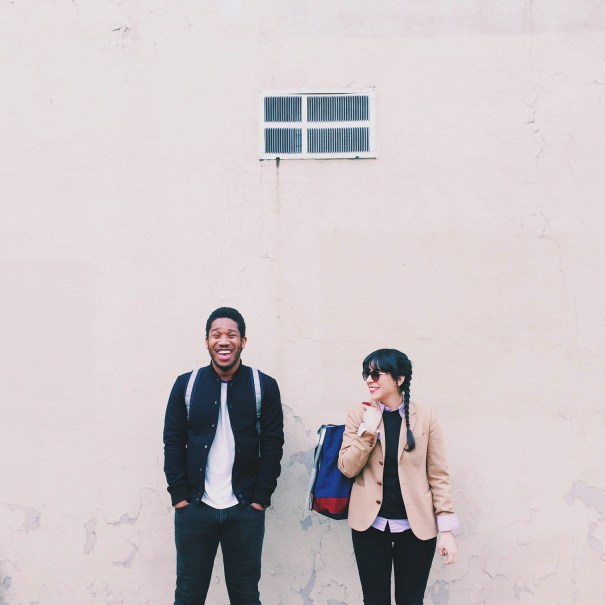 photo: Image by SnapwireSnaps from Pixabay

"I am not racist; my best friend is black."

How this can be hurtful: This is a challenging statement because it compounds a denial of our existential need for growth with the myth of racial homogeneity. In general, there is always room to grow in our sensitivity and awareness; there is never a time that we should articulate our social position as so perfect that we are above reproach or education.

Also, since your friendship with that person of color is probably not predicated on the sole premise of dismantling systemic racism, it is illogical to leverage that relationship in a conversation about racism. You don’t want to exploit and undermine your authentic friendships simply to justify an unwillingness to hear how your words or actions made someone else feel.

How to better align our language with our intentions: Be vulnerable enough to admit that you had not intended to be racist, but there are sometimes disconnections between our intentions and our actions. A more effective statement could be: “I have never been made aware that these actions/this language could be racist or hurtful.” 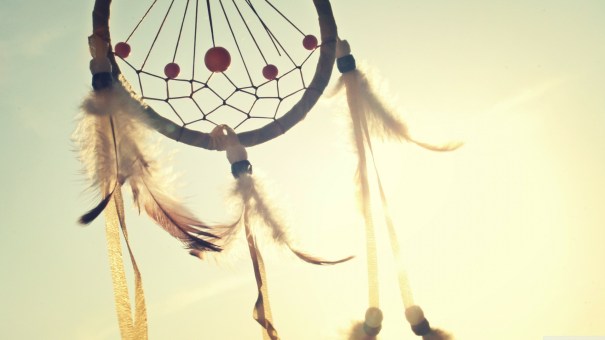 photo: Image by Free-Photos from Pixabay

Calling an Indigenous person an "Indian."

How this can be hurtful: There is such a complex history and narrative with Indigenous Americans who are caught between dehumanizing exoticism and the false perceptions of exploiting government “hand-outs.” Any kind of explicit language, comments or questions reflecting either of these points of view can be problematic. However, it can also be subtly disempowering to call people by a name given to them by their colonizers, rather than using the names that they call themselves.

According to a 1997 survey of Native American college and high school students, reported in Native Americas, more than 96% identified themselves with their specific indigenous nation, and only a little more than half of these youths identified themselves as American citizens. While most of us are not going to be able to discern between indigenous ethnic groups, we should be able to perceive the difference between a person descended from India (an Indian) and a Native person.*

How to better align our language with our intentions: “He is Indigenous” or “he is Native” are better options. Using this language at least acknowledges the connection between indigenous heritage and the land that comprises the United States of America.

*It is worth noting that native is a term that can be used pejoratively, but generically it means “first.” 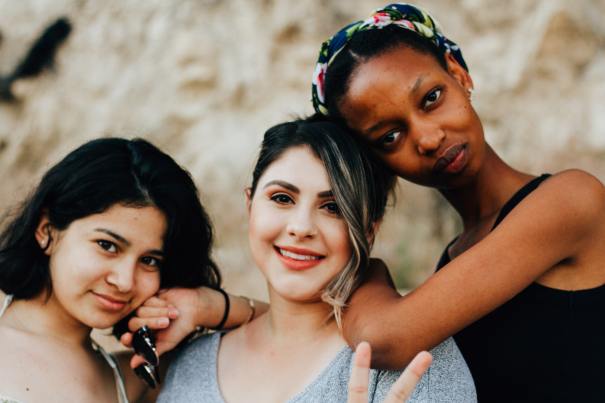 “You are not really like other Mexican people” or “You don’t even seem Asian to us” or “You are not Black-Black.”

How this can be hurtful: Statements like these are making an exception of an individual within a racial group. These are especially hurtful because they are full of tangled racist nuances. In a single sentence like this, you are making several simultaneous assertions that you probably don’t intend:

The person of color on the receiving end of this statement is stuck between a rock and a hard place. The options are either: (1) to reject this offer to assimilate and risk confrontation and fall out in real time or (2) to accept this contingent social proposition and cooperate in systemic racism by reinforcing stereotypes and validating narrow worldviews.

How to better align our language with our intentions: A better approach would be:  “I feel like we have a lot in common.” This signals that you are prioritizing the things that unite you over the things that divide you, which is a step towards humanity. 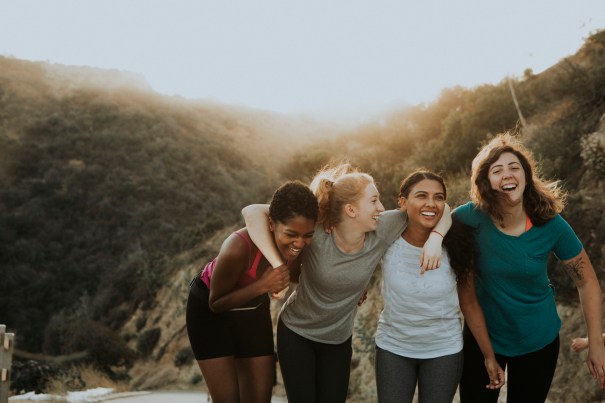 There are also phrases used daily that can be problematic. Here are some common expressions with racist origins:

Gyped/Jipped: This term originated as a racially derogatory word for the nomadic Romani people who have been the target of unfounded accusations of theft.

Grandfathered In: This expression was introduced into our vernacular with the passing of the 15th Amendment. Once black people were granted the right to vote, several states created prerequisites for voting.  The “grandfather clause” exempted white people (who were lineal descendants of people who were allowed to vote before the federal legislation) from having to pass literacy tests or pay poll taxes to qualify to vote.

Moron: This word was submitted by eugenicist Henry Goddard to describe people of inferior genetic characteristics. In 1913, he and his staff classified 40% of Hungarians, Jews, and Italian immigrants as “moronic” and had them deported.

Long Time, No See: This expression is pidgin English, and it was originally used to mock the way Native Americans and/or Chinese people spoke English.

Peanut Gallery: This is a classist and arguably racist reference to describe the least expensive seating in theaters, which were often occupied by black theater-goers.

21 Places to Visit to Understand Race in America

How to Teach Children Compassion

How to Educate Your Children on Riots & Protests