The Halloween candy is still stashed in your cabinet and your kiddo’s costume isn’t even out of the bag. Yes, Halloween is still more than a few days away. But that hasn’t stopped the buzz about Starbucks’ epic holiday coffee cup. Ahh, the big reveal! Okay, so it hasn’t really happened. And it won’t happen for a few weeks. At least, not officially. That said, you can still get a glimpse of the 2017 holiday cup design — as revealed by one Reddit user! 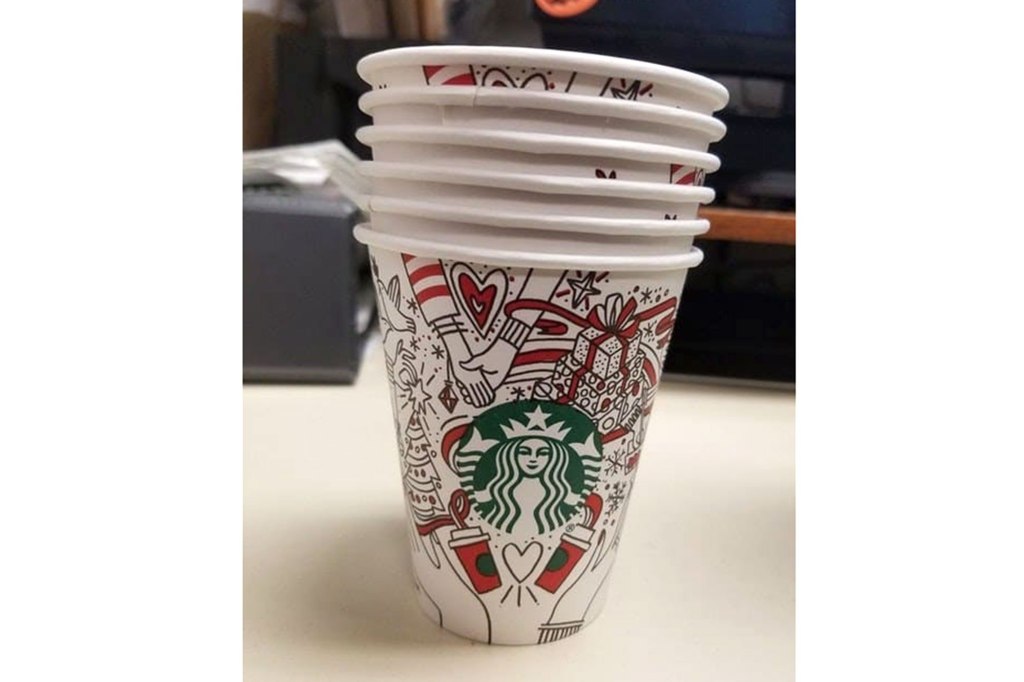 Earlier this week Reddit user DarthSpoopy (who we’re all guessing works as a barista, based on the caption) posted a pic of a stack of Starbucks cups. The hand-drawn-ish design features a white cup with black lines and some red and green fill.

What’s drawn on the cup? Along with more cups (they’re red and green), and you’ll find a Christmas tree, some hands holding each other, doves, snowflakes and presents.

Oh, and if you’re looking for the sneak peek on Reddit, you’re not in luck. The photo, which was submitted on October 17, has since been deleted (along with all of the comments). The post, which reads, “Just got it in our order. Holiday short cup design!??” still remains.  And, of course, Starbucks is keeping mum when it comes to the validity of the photo. Hmm.

What do you think of the 2017 holiday cup? Share your thoughts in the comments below.