You know Dasher and Dancer and Comet and Vixen, but do you know that reindeer grow beards in the winter time? Read on to learn some fascinating facts about reindeer, just in time for the holidays. 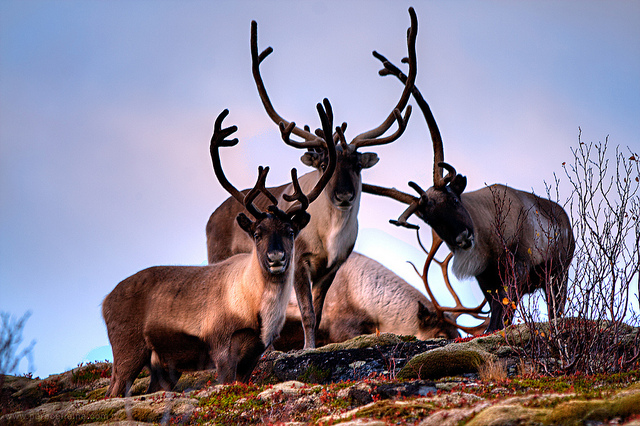 1.Rangifer tarandus is the scientific name for the animal we most commonly call reindeer. They are in the same family as deer, and there are more than a dozen sub-species.

2. In the wild, some reindeers travel more than 3000 miles in a single year.

3. In North America, reindeer are also known as caribou, although the current “taxonomic jury” is out on that all species of reindeer are caribou. Most people use the terms interchangeably.

4. Reindeer like it cold! They are native to Arctic and subarctic regions as well as tundra and boreal (read: snow, snow, snow!) to northern Europe, Siberia and North America.

5.The indigenous people of Finland, the Saami, have more than 400 words for the food, tools and other products taken from reindeer. Their word for reindeer, raingo, may be where the common name is derived.

6.Reindeer beards? In the winter time for reindeer grow their facial hair long enough to cover their mouths, which protects their muzzles when grazing in the snow.

7. Male reindeer have louder calls than females. Males use a small pouch under the skin of their throats which they inflate to blast out a loud bellow. 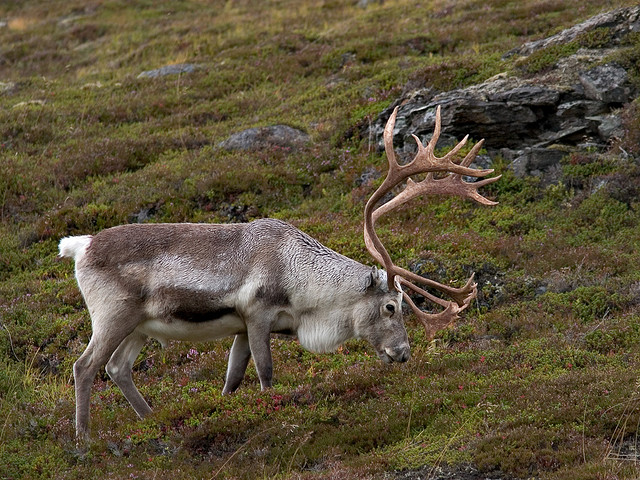 9. For almost all kinds of reindeer, both male and female reindeer have antlers. Females shed their antlers when they give birth in the spring.

10. The Finnish Forest Reindeer, arguably the reindeer of Santa Claus fame, are the largest reindeer species. They are over 7 ½ feet long.

11. Finnish Forest Reindeer’s hooves have a special scoop that helps them forage through the snow for lichen and moss.

12. In warmer months, reindeer feast on grasses, mushrooms and plants. In the winter they feast mainly on moss and lichen.Reindeer have a strong sense of smell, which helps them sniff out food underneath layers of snow.

13. In many cultures, Reindeer are used  pull sleds and sleigh. There’s evidence of this dating back 7,000 years ago in Siberia!

Got a cool fact about reindeer? Share it with us in the comments below!