How to Explain Memorial Day to the Kids

For many families, Memorial Day means a much-needed long weekend, or an excuse to grill and pack a picnic. If you don’t already, this year take a minute to teach kids why they actually have that extra day off school. Read on for the low-down on what Memorial Day means and how to explain it to the kiddos. 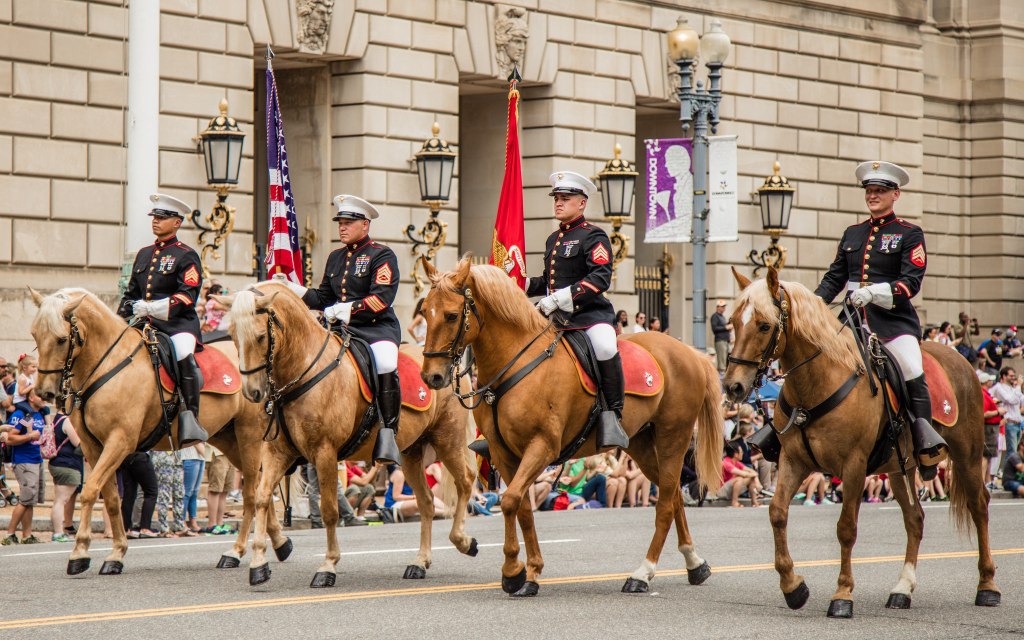 Start with the Basics

In a nutshell, Memorial Day is a day of remembrance for those who have died in military service. Originally called Decoration Day because a procession would lead to a cemetery where the graves of fallen soldiers would be decorated with flowers— a common practice among people for generations before it “caught on” as an official holiday. It didn’t become an official US holiday until 1966. After World War I the holiday was changed to honor all those who had died during military service (not just during the Civil War). In 1971 congress changed the date to be the last Monday in May, in order to insure a three-day weekend.

Playing a simple memory game with the kids, or talking about any person, place or event you remember can help start the conversation about remembrance.

What is the military?

Ask the kiddos if they’ve heard of the Army, Navy, Airforce, Marines and Coast Guard. This is the military. The military is part of our government, and is made up of people who have agreed to join the Army, Navy, Airforce, Marines or Coast Guard, in order to become part of this branch of the government. They are trained for many situations, including emergencies at home. Their goal is to protect people who live in their country (and elsewhere).

Do you know the difference between them and what special skills or equipment they use? (As in airplanes, naval ships, etc.)
Kids can draw or find items in the house that represent the different military branches.

If you’ve already talked with your kids about death, you can use comparisons with how you remember a deceased family member or if you have a family member serving in the military, you can help make the connection to the significance of the holiday. Unlike Veteran’s Day, which is a day to thank any veteran—living or dead—Memorial Day is a tribute to the many men and women who have served the country and died during service. This does not mean they died in a war, but rather that they served.

Visiting a cemetery is a common way to pay tribute and many cities and towns across America still have Memorial Day parades that lead to the cemetery where flowers are laid on the military graves. If your town doesn’t, we’re betting  you can still find a military grave (or a few dozen) in your local cemetery. Bring a few flowers or small flags and go looking.

Use this day as a history lesson.

The US suffered a great many lives lost in the Civil War. On May 1, 1865 African-Americans in Charleston held a remembrance parade and rally followed by picnicking, military drills for the public and speeches—one of the first examples of our modern traditions. Not long after, General John Logan, a commander of the Grand Army of the Republic, made an official declaration that fallen Civil War soldiers would be honored on Decoration Day, which would be held on May 30th, 1868. Throughout the country, flowers, mementos and other decorations were placed in cemeteries and on graves. At Arlington National Cemetery, the first Decoration Day included a speech by General James Garfield (who would later become the 20th president of the US) and the decorating of 20,000 graves by the more than 5,000 people who had gathered.

Why May 30th? It seems it was a “safe” day, as it didn’t have any connection to an existing battle’s anniversary. More than two-dozen towns lay claim to the first Memorial Day. Started after In 1966 then-President Lyndon Johnson said officially it was Waterloo, NY but the debate still remains. New York was, however, the first state to recognize the day officially (in 1873). Eventually it became the last Monday in May, rather than May 30th.

Wearing red poppies in honor of the men and women who have died in combat was started in the 1920s by the Veterans of Foreign Wars (VFW). Today buying a red paper poppy for you lapel goes to help the efforts of the VFW, the American Legion and other military support groups. The poppy comes from the poem “In Flander’s Field” by WWI Col. John McCrae, who wrote it in response to his sorrow over seeing row after row of soldier’s graves.

How to Explain Veteran’s Day to Kids