Remembering Gigi: How to Keep the Memory of Loved Ones Alive for Children 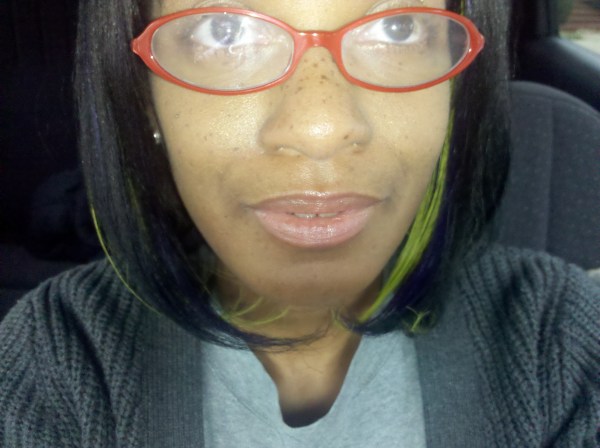 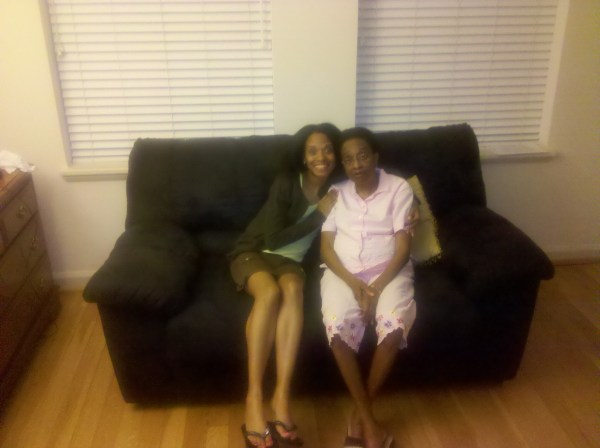 “She’ll never remember my mama,” I cried into my husband’s arms. We were standing outside of the local hospital in the July heat last year, digesting the terminal diagnosis my mother had just been given.  Was it the humidity or the moment that prevented me from being able to take a deep, cleansing breath? I couldn’t tell.   Yet, through my foggy feelings of otherworldliness, my thoughts raced wildly, crashing against my skull like angry salt filled waves and settled on my 2 and a ½ year old daughter and the beautiful relationship she shared with my mother, her “Gigi.”

How would she ever recall the hours that she spent crawling on her grandmother’s lap playing Patty Cake, visiting her in her senior living complex, being fed salt n vinegar fried pork rinds (without my consent), while grooving to the sounds of Earth, Wind and Fire,  and babbling to her on the phone in the evenings? All I had to do was strap my daughter in her car seat, turn the car in one specific direction and she recognized that we were going for a visit to grandma’s. “Giiiiggiiii…she would sing, sucking decadently on her pink pacifier in anticipation of seeing one of her favorite people. What would I do when my daughter asked for her? For the first time since becoming a mother, I felt completely powerless.  I now knew what a chicken felt like once its head had been chopped off. Though its life is obviously over, the remaining part of the body frantically runs around in disbelief; not wanting to believe that what’s happening is in fact, happening.

Once Gigi left us, the challenge was explaining to a two year old in some manner, where “the nice older lady went.” Several people told me: “She’s 2 and in a few months, your mother’s absence won’t matter.” And of course, scientifically, much of this is true. There’s only so much that a toddler’s brain can remember once an item or a person is out of their sight. The goal for me however, was to help her maintain some semblance of memory or feelings of affection that she felt for her Gigi.

While my husband and I did the normal parental duties of explaining to Harper that Gigi went to live in Heaven, we also included her in our prayers and in stories that fascinated the heart of a toddler.  I soon learned that I had very little to worry about in terms of her forgetting.  Through my daughter’s actions, it quickly became apparent that my mother was intricately woven into our lives in such a natural manner that even after an entire year, Harper still knew exactly who she was. If I pulled up a picture, she would yell: “Hey! That’s Gigi.” On the anniversary of my mother’s transition a few weeks ago, curiosity got the better of me. After Harper saw a picture of her and sang out her name, I asked: “Harper, do you know where Gigi is? Where is Gigi?” She quickly replied with confidence: “Upstairs,” smiling and pointing her tiny, brown index finger up towards the sky. I laughed at her terminology that obviously meant Heaven.  “With Jesus,” I probed. “Yes, with Jeeezus…” she sang flashing her classic, toothy grin.

I totally get that a toddler has very little understanding of the phenomenon of people being absent, yet present; or even comprehending the idea of locations here on earth versus the afterlife; but I feel that we’ve at least established a foundation so that when she is older, she’ll hopefully have basic knowledge of how some of this works and a few items in her toolbox to properly cope.

It comforts me to know that my husband and I live beyond “the talk.”  A spirit of healing has permeated our space and the head that felt so abruptly chopped off last year, has gradually been replaced and fits more squarely on my shoulders.  This is because we’ve extended the presence of our loved one past a mere event so that to my daughter, her grandmother still exists…just someplace else.

The most incredible thing is that months later, my daughter got an action figure that was skinny with a large head and wore huge glasses. She named it Gigi. I’ll be the first to admit that there are a few similarities even beyond the glasses.  She talks to it and often sleeps with it. It’s completely precious, but I’m not able to fully explain it.  I don’t know the inner workings of the brain’s cortex and how memory and loss is filtered through the consciousness of a 3 year old’s mind. But I believe that because of our faith, stories and family traditions, Gigi remains in our lives and certainly in the heart of our daughter.

Looking for ways to help your little one cope, and maintain memories with loved ones they’ve lost?

Explain that they’re gone as simplistically and clearly as possible.  Provide a concrete location based upon your beliefs. (Heaven, etc.) Let them know that it’s okay to feel sad and to miss their presence. Show pictures of the loved one or have a picture displayed as they are still a normal member of the family. Tell stories about your loved one to encourage dialogue and solidify their place in the family’s history. This helps your child to learn even more about them. Read books that explain life transition. Encourage artwork or role play for older children to cope with the loss. Seek advice from your pediatrician, a child therapist or faith leader for additional help.

I've been a writer and an educator for over 20 years. I'm now a stay at home mom, online instructor and blogger. Teaching and being a mom inspired me to encourage mothers and share information about the joys and challenges of mommying. (lovetomommy.com)
MORE FROM Paula:
Avoid Pressuring Your Child Academically, Parents Modeling Good Behavior, Mean Girls 101
Red Tricycle > Spoke Contributor Network > Remembering Gigi: How to Keep the Memory of Loved Ones Alive for Children