Returning to Work After 6 Years as a SAHM: 4 Things I Learned 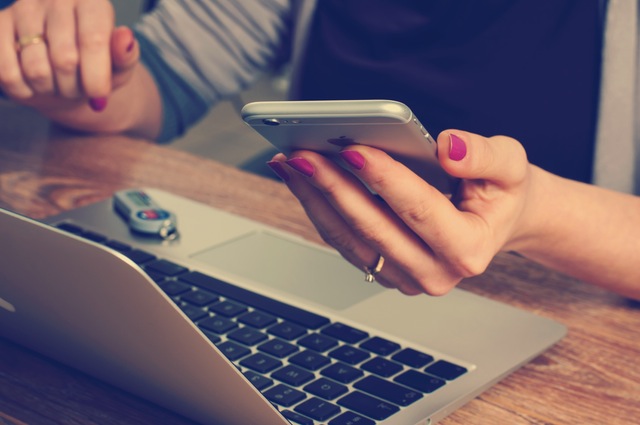 For six years I was a stay- at-home mother to our two daughters. I found great joy being with our children and took advantage of the time to get my Master’s degree, obtain certifications, and volunteer for our community and school. Six years later and it was time for me to jump back into the workforce. Prior to being a stay-at-home mother I was an officer in the Army and worked at a local non-profit in an office setting. The entire experience of “starting over,” from the first draft of my resume to showing up for the first day of work took about eight months – much longer than I expected and planned for. Some months were better than others; some led somewhere and some led nowhere. Most of the things I learned along the way could be applied to anyone going back to the work force. Here are a few things that I learned.

You cannot do it alone. Let people know that you are searching for a job. At first I didn’t. What if I don’t get a job? What if I lost all of my skills? What will people think? I was worried that if I told friends and family I wanted to return to the workforce that there would be tons of criticism or discouragement, or even embarrassment!  I worried that I would never find a job and look foolish. I finally decided to take a deep breath and admit it. Soon after, a college classmate, Kevin, introduced me to the hiring manager of a former employer of his. With her, I had my first interview! It didn’t work out but I was one step closer to knowing what I wanted. George, a parent at our children’s school, introduced me to his friend for an informational interview, and volunteered to watch our younger child so I could go. My friend Sally came over and helped me pull interview-type, smart outfits together. Greg and Laura invited over our girls for a playdate so I could go to a job-fair. Vera took my daughter home from school and Elisabeth proof-read a presentation. Mesi and Lisa babysat whenever I needed it. Friends helped me with logistics, my husband helped me with interview practice, and my sister provided comic relief. I reached out to friends and former colleagues who were all willing to help. I could not have done it alone and no one should expect that of themselves.  Our children need us for their transitions, and we need others as well.

Focus on the goal. My goal was to find satisfying work at a similar compensation I had before I left the workforce. Knowing why I was looking for work helped me bounce back after any negative encounter. Once, in the first minute of a phone interview with a potential boss, I was told, “Listen you took too much time off. This job is probably too hard for you.” For a second, I was too shocked to say anything, but I cleared my throat and responded, “I’m sorry you had that impression of me. If you look further on my resume when I was a U.S. Army officer serving in Iraq, I was able to think quickly and clearly on my feet, even in tense situations.” The phone interview continued, and I was invited to come in for an in-person interview, but that first interaction told me that this job would not fit in with my goal. I declined the in-person interview. Sure, I was looking for a job but I wasn’t out looking for just any job; I needed something that would be satisfying, professional environment. Dealing with a boss who had that negative attitude towards people who take time off to care for others wasn’t someone I wanted to work for. The interview process goes both ways – focus on your goals and you will get there.

All good things come to those who wait. Finding a new job is hard. I hoped that it would take two weeks, but it took eight months of continuous effort.  I won’t sugarcoat the struggle I went through and the doubts I had about myself. But each small setback prepared me for the next step. I became much better at telling my own story as time went on, and I improved my interview questions and answers along the way. Results came slowly but surely as I went through the process, and by the time I entered into my fourth round of job fair/interviews, I was self-confident and prepared to answer almost every question I was asked. I knew what outfit to wear to feel my best, I knew which words to describe my past experiences, and I knew how to project that I was to be hired based on my future potential and not the fact that I was out of the work-force for a while. It takes time to find the right fit – don’t rush it.

Be a good role model. My kids knew something was up. They knew that mom was looking for a job without knowing fully what it meant. I kept my discussions with my husband very positive and upbeat. I never lamented about taking too much time off, because that time was well spent and I cherished being with my kids. They didn’t need to hear anything that would cause them anxiety or worry – that was for us. I also made it a point to be a good role model for all women. At first I almost felt like I needed to apologize for raising our girls, but I snapped out of that quickly. I took time off, it was the right thing for my family, and I didn’t apologize for making that decision.  Own the decision to be a stay at home parent, own the decision to return to work, and people will respect your decisions. 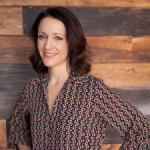 ABOUT THE WRITER Maria Salmon
Maria is a Chicago-based mom, working full-time at a museum and always on full-time for her two girls and husband.  When she manages time for herself, she is learning a foreign language (German) and runs around the Uptown neighborhood in the wee hours.
Red Tricycle > Spoke Contributor Network > Returning to Work After 6 Years as a SAHM: 4 Things I Learned