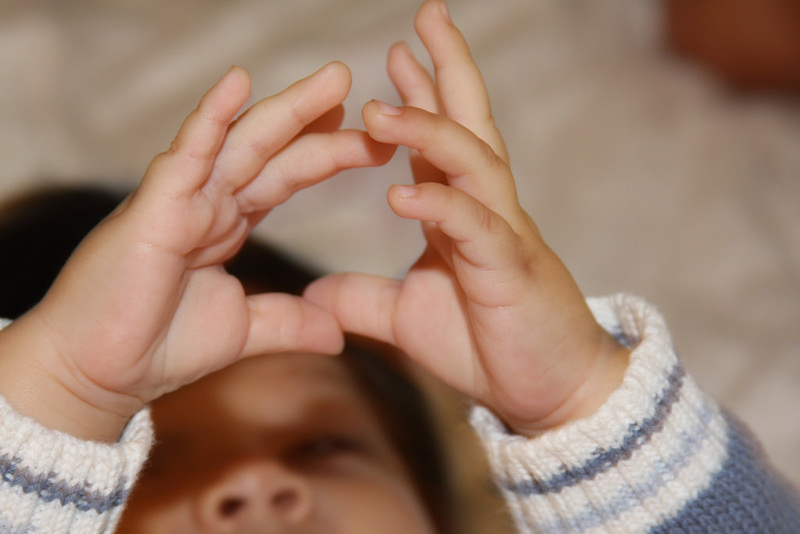 Wondering if your baby will end up a righty or a lefty? Despite popular belief that hand-preference isn’t decided till your child heads to preschool, a new study suggests that it is actually determined long before the baby even makes it out of the womb. Read on to learn more about how your baby’s hand-preference develops.

Research has shown that the brain is split into two hemispheres and it was long thought that there was a connection between hand-preference and a particular hemisphere. A new study, however, shows that hand-preference develops in the womb before the brain’s motor cortex connects to the spine. In other words, when your baby waves to you with that tiny left hand on the ultrasound, it’s not the brain that’s signaling that hand selection but rather genes that are found in the spine itself.

While it might seem confusing when your toddler switches back and forth between hands, remaining ambidextrous up until age five is pretty normal despite the genetics established so early on.

Do you think it makes a difference if your tot is a righty or a leftie? Share your thoughts in the comments.